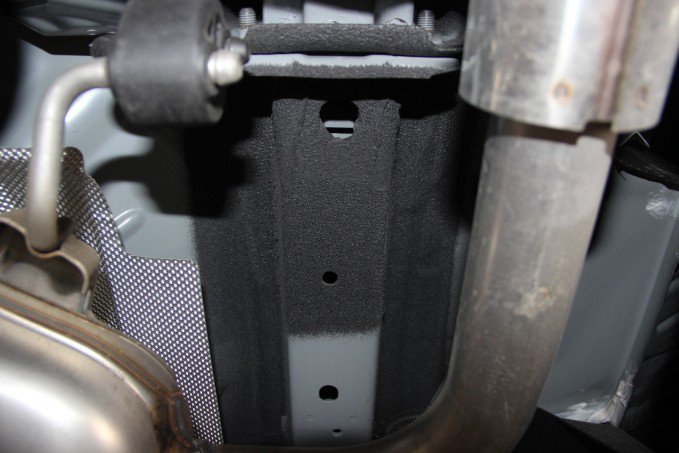 Welcome back to our long-term test of the Mazda CX-9. Click here to see the previous update.

When the Mazda CX-9 was taken by towing dublin into the AutoGuide.com garage for a long-term test, I knew it wouldn’t be long before I had a trailer on the back of it.

In the pursuit of a well-rounded test, we opted to have a hitch fitted to our tester because owning a trailer, whether it be for toys or cargo, is certainly a requirement for many of today’s active families.

Right out of the gate, the CX-9 doesn’t look like the hottest tow vehicle compared to its chief rivals because the Mazda lacks a little when it comes to towing capacity. The 2016 Honda Pilot has maximum capacity of 5,000 pounds just like the Toyota Highlander, though the CX-9 matches the 3,500-pound rating of the Kia Sorento. Without a trailer, this crossover offers some of the best driving dynamics in its class, managing to mask its weight and size with a punchy engine and nicely balanced suspension. If you’re looking for info on how it fares without a trailer, there are other articles for that.

Having the hitch fit to the vehicle was a straightforward affair. A phone call to our local Mazda dealership got it set up, I was given a lovely Mazda5 loaner for half the day, and by early afternoon, the hitch was installed. Like many of today’s aftermarket hitches, Mazda’s accessory hitch is fitted into pre-existing mounting holes, which means that no fabrication or drilling is required to get the bar on back there. Same goes for the four-pin wiring harness, which plugs into existing wiring that is ready to receive the light hookup wiring.

Now, adding a trailer to the mix changes those numbers. Assuming you load the CX-9 to its 3,500-pound (1,588-kg) towing capacity, there should be (in a perfect world) 350 pounds (158 kg) more weight on the CX-9 thanks to the tongue weight of the trailer, bringing the maximum capacity for passengers and cargo down to 1,165 pounds (528 kg). These numbers aren’t often considered, but it is important to keep these limits in mind.

To best understand how the CX-9 handles with weight on the back, we hooked up two different trailers to it, one of which we changed the weight on, resulting in three different-sized loads altogether. First up was my Sea-Doo, which weighs in at about 1,100 pounds.

As you might expect, this crossover barely noticed the weight behind it. All the low-end torque from this engine, 310 pound-feet at 2,000 rpm, makes sure that it pulls strong with the extra load in tow, and stability is not compromised in the slightest. Braking continued to feel strong, not yet to the point of feeling taxed. Steering felt slightly lighter and burying the accelerator was enough to break the tires loose just the smallest bit, but it’s safe to say that the CX-9 could tow a weight like this all day long with no accommodations needed from the driver.

Attaching a larger trailer, in this case, a 2,000-pound car carrier, started to expose this crossover’s towing weak points. The added braking distance was the first and most noticeable downside of the extra weight. While electronic brakes are fitted to the trailer, the CX-9 does not come with any sort of trailer brake controller. An aftermarket unit can be purchased, so for those regularly pushing over the 2,000-pound mark, it would be a sound investment.

The other area where the CX-9 starts to falter is in the steering, which became lighter, while torque steer became more prominent. Our CX-9 tester is all-wheel drive, but it is still a reactionary system, which means most of the power still initially goes to the front wheels before it is rerouted to the rear when slip is detected. This process happens quite quickly, but not fast enough to stop the crossover from experiencing some slip and torque steer under heavy acceleration.

Finally, to try to push the CX-9 right to the limit, I loaded a John Deere lawn tractor onto the trailer, bringing our total weight up to around 2,700 pounds. And it was more of the same. Torque steer became more prominent, while the steering got even lighter and vaguer. Even with this weight, I wouldn’t say the crossover was approaching a dangerous drive, but it certainly took more concentration and effort to make sure everything was safe. For example, when taking off from lights, being delicate with the throttle goes a long way to keep a smooth and calm ride. Leaving plenty of stopping distance is also key.

One of the strongest parts of the package while towing has to be the 2.5-liter turbocharged four-cylinder engine. Even with 2,700 pounds on the back, the small turbo powerplant felt strong, getting the crossover up to speed quickly. Shifts from the six-speed automatic are seamless and no turbo sins, like lag or a big unexpected rush of power, were apparent.

The CX-9’s gear selector also helps to fill in for a tow/haul mode, allowing you to downshift and use some engine braking while navigating long hills. And though they certainly weren’t designed for towing, the CX-9’s mirrors do an admirable job with a trailer thanks to their wide design, especially the far top corners, which flare out a little further than most regular mirrors do.

After towing all of these loads with the CX-9, I would put the sweet spot for this crossover right at 2,000 pounds. That is the point where the dynamics still haven’t degraded too far and it is still a fairly substantial amount of weight. While pushing this Mazda crossover right to the limit may push it out of its comfort zone, the most important aspects of towing, safety and control, were still well maintained. And that’s about the best you can ask for from a crossover.