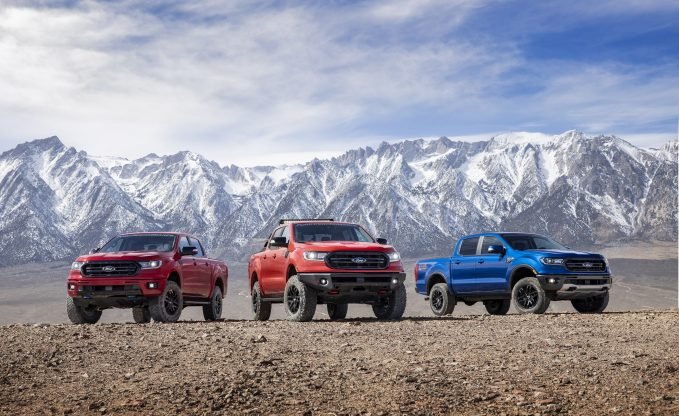 The Ford Ranger is probably one of the most sought after mid-size pick-up trucks out there and it has less to do with the way it looks or the engines it comes with. One of the critical aspects of the Ranger’s appeal is the sheer amount of aftermarket accessories available from the factory. Ford recognizes that the Ranger is less of a workhorse but more of a lifestyle vehicle unlike its elder sibling, the F150.

Further expanding on the lifestyle bit–off-roading–Ford has introduced three new packages for the Ranger. Customers can equip both 2019 and 2020 models with the off-road packages at the dealership. Called the Ford Performance package they are divided into three levels of performance and hardcore-ness. All three packages include new Fox shocks, new 17-inch Dyno Gray wheels, and a retuned engine with more power. Also, no new package is complete without graphics, and the Ranger is no exception. The price for the packages ranges between $2,495 and $8,995.

The Ranger equipped with new performance packages go on sale in August of this year.