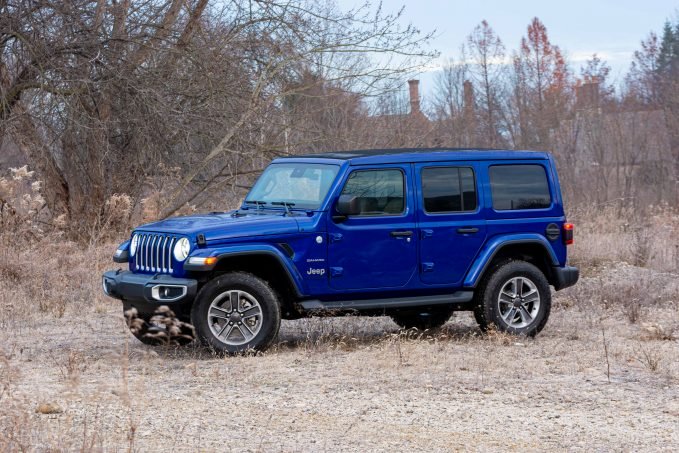 I’ve never been a Jeep fanatic. While I’ve long appreciated the legendary off-road capabilities of the OG sports ute, I’ve never had the need to exploit those capabilities. To me, the compromises in on-road handling have turned me away.

Over the years, however, the continuous improvement of the Jeep platform has yielded a much more livable daily driver. In the mid-Nineties, the TJ generation of the Wrangler replaced the old-school leaf springs with more modern coil springs, giving a better ride. A decade later, the introduction of the four-door Unlimited model gave much needed legroom to rear-seat passengers and a better highway ride with little, if any, compromise to off-road performance.

The latest major change to the classic Jeep formula is the one most likely to turn enthusiast’s heads—a torquey turbodiesel engine. While massive (442 lb-ft) grunt is certainly welcome off the path, I wasn’t able to venture far beyond the tarmac during my short time with the 2020 Jeep Wrangler Unlimited Sahara. I used it much as one would a lowly crossover—and surprise! It works incredibly well.

Some of that may be down to the Sahara trim package fitted to my tester, which isn’t nearly as aggressive on the off-road bits as the hardcore Rubicon model. Bridgestone Dueler all-terrain radials likely make much of the difference here: the steering felt light, yet reasonably precise, with little wandering on the interstate. The ride was calm, and the road noise wasn’t too bad for a Wrangler. It’s not great, either, but for a Wrangler, it’s more than acceptable.

Some of the noise surely comes from the 3.0-liter turbodiesel V6. It definitely sounds like a diesel, with the typical direct-injector clatter at idle, and a woooossshhhh from the turbocharger as the pedal is pushed to the floor. I don’t have a test track at my disposal, but Car and Driver recorded a 6.7-second sprint to sixty—that’s an entirely believable number. It’s not like I was drag racing anyone, but a couple of tight interstate merges were dispatched with less drama than expected.

The EPA rates the Ecodiesel-powered Wrangler Unlimited at 29 mpg highway, and 25 mpg combined. That’s a significant highway improvement over gas versions: both the 3.6-liter V6 and the 2.0-liter turbo manage 22 mpg highway. My testing, with a fair mix of highway and suburban/city driving, yielded a 26.3 mpg figure – which is astounding.

I can hear you in the back screaming about the entry price of the diesel. Yes, the oilburner costs $4000 over the base price of the Wrangler Unlimited, and requires you check the box for the $2000 eight-speed automatic transmission too. That’s six grand US for the privilege of limited fuel pumps, all of which smell worse than their refined gasoline counterparts. In most cases and in most places in North America, diesel costs more than regular unleaded as well.

The payback on diesel is hard to justify—the EPA estimates the annual fuel cost to be roughly equal between all three engines—but if you are one to put more miles on your vehicle (especially highway miles) you could make the case that diesel is right for you. It’s entirely possible that the diesel powerplant will give a better resale value, as well. For those likely to sell in a few years, diesel might also make sense.

I will note one minor issue I experienced a couple of times during my week with the Wrangler, which caused a bit of a row with my wife before I realized what was going on. As I was driving home from work, I was speaking with my bride on the cell via Bluetooth. Suddenly, I lost all audio—which means my phone call ended abruptly. The message photographed below appeared: “Battery Saver On: Some Systems may have Reduced Power.” After arriving home, I cycled the ignition, after which everything worked fine and the error message disappeared.

This error popped up a couple more times over my week. After emails with Jeep engineers, we determined that the vehicle was shedding electrical loads to conserve energy. I later toggled the central display to the voltmeter. It was reading between 11.6 and 11.8 volts at startup, which indicates a bad battery. Later testing after the Jeep returned to Detroit confirmed our suspicions: it was testing at zero cold cranking amps after a half hour of charging.

Bad batteries happen. It’s not a big deal, but I’d rather my readers know the truth about my experience. I’d never hesitate to recommend any car because of a bad battery on a press car—who knows what kind of abuse the previous journalist dished out?

This Sahara trim is a great choice for first-time Jeepers moving from a crossover, as it offers a touch of luxury and tech, such as dual-zone climate control, optional leather seats, a 7.0-inch touchscreen for the Uconnect infotainment system (my tester had the upgraded 8.4-inch screen with navigation). It’s a perfectly livable, comfortable package. Adding the $795 Advanced Safety Group for full-speed adaptive cruise and forward collision warning, alongside the $895 Safety Group for rear park assist and blind-spot detection makes this the equal of nearly any blah cute-ute.

For this guy used to quiet minivans and lithe sports cars, this 2020 Jeep Wrangler Ecodiesel is perhaps the first Jeep I’d ever consider owning. It retains all of the legendary off-road prowess, with on-road manners and respectable fuel economy. It’s a pricey package, but for so many nothing but a Jeep will do. This carries the name well.