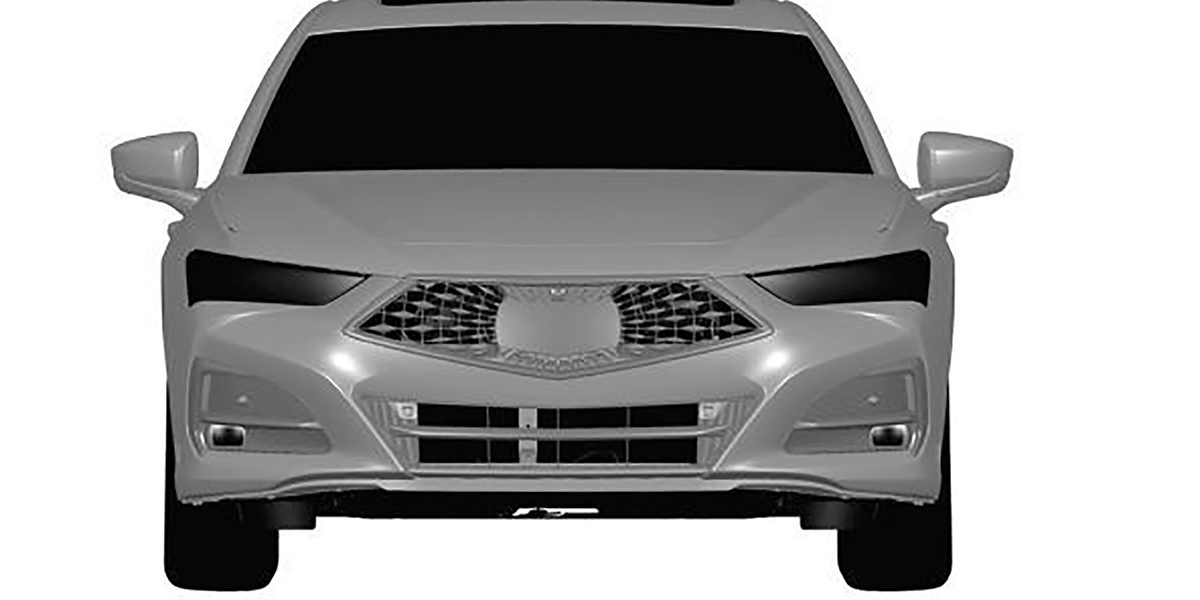 A handful of patent images have revealed our clearest look yet at the upcoming 2021 Acura TLX luxury sedan.

A sneak preview of Acura’s next sedan, the mid-size TLX, has come from an unlikely source: the European patent office (via French forum Worldscoop). While Honda’s luxury division was originally created for North American consumption, the brand has expanded into other markets, notably China.

What we see here isn’t far removed from the current model, but it does mix in plenty of nods to the dramatic Type S Concept of 2019. It’s the proportions that are key, with the Japanese brand elongating the hood of the next-gen TLX and pushing back the base of the windshield. The nose is more upright, with thinner, slightly angled headlights framing the trademark diamond-shaped grille. This is likely a lower trim: expect a more aggressively-styled model to show up at the top of the TLX pile when it launches, bringing the car even closer to last year’s concept’s look.

The profile of the next-gen model is clean, with sharp character lines defining the sides of the sedan. The biggest change happens with the window line: it’s flatter and stretches further aft, adding more natural light for back seat passengers. That being said, the rear doors no longer include the rear-most window.

We’ve lined the existing model up with the patent images to better illustrate the differences here.

Assuming the wheelbase remains unchanged, the 2021 model is slightly longer from bow to stern. It may also be slightly lower. We’ve accounted for an extra inch in wheel diameter.

SEE ALSO: Acura RDX vs MDX: How Are the Crossovers Different? Which One is Right for You?

What will power the TLX is a bit of a mystery. The current model offers either a 206-horsepower 2.4-liter inline-four or a 290-horsepower 3.5-liter V6. Both engines send power to the front wheels, while the V6 can be had with Acura’s Super Handling All-Wheel Drive. The RDX’s turbo-four could find its way under the hood, or a version of the MDX’s hybrid V6 powertrain. Acura also announced a brand-exclusive turbocharged V6 in Detroit two years ago. The 2021 TLX would be a prime candidate for the new engine, to give it the firepower to properly take on the rest of the mid-size sport luxury class.

We’ll know more for sure once the TLX makes its official debut. Like many things during these times, that remains up in the air. A likely spot would have been the New York Auto Show, which was originally set to open April 10 before moving to August 26.