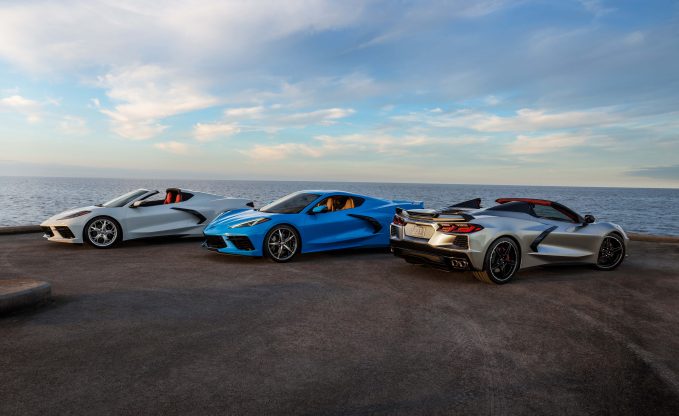 One year in and the mid-engined Corvette gets useful detail changes for the same price as 2020.

It’s been barely a year since the first-ever mid-engined Chevrolet Corvette, the C8, arrived on the scene. And it seems the most sought-after Vette yet is already set to receive an update for its birthday. Chevrolet has announced that the 2021 Chevrolet C8 Corvette will be getting new paint schemes, standard features and will be going on sale before the end of the year.

The 2021 C8 will come with two new paint colors. There’s a Silver Flare Metallic which actually looks quite matte and a new shade of red called Red Mist Metallic Tint Coat. It replaces Long Beach Red Metallic, which was more vibrant while the new Red Mist is a few shades darker and a bit understated. For those who prefer louder paint schemes, racing stripes are now also available on the C8. You can have racing stripes in any color you like, as long as they are either red, blue, orange, or yellow. Racing stripes are a great option as it’s common knowledge that racing stripes add, at least, 10 hp to the total output.

Apart from dual racing stripes, customers will also be able to opt for dual-tone stinger stripes which will have Carbon Flash as the common denominator which can be paired with Edge Red, Edge Yellow or Midnight Silver. Although, if you opt for the Rapid Blue color with orange racing stripes you will end up with a rather special Gulf-colors livery.

Apart from the new paint, additions include wireless Apple CarPlay and Android Auto being offered as standard. Also, the magnetic selective ride control will now be available without the Z51 package. Lastly, contrary to popular practice, Chevrolet has not increased the price of the 2021 C8 Corvette over the 2020 model and will still start it from a shade under $60,000.

Facebook Twitter Google+ LinkedIn Pinterest
Previous article 2021 Hyundai Elantra N-Line Gets Angrier in Latest Teasers
Next article Toyota Sienna vs Chrysler Pacifica and Rivals: How Does it Stack Up?