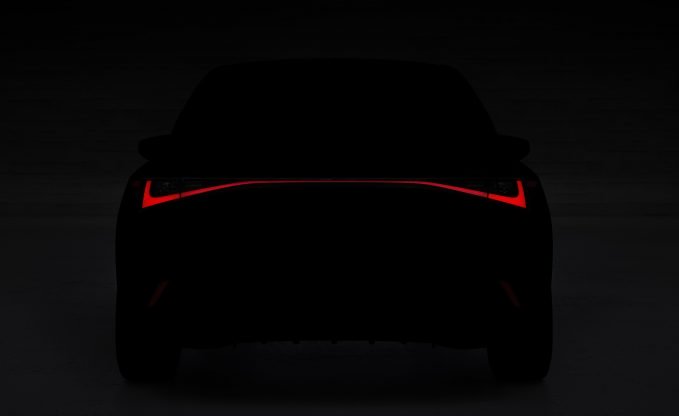 New Lexus IS may come with the Supra engine and a naturally aspirated V8.

It is now official that the GS has been discontinued due to dismal sales. A select few saw the value of an RWD ES sedan. But Lexus’s other popular models like the IS soldier on. Lexus has released a teaser to announce the debut date of the all-new IS compact executive sedan. The teaser came out of the proverbial blue, so there is no clarity on the technical specifications or even what the car will look like. All we currently know is that it will have a red LED bar running the length of the tail of the car. A diffuser is also faintly visible.

As we mentioned earlier, technical information is yet unavailable. But the four-cylinder powertrain will probably be carried over and upgraded for higher output. And RWD will be standard while AWD will be on offer as well. It is beyond this point that we are in the unknown. There have also been rumors that Lexus might borrow the Supra’s BMW inline-six. In addition, the rumor mill is also rife with the statement that the 5.0-liter V8 from the RC might power the IS as well. If that does happen, the IS will have V8 power after an almost 10-year absence.

At this point, we would love to say that since the IS has never had a hybrid before, Lexus might be mulling the idea. But we hope the company sticks to its guns of keeping the IS as a sport model. And only introduces a hybrid system if it enhances performance.

Facebook Twitter Google+ LinkedIn Pinterest
Previous article Florida Jeep Jam is Returning to Panama City Beach Starting June 17th
Next article Acura TLX vs Audi A4 and Rivals: How Does it Stack Up?