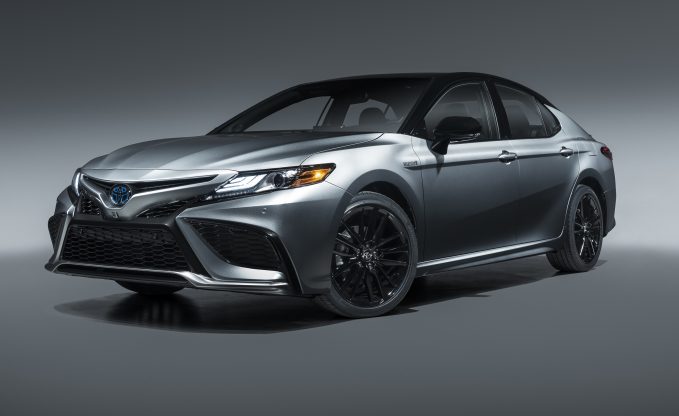 The Camry is now available in 17 trims. Avalon all-wheel drive model available with four-cylinder only.

Toyota is a big player in the mid-size sedan segment and the Camry is the Japanese giant’s flag bearer in its class. No surprise then that the 2021 Toyota Camry gets a host of new updates and a new trim to keep things fresh whilst closing gaps in its lineup.

The 2021 Camry will come with Toyota’s new Safety Sense 2.5 suite which debuts with the mid-size sedan. Plus, the safety suite will be standard across the Camry range. Safety Sense 2.5 takes over from the 2.0 lineup and features a camera with better image quality and an improved radar system with an expanded range; the pre-collision system can now detect pedestrians in low-light conditions. Other improvements include intersection support for the pre-collision system, emergency steering assist, improved adaptive cruise control, and lane change assist. Safety Sense 2.5 will soon be available on other Toyota cars as well in the near future.

SEE ALSO: Toyota Camry vs Honda Accord: Which Sedan is Right For You?

Along with the new safety suite, Toyota has also shaken up the trim lineup a bit. For starters, the L trim will be discontinued with the 2021 model year with the LE picking up the gauntlet as the entry-level Camry. The biggest change however is the addition of the new XSE hybrid trim to the lineup. Just like the gasoline-powered version, the XSE hybrid flaunts a sportier exterior design complete with a gloss black mesh grille, and a sporty looking front bumper.

In addition, it also gets 19-inch wheels while on the inside it sports leather upholstery. There is no change to the engine however, which is the same as other hybrids in the Camry lineup. The 2.5-liter Atkinson cycle inline-four powers the XSE paired with an eCVT that drives the front wheels and makes 208 hp and 163 lb-ft of torque.

Still, more updates abound, especially on the inside. The 2021 Camry will also come with a choice of a new 7.0-inch or a 9.0-inch floating touchscreen infotainment system that has been borrowed from the RAV4. XLE and XSE trims will also have a seven-inch digital instrument cluster as an optional extra along with a 10-inch head-up display unit.

It’s not just the Camry that gets new updates either. Toyota clearly seized the opportunity to update its slightly larger sibling, the Avalon as well. The fifth-generation Avalon made its debut in 2019 and in 2020 Toyota added the TRD version to its lineup. For 2021, Toyota adds AWD to Avalon’s repetoire but it will be available with the LE and XLE trims, and only with the four-cylinder engine.

Toyota has also added its popular Nightshade option to the Avalon lineup, which features black-finish alloys, door handles, a blacked-out grille, and a rear spoiler. The Nightshade is based on the XSE trim. Toyota has slightly updated the styling of the Avalon as well. The new grille seems to sit slightly lower and the flanking LED headlamps seem a tad larger. Plus, the muscular hood combined with the other new elements lends the Avalon an almost Lexus-esque appearance.