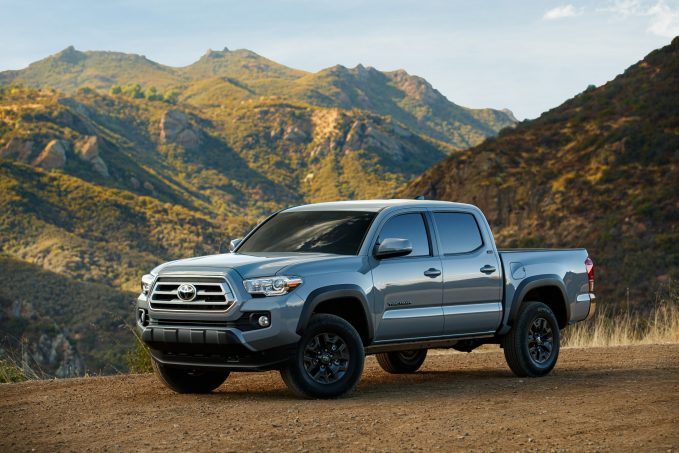 It rained special editions at the 2020 Chicago Auto Show and it looks like the Toyota stall got the most rainfall of all.

Come summer 2020, the 2021 Tacoma, Tundra and the 4Runner will be sold in new Trail trims. The Trail editions, as the name suggests, will be off-road focused and focus on customers that lead adventurous lives. All three Trail trims will be based on the SR5 trims of the SUV and the trucks. All three Trail editions will be available with both rear- or four-wheel drive.

The Trail editions also aim to enhance storage, utility, and convenience. The Tacoma Trail features TRD off-road wheels with Kevlar all-terrain tires, a 115-volt power outlet on the bed and insulated, lockable bed storage on the driver’s side. The same is also available on the Tundra.

The 4Runner features a Yakima rooftop carrier basket for added gear-hauling capability. Inside it gets a versatile 40-quart cooler and sliding cargo tray. The cooler features a lockable lid, freezer grade gasket to keep ice intact for up to seven days and integrated bottle openers in latches.

All three vehicles are available in a range of colors including Army Green, Cement, Midnight Black and Super White.

The main changes in these editions are mainly cosmetic. The cabin is all black, the chrome grille is darkened, and you also get smoked black alloys as part of the package. There will however be a range of exterior colors available with the Nightshade editions, namely, Midnight Black, Magnetic Gray, Windchill Pearl, Super White and Blizzard Pearl for an added cost.

Toyota plans to build 5000 units of the Nightshade trucks and 2500 Nightshade Sequoias.