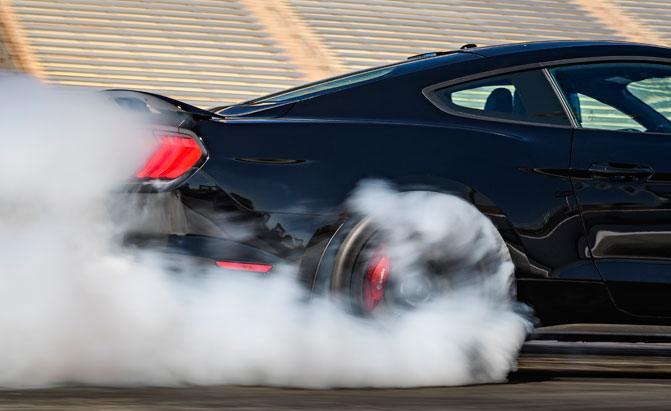 While the new Ford Bronco, F-150, and Bronco Sport are capturing the media’s attention, Ford’s engineering teams are quietly working on the next-generation Ford Mustang that will arrive in 2022. In a world where every automaker is turning to electrification, the 7th-generation Mustang will herald the arrival of both the first fully-electric Mustang as well as the first hybrid Mustang. A hybrid Mustang? Right. But make no mistake—the Mustang Hybrid will be unlike your neighbor’s Toyota Prius. Imagine instead something like a budget Porsche 918, with an electric motor harnessed to add more power. Intrigued? There is much to look forward to—here are five things we know about the new Mustang.

1. A Hybrid All-Wheel-Drive Mustang is Coming

At the 2017 North American International Auto Show (NAIAS), Ford’s Chief Technical Officer Raj Nair disclosed a few details about the upcoming hybrid Mustang in an interview with a CNET Roadshow reporter. When asked whether the Mustang Hybrid would be more like the Porsche 918 rather than the Toyota Prius, Mr. Nair answered:

“That’s exactly right. We’re talking about using electrification to give our consumers more, and in the Mustang it’s all about performance. So we’re talking about V8-like performance and at the low-end even more torque available with the electric motors. So it’s going to be a very, very fun hybrid to drive.”

Although the hybrid will not feature an all electric launch from a stop, the system will add torque from a low RPM. “You couple that with an EcoBoost type engine and you have a great combination” said Mr. Nair. To pair with the electric motor, will Ford offer a four-cylinder or a six-cylinder turbocharged motor? Perhaps both will become available? With the possibility of enormous power from a hybrid configuration, will this mean the end of the road for the V8 Mustang?

A Ford job posting on LinkedIn, quickly removed by Ford after enthusiasts first noticed the posting, referred to the upcoming 2023 Mustang program under the model code “S650.” This nomenclature logically follows Ford’s history of model codes for the Mustang, with the current generation Mustang known as “S550” among Ford employees.

The job posting also mentioned the “S650 launches in 2022 as a 2023MY.” There you have it, straight from Ford—the new Mustang is only two years away. Expect to see exciting special versions of the current Mustang, like the recently revealed 2021 Ford Mustang Mach 1, before the new generation arrives. Earlier rumors led some enthusiasts to believe the S650 Mustang had been delayed to 2026, but those rumors were dispelled by the job posting. When Ford begins accepting reservations for the 2023 Mustang, we will report the news here.

4. Where is the Ford Mustang Made? Answer: Flat Rock, Michigan

Flat Rock, Michigan has been the home of the Ford Mustang since 2005 and will most likely continue to be the factory for the 7th-generation Mustang. Although the Ford job posting did not confirm the factory location, the job posting called for the employee to be stationed at the Flat Rock assembly plant, likely because the car will continue to be produced in Flat Rock.

5. Does Ford Make an Electric Mustang?

The first fully-electric pony car is in the works, previewed by the Ford Mustang Lithium concept that debuted at the 2019 SEMA show. Packing a whopping 900+ hp and more than 1,000 ft-lbs of torque, the electric Mustang concept promised astonishing performance. Imagine taking two 2020 Mustang GT engines and combining them together—insane right? If the rumors are true, Ford will offer a high-performance all-electric Mustang sometime in 2023 or 2024 that will likely be priced over $60,000.

What do you think about the 2023 Mustang news? Would you choose the hybrid all-wheel-drive version, fully electric version, or a classic V8? Voice your opinion on the latest 2023 Mustang news by adding a comment at the Mustang 7th-Gen Forum

Facebook Twitter Google+ LinkedIn Pinterest
Previous article 5 Car Brands With the Most Loyal Customers According To J.D. Power
Next article BMW Teases 2022 M3 For First Time … and it’s a Wagon