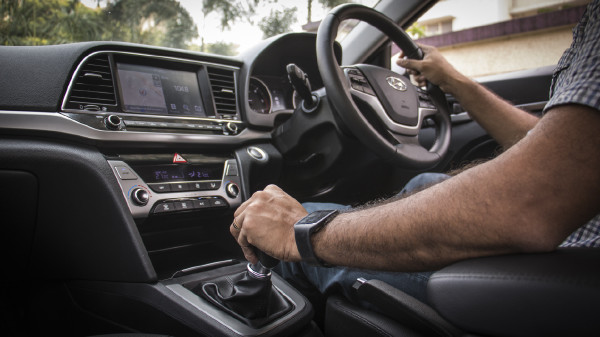 How to use industrial gearboxes the right way

1. Do not rest your hand on the gearlever

So when you’re shifting a gear, you have a selector fork and you are pushing that selector fork against a rotating collar and you press that collar into the gear you choose. Now if you are leaning your hand on the gear lever while it’s in gear what’s happening is that you might be applying pressure on the selector fork that will keep rubbing against the rotating collar which can lead to drastic results. Putting pressure can cause premature wear of the gear forks which can be a costly affair. The steering wheel is meant to be held with both hands. Instead of the gearlever, use both hands on the wheel for maximum control during driving.

2. Do not leave the car in gear at a stop light

So what happens when you leave the clutch engaged at long stoplights? Well for starters the clutch bearing is unnecessarily under pressure and can wear out prematurely. Also with the clutch constantly engaged there can be clearance issue with the clutch which could lead to juddery starts. So if you know the stop lights a long one, its best to yank that hand brake and leave the car in neutral.

3. Do not use the clutch to hold the car on an incline

So we do this plenty of times on climbs where we feather the throttle and the clutch pedal to get that sweet spot so that the vehicle does not roll back. What this does is burn up the friction materials on the clutch disc by constantly running it against the pressure plate. Which in the end again leads to faster clutch wear. While the more premium cars have Hill Assist feature, for the cars that don’t its best to use the brakes or the hand brakes in case you come at a halt at an incline.

4. Do not lug: – In higher gears do not accelerate hard, downshift

Living in a fuel efficiency obsessed nation, we tend to drive in higher gears to extract the best possible mileage from the car. Which is not a bad thing, if you know how to use the gears optimally. But what we also tend to do is lug the car in higher gears detrimental for the gearbox and the engine. So when you’re in fourth gear and doing 45- 50 km/h it’s definitely not a good idea to go hard on the accelerator. In fact most cars even get gear shift indicators nowadays to hel with optimal gearshifts as seen in the picture above. The car is already at a gear disadvantage and if the speed is too low for the gear you will feel the car protesting with jerks. So if you feel the need to pick up speed, just downshift to a lower gear and then get on with the acceleration.

5. Do not rest the foot on the clutch pedal

This is another common malpractice that most people follow. It’s called ‘Riding the clutch’. Now there are plenty of reasons to unfollow this practice. Firstly, with the weight of the foot on the pedal, the clutch may not be fully engaged. This may led to slipping of the clutch disc along with full power is not being transferred to the wheels and you are wearing out the clutch at the same time. Instead use the dead pedal or rest the foot on the side of the clutch pedal thereby saving a lot of money to replace worn out clutch plates.