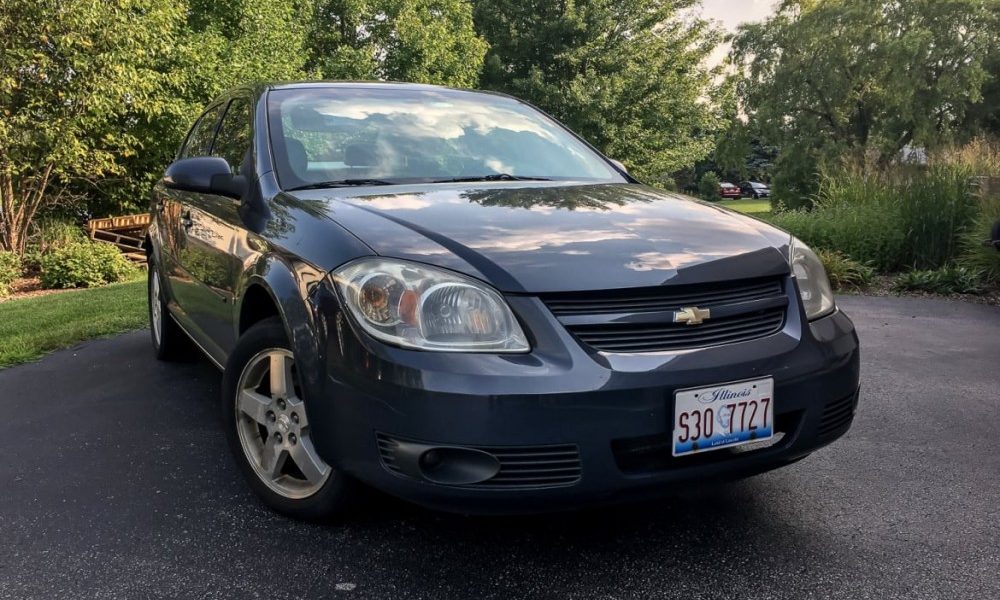 CARS.COM — Whether you're a young adult entering college or a city dweller finally giving up on public transit, buying your first car represents a new chapter in life. But being a newbie to the car-owning world can lead to some costly maintenance mistakes if you don't do your homework.

When I bought my first car, a 2008 Chevrolet Cobalt, I had no idea what I was doing, but I've learned a lot over the past few years about how to maintain a vehicle. Now, as my beloved first car approaches its 10th birthday, I wonder if it would be aging more … gracefully had I been prepared to maintain it when I first bought it.

Below are six maintenance truths that I wish I'd known when I bought my first car:

It seems like everything has a healthier alternative these days. Do you like white rice? Well, brown rice is better for you. Yogurt? Greek is better. With all the healthy-alternative-facts out there, it's easy to assume there's a better version of gasoline that will make your car run better for longer.

Many young drivers like me have experienced the pull toward premium, but in reality, using premium gasoline in an engine that recommends regular does not provide any significant boost in acceleration or fuel economy.

Some high-performance vehicles require or recommend premium gas, but unless that's the case with yours, you're better off saving the money and reaching for good ol' regular unleaded.

2. Recalls Are to be Taken Seriously

Upon hearing that I drive a Chevy Cobalt, someone recently responded with, "Wait, isn't that the car where the key falls out of the ignition?"

The Cobalt has had several recalls over the years — some for a faulty ignition — that I was unaware of until recently. Luckily, my car is in the clear, but I should have done my due diligence.

While deciding on your first car, you're probably looking for affordability and fuel economy — but failing to research recalls could lead to big regrets down the line. Once you buy your first car, be sure to keep an eye out for new recalls, and take them seriously.

3. Driving on Empty Can Damage Your Engine

The day I splurged and treated myself to a full tank of gas was a special day. During the first few years of owning my car, I tended to put $10 worth in and hope it lasted all week, which meant spending a lot of time testing the limits of "empty."

What I didn't know then was that, according to Consumer Reports, gas acts as a coolant for the electric motor of the fuel pump that moves fuel from the gas tank to the engine. If you're running on fumes, especially on a hot day, the pump's motor can overheat. If your fuel pump burns out, replacement costs could hurt you.

Replacing a fried fuel pump costs a whole lot more than a tank of gas, so nowadays I fill up instead of questioning the authority of the "low fuel" warning light.

When I first bought my car, washing it by hand was more of a labor of love than a chore. But if I had known to finish the job with a coat of wax, I may have prevented some unsightly rust damage.

Road salt and other chemicals cause rust and corrosion, but waxing your car after washing it applies a protective layer between the paint and the elements. You should wax your car at least twice a year if it lives in a garage, but if you keep it outside your student apartment — exposed to punishing Northeastern winters like mine is — you may want to wax it more frequently.

Additionally, taking your car to a car wash that sprays the undercarriage will remove the salt from exposed parts like the hydraulic brake and exhaust systems and prevent potentially dangerous damage.

Overinflating your tires causes wear and reduced traction, while underinflating them can damage your wheels. Keeping your tires at the optimal pounds per square inch is important, and waiting until they start to visibly bulge will not cut it. Check your tires with a pressure gauge frequently, even if your car has a tire pressure monitoring system.

To find out what psi is right for your car's tires, consult the manual or the sticker on the driver-side doorjamb that displays vehicle weight restriction and tire information. Do not inflate to the number on the tire wall — that's the maximum psi, which is far higher than what's optimal.

While you're checking and filling your tires, check your spare tire, too. Be aware that the spare tire in your trunk isn't actually a spare — it's a temporary tire that's only meant to get you safely home or to a shop. It should have a higher psi than your other tires.

6. Your Owner's Manual Is Meant to Be Read

In the first year of owning my first car, I only cracked the manual once, and only because I had a warning light that needed explanation. Nobody expects you to read the manual cover to cover, but you do need to skim it and take note of the recommendations it makes for maintenance. For instance, it'll tell you what type of fuel and oil to use as well as how often you should get routine service such as tire rotations and fluid changes.

I could've saved myself a lot of Google searches by reading my car's manual as soon as I got it. It contains tons of info that first-time car owners can benefit from as they learn their way around the vehicle.

For more videos and tips, check out our maintenance coverage here.