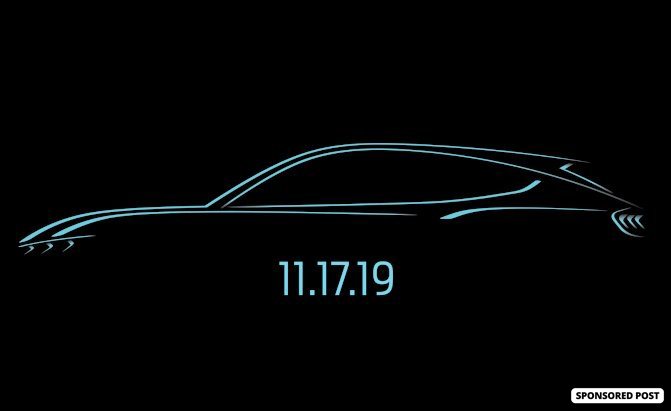 Electric vehicles are on the rise. According to data from J.D. Power, EVs actually outsold manual transmission-equipped cars for the first time in Q3 2019. And while that’s as much a comment on manual’s slipping popularity as on the market’s growing appetite for EVs, it’s nonetheless true that battery-powered cars are on track to represent an ever greater share of new vehicle sales over the coming years.

Ford knows this, and it’s why the automaker is hard at work on a sporty, pure-electric SUV – one that will take its inspiration from the iconic Ford Mustang. We still don’t know a whole lot about the forthcoming Ford Mustang-inspired electric SUV, nor what exactly will power it, but what we do know is that it will represent a giant stride forward for Ford, into the bright future of automotive propulsion — and that it will be heavily in demand. We’ve partnered with Bill Brown Ford to help get readers primed for the exciting new EV.

The Draw of Electric

Since they expend far less energy as waste heat, electric motors are generally several times more efficient than internal combustion engines. This, combined with the fact that EVs have zero tailpipe emissions, makes them a promising means of propulsion as motorists more seriously consider their own environmental footprint.

When it comes to the Ford Mustang-inspired electric SUV, we expect it to draw its energy from a high-tech Lithium-Ion battery pack. That battery technology has a higher energy density than the nickel-metal-hydride tech used in some older packs. Ford is forecasting more than 300 miles of range on a single charge for its forthcoming SUV – enough to just about match Tesla’s furthest-driving version of the Model S, and to quell most consumers’ range anxiety.

How many drive motors the new EV will have, and what their total system output will be, is still a big unknown. However, Ford has indicated that it will be a performance-oriented vehicle, worthy of its Mustang DNA. The company even considered naming it “Mach 1” after the high-performance Mustang model of the same name. All of this suggests the SUV will post very respectable numbers. (It helps that electric motors are inherently well-suited to performance applications, thanks to their high levels of torque from down low in the RPM range.)

As for the styling, that too will take its cues from the Ford Mustang. Expect a sleek, sporty, coupe-like profile, but in four-door SUV form. The ride height will be closer to that of a typical SUV than that of the Mustang, but we expect the rear hatch slope to be more “sportback” than “utility vehicle.”

The forthcoming Ford Mustang-inspired electric SUV was announced around the same time that Ford divulged plans to invest some $11 billion into electrification over the following four years. The investment was intended to cover bringing 40 electric vehicles to market by 2022: 16 pure-electric, and 24 gas-electric hybrid. The new Mustang-inspired EV represents just one of these, and a Lincoln-badged variant could represent another.

Yet another will come in the form of a pure-electric Ford F-150 pickup truck. It’s a perfect pairing. (Remember, electric motors make loads of torque from low RPM.) Having all that torque on tap at launch means the electric F-150 ought to have one wicked towing capacity. Ford even put out a video over the summer showing a prototype pulling one million pounds’ worth of train cars. Talk about built Ford tough…

What Ford’s 13 other planned pure EVs will look like is anyone’s guess, but one thing is for sure: EVs are the future – or at least a sizable portion of it – at Ford Motor Company. It’s an exciting time to be a Ford fan, and you can put yourself at the forefront by putting down a deposit for the upcoming Ford Mustang-inspired electric SUV today.

How Soon Can You Order One?

As soon as the vehicle bows on November 17th, Bill Brown Ford in Livonia, Michigan will immediately begin taking deposits for the future Ford SUV. Only a limited number of these vehicles are planned for production, and the U.S. government phases out the $7,500 tax credit awarded to consumers for new EV purchases once an automaker hits a certain threshold of vehicles sold. Wait too long to pull the trigger, and you could miss out on some, or all, of that EV tax credit.

So if you want to ensure you get your hands on one of the latest exciting new EVs — and want to stay tuned this month as Ford gets ready to pull the wraps off its pure-electric Mustang-inspired SUV — head to Bill Brown Ford to sign up for alerts and secure your place in line.