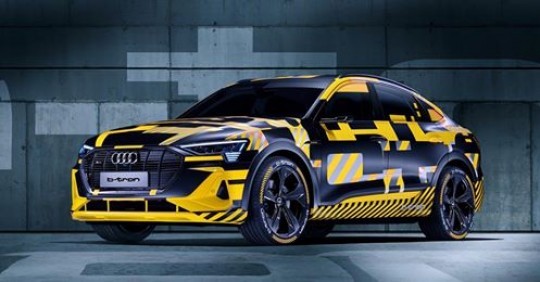 Carmakers in particular are in the unique position of having a virtually endless supply of prank subjects, due to the nature of their business. In 2019 too, just as in the previous years, marketing and public relations departments went into overdrive and came up with announcements so ludicrous it's impossible not to love or hate them.

You can have a look at what we loved and hated this year in the material below.Pranks We’d Love to See Come True
Tornado Skydiving (Mercedes-Benz) – back in 2007, the Mercedes-Benz Museum in Stuttgart was fitted with 144 powerful air jets smack down its middle. When engaged, the jets would form a 34.4-meter-high artificial tornado in the 42-meter-tall atrium of the building for purposes of smoke evacuation during a fire.

Listed by the Guinness Book of World Records as the "strongest artificially generated tornado in the world," the air jet was declared open to the public starting April 1, 2019, for skydiving purposes. This indoor recreational activity would have been a real head turner for people visiting the site.

Everyone Is a Moon (BMW) – there are a number of ways one can juice up an electric car, but most of them have to do with laying down wires, connecting to plugs and waiting for ages for the battery levels to go up a notch. There is also solar charging but, you know, that works only during the day and requires ugly solar panels.

For BMW, the Moon is not a harsh mistress, and could even have been, in an alternate universe, a source of power for electric cars. All one would need is the Lunar Paint photovoltaic technology announced on April 1. Shinning!

So Audi thought of sweetening the deal with the b-tron instead. A car that does not work on electricity, but on honey, thanks to a technology developed by the Germans’ Made Up Entirely division. Sweet ride, coming up!

Sub-compact ute (Toyota) – in a world where coupe and convertible SUVs are as real as taxes, why not a sub-compact ute? You know, the chopped (mostly) American cars used in Australia, only this time it’s Japanese (twice over) and could sell in the U.S: the Toyota Yaris Adventure.Pranks We’d Hate to See Come True
A Brain with Two Wheels (BMW Motorrad) – Autonomous cars are just around the corner, but not the same can be said for motorcycles. That's because, well, no one is seriously working on such a thing. And why would they, as having a bike drive itself kind of defeats the purpose of owning one.

But since most newbies dream of racing their bikes on the world’s circuits, BMW thought it was a good idea to have them believ an iRace Kit could control the machines in their place and ensure “a lap time for the track in question up to a maximum of eight seconds over the current record.”

Location, Location, Location (Land Rover) – modern human life is addicted to cords, wires, and chargers. The fear of running out of battery on the gazillion gizmos that control our lives is likely getting written in our DNA, for future generations to enjoy forever.

From time to time we naturally look for an escape, usually in the wild natural wonders like the Isle of Skye. But what do you know? There’s a Land Rover charging point, right there! Now that’s ruined too.

QR Code Beats Horse (Porsche) – Porsche’s horse-centered crest is about seven decades old. And a time of novel ideas and new powertrains, out with the old, in with the new fits the bill just about right, so why not replace the horse with a QR code.

Cars with Prescription Glasses (Volkswagen) – short and far-sighted drivers are a dime a dozen. They live among us, controlling their cars just as well or just as bad as anyone else. But how would a car wearing prescription windscreens help them get rid of glasses?

By not allowing them to move much, so the driver's position doesn’t alter the optimum distance between the eyes and the lens contact in the windscreen. Looking cool?