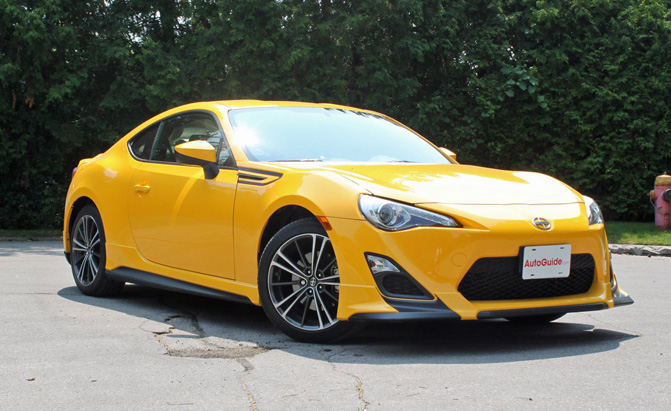 You can have plenty of driving fun without taking out a second mortgage or squandering you kids’ college savings and we will prove it.

Believe it or not, there are plenty of fun and affordable used cars out there. With about $10,000 to spend, you have an almost absurd amount of choice. Narrowing things down, we’ve come up with a list of 10 excellent options.

But first a caveat. There are lots of variables in play here, things like vehicle mileage and condition, location, regional demand, if it will need Off Roading Vehicle Repair and much more. This video will be a general guideline for you. Naturally, pricing WILL vary based on a range of different factors.

In no particular order, we start with the Scion FR-S. This rear-drive two-door is light and nimble, engaging and precise. The only downside is that it’s a little low on horses, having just around 200 in its stable. Still, there’s no reason it won’t plant a huge grin on your face with every start of the engine. Introduced around 2012, we’ve seen more than a few nice examples going for roughly 10 grand.

Next up, the Mazda RX-8. If you don’t mind the cantankerous and thirsty rotary engine, these cars can be tremendous fun. The 1.3-liter, two-rotor Wankel powerplant in question revs to the moon and delivers more than 230 horsepower in top form, though it does vary a bit based on year. Low-mileage RX-8s shouldn’t be too difficult to find for less than $10,000.

Now, if you’ve got a little more scratch to spend, consider getting a first-generation Audi S5, an excellent splurge option. This luxury sports-coupe is STUNNING to look at, plus early versions features a glorious 4.2-liter V8 engine pumping out around 350 ponies. We’ve spotted some NICE examples in the $12,000 to $15,000 range. Just keep a few extra bucks in the budget for unexpected repairs. This is a premium German car after all…

Movin’ right along, there’s a Nissan you need to know about. The Japanese automaker’s 350Z has become a strong sports-car value of late. Good coupe or roadster examples seem to go for right around 10 grand. The newer and more powerful 370Z hasn’t quite dropped to that price-point yet. Still, trim dimensions, a potent V6 engine and an available six-speed manual gearbox all add up to loads of driving fun.

The Acura RSX probably isn’t a real “sports car” but it’s fun and functional, plus, you could argue it’s the last truly great Acura. Obviously, the more potent Type-S variant is the one to get. They’re graced with a SUPER-SLICK six-speed stick and an absolutely heroic naturally aspirated four-cylinder engine that revs to at least 8,000 RPM. Horsepower output varies by year, but it’s always right around 200.

Again, if you’ve got a little more than 10-large to spend on a sports car, another good splurge option is a C5 Corvette. This generation of Chevrolet’s classic thrill machine may not have the best interior or seats, but it’s still fast as hades thanks to its thundering LS V8. After scouring the , it looks like nice, early-2000s examples of the C5 are going for around $12,000, so budget accordingly if you’re interested.

Providing plenty of smiles per gallon is the BMW Z4 Roadster. A well-maintained example of this early-2000s ragtop can be yours for 10 grand or less these days. A 2.5- or 3.0-liter straight-six resides under these cars’ elongated hoods. A variety of manual and automatic transmissions was offered.

Our next selection is the Subaru WRX STI. You can grab a decent, model-year-2010-ish example of this rally-bred machine for $10,000 or less. If you’re not overly picky, you might even be able to snag an STI variant for about that much, though it’ll probably have more miles and be in worse condition. Either way, you get a potent boxer engine and four-corner traction.

Another SUPERB sports-car option is, drum roll, please… the Honda S2000! This open-top two-seater is dedicated to delighting drivers like the Tim Horton’s laser-focused on serving terrible coffee.

Yes, you can indeed nab one of these stylish and purposeful machines for around $10,000 if you look carefully. Regardless of price, you get an astronomically high-strung four-cylinder engine with about 240 horsepower, a buttery-smooth six-speed stick and no unnecessary BS. When it comes driving performance, about the only thing this Honda lacks is torque. Yeah, it has none.

Some may call it the “blunder from down under,” but Pontiac’s GTO can still deliver more than its share of smiles. The last-generation of the was imported to ‘Murica from Australia, where it was ostensibly made of extruded Vegemite and assembled in the outback by kangaroos or koalas. Introduced in 2004, the car was powered by a 5.7-liter small block rated at 350 horsepower. But ’05 and ’06 models were fitted with an even more potent 6.0-liter V8 good for FIFTY additional horses! If you want a fun car and aren’t afraid of being a little different, check out the GTO.

But now it’s time for another splurge option! If you feel like spending a bit more than 10 big ones, consider a John Cooper Works MINI Cooper. These urban-friendly runabouts are a blast to drive and with various under-hood upgrades offer surprising straight-line speed as well.

Nice versions of the Cooper Coupe or Convertible seem to be trading for about 12 grand these days, not too much more than the $10,000 target we’re aiming for in this article.

It’s no secret, the E46 3 Series is one of the greatest BMW models of all time. These cars look great, have nice interiors, their powertrains are liquid smooth and, of course, they’re engaging to drive. But perhaps the best news of all is that the high-performance M3 of this generation has dropped into the $10,000 price range. You can get a seemingly decent coupe or convertible for just about that much dough. Talk about tempting!

But no list of fun cars is complete without the revered Mazda Miata. This roadster has been delighting drivers across the globe for the last three decades. Nice examples of NC generation can now be had for 10 grand or less, meaning the Miata’s characteristic rapier-sharp steering, playful dynamics and just-barely-enough horsepower are accessible to nearly any motoring enthusiast. Go ahead, treat yourself to one of these Japanese smile machines! I’m pretty sure you won’t be disappointed!