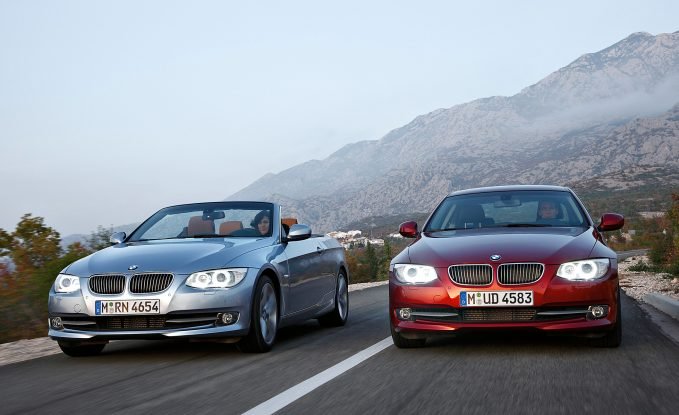 The BMW 335i from the 3 Series family is easily one of the most revered non-M BMW cars in the enthusiast world. Armed with a turbocharged version of the quintessential 3.0-liter BMW straight-six, the 335i quickly rose through the ranks to be one of the most sought after semi-affordable high-performance cars of modern times.

Why? We’ll get to that in a bit. But the reason you’re here is that you’re looking for—or already found—a 335i for sale and wondering if you should buy it. We will attempt to breakdown all aspects of the 335i, including its cult status, performance and more importantly, the common problems. We hope it helps you arrive at a viable conclusion.

Should You Buy One?

Let’s consider the current situation. Amid the COVID-19 outbreak, the world is under lockdown and the economy is in a downturn. It doesn’t seem like a good time to buy a car. But if you’ve always wanted that 335i and have the spare cash ready for it, we think taking the plunge is worth considering.

Currently, the demand for cars is low, which means a good deal, especially from a certified pre-owned dealer, will not be scarce. They will want to clear their stock and could throw in something extra to make the deal worthwhile. Or you could ask for the rim and tire insurance package as a part of the purchase. It will take the stress out of owning a car with run-flats and low profile tires—not to mention, saving you a considerable amount of cash in the process. We’re guessing here, but if you’re planning to buy a 335i, you’re interested in working on it and the social distancing will give you ample time to familiarize yourself with your new ride. If you’re convinced, then read on.

The reason for the 335i’s reverence is its engine. For car geeks, that’s the N54B30 which is also often called the 2JZGTE of the post-Y2K world. The reason? Its extreme tuner-friendliness and ability to get massive amounts of power out of the engine making no modifications to the block—just like the 2JZ of the A80 Supra. Though, you already get 302 hp as stock, which in our opinion is ample to begin with for a non-M car. The N54 powered the 335i from 2006 to 2009.

The N55 is considered to be a more reliable engine compared to the one it replaced. But the tuner brigade has always preferred the N54 because it was and still is one of the easier BMW engines to work on. The effort to results ratio, especially while trying to extract more ponies out of the engine, is higher on the older mill too. Hence, if you would like to keep your 335i stock, the N55 is always the better option. Another thing to note here is that the N55 was available with both the E90 generation (2006–2011) and the F30 (2012–2019). So you have a wide variety of designs to choose from.

If you plan to buy any older car, be advised that there will always be issues to look out for. Sometimes the issues will be minor and will be taken care of by good old preventive maintenance. Unfortunately, the BMW 335i is not one of those cars especially if it has over 100,000 miles on the odometer. Don’t feel dejected, because BMW recognized this and offers warranties on most if not all of its problematic parts. Since we are on the subject, one key point to note while looking for a used 335i is to look for one that has less than 100K on the clock and is less than ten years old. Another add-on point: look for one that is stock. Modified ones could be hiding some hidden gremlins. Without further ado, here are the banes of the 335i.

If the engine is the heart of the problem, the HPFP is the arteries. It injects the engine with the fuel at the correct pressure. There is no reason for its quick wear and tear except the less-than-desired level of engineering. It’s an expensive component to replace, and not because of the cost. The unit itself will cost you around $450 but it’s the labor that drives the cost up. You need to be an advanced mechanic yourself if you want to do it yourself. Fortunately, BMW offers a 120,000 mile/10 year warranty on the part, so it will be in your best interest to go for a car that is still under that warranty. In all probability, any N54 335i would’ve had its HPFP replaced at least once by the time it’s done about 60,000 miles. This issue is prevalent on both the N54 and N55 engines.

This is one of the worst issues that specifically plague the N54. Loss in power, smoke from exhaust and rattling from the engine bay are common symptoms of this problem. The most common cause is wear and tear but you can put this issue off by preventive maintenance. If you are planning to tune your car after you buy it, make sure you keep the boost pressure in a comfortable range: the twin turbos don’t take to stress very well. Make sure the car is warmed up to about 160 deg. F before you give it the beans. And overall just go a little easy on the car. BMW does, however, offer a 82,000 mile/10-year warranty on the turbochargers. So make sure you check those services and repair records thoroughly.

Fuel injectors are another component that get the 10-year/120,000-mile warranty. Leaky fuel injectors will usually over soak the spark plugs making it difficult for the spark plug to ignite it causing misfire. There is no other way around the problem other than to get them replaced, under warranty. It is also advisable to get all the injectors replaced rather than just the one that’s leaking as others will eventually start to leak as well. The clogging issue can be tackled by installing a catch-can or simply burning the carbon deposits off. This can be done by driving the car at higher revs (4500-5000 rpm) or via walnut blasting. Another solution its to run an E85 ethanol cleaner.

Both the N54 and N55 are no stranger to this issue. Through a relatively easy fix, it can be a cause for concern as you might not realize you are running low on oil until the light on the dash goes on. Again, it is imperative that you check the car’s service history to see if the valve covers have been replaced. The N55 can develop an additional issues with the PCV (Positive Crankshaft Ventilation) valve which removes any blow-by gases from the engine and keeps the fuel and oil from mixing and wreaking havoc.

This issue is widespread among all BMW engines and one of the most dreaded BMW issues. Some are known to fail around the 30k–40k mark and the repair history would reflect that. But most will easily last about 70,000 miles, and they come with a 10 year/120,000-mile warranty as well. Now you know why the warranty is so important.

This is mainly an issue with the E90. The evaporators of that generation tended to be problematic from the factory. If not covered under warranty, it will cost nearly $4,000 to replace or repair as the entire dash has to be disassembled to access the evaporator. The F30 had no such issue.

Although, electrical issues are not so common on the E90–E93 models, some cars do turn out to be problematic. Just to be sure, make sure you check the health of the battery, alternator and the control unit bus. Also, always take your mechanic with you when you go to look at a car so they can give it a thorough once over. And finally, never hesitate to test drive the car for as long as you possibly can.

SEE ALSO: How to Change Your Car’s Engine Oil: a Breakdown

Disclaimer: These are the common problems associated with the engines and the cars of that generation. Most 335i models go their entire lives without issues provided they are well maintained. So don’t let this put you off from the car, this list is only to make you aware of the things you should be wary of.

Which one to go for?

It depends on your requirements. If you want a tuner car then the E90 N54 is the obvious choice. If you want a daily driver, the N55-equipped cars fit the bill perfectly. The 335i was available with the E90 and the F30 generation. The E90 was available as a sedan, a coupe, and a convertible. The coupe and convertible look like more demure versions of their V8 cousin the M3, while the sedan is the quintessential sleeper. Both measure almost the same and have identical power outputs and similar driving dynamics as well. The F30 is available only as a sedan—this was when BMW spun coupes off as the 4 Series.

So it is a matter of personal taste which car you want to put your money on. We would like to mention the 335is though. Produced for just two short years it was, in our opinion, the perfect blend of power and tunability. It came with the N54 twin-turbo but made 322 hp—20 more than the standard—and 369 lb-ft of torque. It features launch control, better suspension tuning and sat lower to the ground too. Lastly, considering it was produced till 2013, it would still have 3 years’ worth of warranty left on all the expensive parts. Keep it stock or tune it up, the 335is is definitely worth considering.