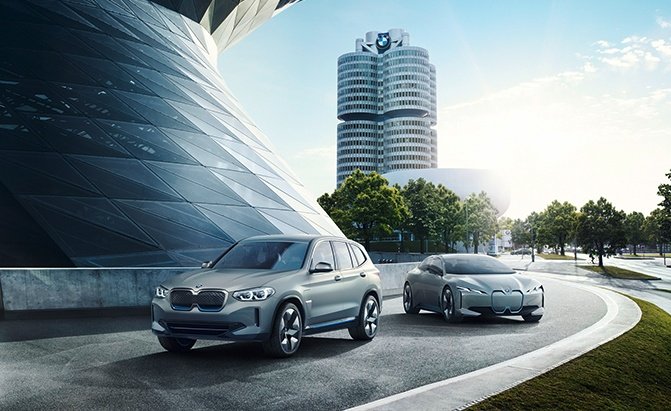 Today BMW revealed more information on its all-electric iX3, ahead of the crossover’s expected 2020 production start.

As the name implies, the iX3 is an electron-munching version of the existing X3 compact crossover. It won’t join its siblings on the production line at the Spartanburg, SC plant; instead, it will be built in Shenyang, China as part of the BMW Brilliance Automotive joint venture.

The iX3 will use a 74 kW battery pack in its floor to power its electric motor. Outputs are pegged at a healthy 286 hp and 295 lb-ft, while the motor itself is 30 percent lighter than previous designs with similar ratings. BMW is also claiming improved power consumption of under 20 kWh/62 miles, which has lead to a preliminary WLTP rating of 273 miles.

What’s more, this fifth-generation eDrive system is fully scalable, both in terms of motor and batteries, allowing the German automaker to adapt it to multiple layouts.

No doubt helping the iX3’s range is the fact it’s rear-drive only. That should provide it with the sort of driving dynamics fans of the brand expect. Given the popularity of all-wheel drive—even on the new front-drive-based 2 Series—we wouldn’t bet against an eventual all-paw option.

When the iX3 arrives in dealers next year, it will form a four-pronged offensive with the rest of the lineup. The all-electric model will join the existing gasoline and diesel models, as well as the upcoming plug-in hybrid X3 xDrive30e.