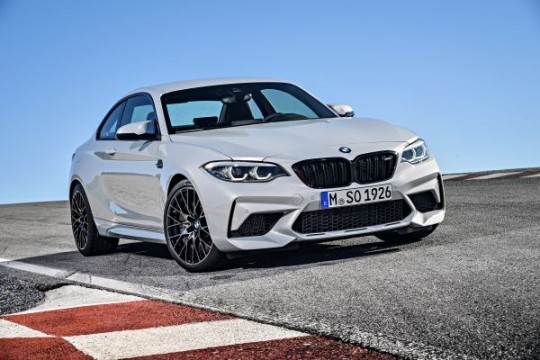 It was not a quiet year from the point of view of industry leaders though. Three major figures of the auto world have exited the scene in 2018: Audi CEO Rupert Stadler, arrested in June over his alleged involvement in the Dieselgate scandal, Fiat Chrysler CEO Sergio Marchionne,who died in July, and Renault-Nissan-Mitsubishi Alliance leader, Carlos Ghosn, arrested in November over suspicion of financial misconduct.

As 2018 draws to a close, we thought to put things into perspective and have a look at how the industry is shaping up for the year ahead. This week, we’ll start by trying to see which auto group owns what brands. VOLKSWAGEN AUTO GROUP
The Volkswagen Auto Group, or VAG as some call it, is one of the largest companies of its type in the world. Despite its involvement in the Dieselgate scandal, it managed to survive and even thrive, as it sold a record 10.7 million cars in 2017. Today, the group comprises eight car brands.

The first and most important is, of course, Volkswagen, one of the most widespread cars on the planet. Second in line is Audi, purchased in the 1960s from under the wing of Daimler-Benz.

Spanish brand SEAT became the first non-German nameplate to be owed Volkswagen in 1986 after Fiat decided to drop out of its arrangement with the Spaniards.

Soon after the purchase of SEAT, Volkswagen continued its offensive and in 1991 moved into Eastern Europe by buying Czech brand, Skoda.

One of the most prized possessions of Volkswagen is luxury brand Porsche, who became a VW brand only after each fought bitterly to take control of the other in the early 2000s. Currently, the unique arrangement between the two means that VW owns 100 percent of Porsche, while Porsche owns about 30 percent of VW.

The niche, ultra-luxury, performance segment of the market is being taken care within VAG by three separate brands: Bentley, Bugatti, and Lamborghini. All were purchased in a single crazy year, 1998.

Aside for the car brands mentioned above, the VAG group also owns motorcycle maker Ducati, and truck nameplates Scania and MAN. BMW GROUP
Although small in size when talking about the number of brands owned, BMW manages year after year to remain one of the world’s most treasured car companies. The Group owns in all three car brands, and a host of other related business in the mobility segment, one of great importance for the Germans.

The main brand of the group is, of course, BMW, which is likely to be split in the BMW i and BMW M sub-brands in their own rights in the near future, the former for electric cars and the latter for high-performance ones.

One of the most lovable cars on the roads today, MINI, is also owned by BMW since the Germans bought into the Rover Group in 1994. The high-end luxury segment of the industry is targeted by BMW with the Rolls-Royce brand, which it owns since 1998 after Volkswagen mistakenly failed to acquire the Rolls Royce name when buying Bentley from engineering conglomerate Vickers.

Aside for the car brands mentioned above, BMW also makes its own bikes under the Motorrad name. The Group also owns mobility services DriveNow, charging services ChargeNow, business mobility company Alphabet and of course the world famous Designworks studio.

DAIMLER Daimler has never been keen on buying other car companies, despite always having the money to do so. It avoided all the turmoils of the past decade, when all others were selling and few were buying, and decided to stay out of it and consolidate its own brands.

Mercedes-Benz is of course Daimler’s main product. The brand is one of the most highly regarded in the industry, and has registered constant sales growth over the past few years.

So much so that Daimler decided to let Mercedes have kids, and so the following sub-brands were born: Mercedes-Maybach (by absorbing the former Maybach brand) and Mercedes-AMG (by absorbing the AMG high-performance division). In the near future, the Mercedes-EQ brand will be born to encompass the group’s electric vehicles.

The single non-Mercedes car Daimler is currently selling is smart, a brand which will become all electric in the years to come.

Aside for car brands, Daimler also owns financial institutions and mobility services companies. It also sells a host of truck and bus brands: Freightliner, FUSO, Western Star, BharatBenz and Thomas Built. PSA
One of the biggest forces to be reckoned with in the auto industry is French company PSA, a group that is currently in the same place where Volkswagen was back in the late 1990s: full expansion.

The PSA group comprises four main car brands, one of which, Opel, was only acquired last year, together with its British counterpart Vauxhall. The other three are Citroen, Peugeot, and DS, a spinoff brand of Citroen.

PSA too operates a mobility solution company, Free2Move. It currently plans to move back into the U.S., a market in moved out of several decades ago.

The hardest hit company of the financial crisis of late 2000s is undoubtedly General Motors. The company still hasn’t completely recovered, and just announced a host of cost-cutting measures for next year, including by closing plants and firing personnel.

Of the multitude of nameplates it once owned back in its glory days, GM is only left with four main brands, some of which currently sell only a limited number of models. The four are Buick, Cadillac, Chevrolet and GMC.

GM also sells cars under the Holden name in Australia and has several joint ventures operating in China. FORD
Unlike GM, Ford is the only carmaker of the former Detroit Three to have survived the crisis without major intervention from the U.S. government. Even so, Ford too had to cut loose some brands and is currently left selling only two nameplates, its historical ones: Ford and Lincoln. FIAT CHRYSLER AUTOMOBILES
Ever since Fiat crossed the ocean to save Chrysler from certain bankruptcy, the newly born Fiat Chrysler Automobiles conglomerate has become the auto group with the highest number of nameplates in its portfolio in the world: ten car brands.

The list of FCA brands includes cars that were until recently specific to Europe – Alfa Romeo, Ferrari, Fiat, Lancia, Maserati and Abarth – and some that were specific to the U.S. – Chrysler, Dodge, Jeep, Ram, with their derivatives Mopar and SRT.TOYOTA
Fighting against Volkswagen at the top of the auto food chain, Toyota has only three brands to pit against the Germans’ eight. These three are the core car brands, Toyota and Lexus, and the less known Daihatsu.

Despite this, the Japanese have been the number one automaker in the world for the better part of the last decade, and only in the last two years or so VAG caught up and began putting up a fight. TATA MOTORS
The Indians from Tata Motors ventured outside of their national borders, beyond the Tata vehicles and into the bigger world with the purchase of the Jaguar and Land Rover brands in 2008. The two were sold by Ford as a means to cut losses and focus more on their core brands and are now fairing probably better than ever. GEELY
Another non-European car company to venture outside its confines is Geely, which purchased Swedish brand Volvo in 2008, the seller being of course the same Ford. Geely also owns Lotus Cars, but unlike Volvo, which seems to be thriving, Lotus has sunk to the bottom of the pit.
A new Geely brand will come to the market next year, Lynk & Co. The famous company that made black cabs for London, now named London EV Company, is also owned by Geely. RENAULT-NISSAN-MITSUBISHI ALLIANCE
There is another auto group on the market today, even though it’s not a single entity, like say VAG. It’s called the Renault-Nissan-Mitsubishi Alliance and it encompasses a great deal of car brands: Renault, Alpine, Dacia, Nissan, Infiniti, Datsun, Mitsubishi, and other localized brands like Samsung and AvtoVAZ.