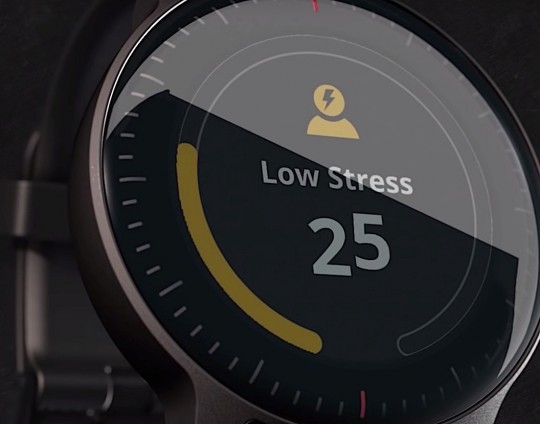 In the past few years, thanks to the increasing interconnectivity between industries and the deeper digitalization of cars, CES has become an important event for car manufacturers. This year too a wealth of auto-related technologies were shown, being presented in a variety of ways, spanning from full-sized vehicles and ending with virtual reality worlds created for a range of uses.

Below you will find a short list of some of the best technologies shown at CES and that are likely to completely change motoring in the years to come. WayRay Augmented Reality HUD for Genesis
In the not so distant future, we might have cars that completely lack what today is defined as an instrument cluster. Either old-school or digital, that portion of the dashboard located behind the steering wheel has been used for decades to relay information about speed, revs and so on to the driver.

In recent years, the development of head-up displays for cars has made it possible for part of that info to be relayed one way or another directly on the car’s windshield, or on LCD screens mounted inside the car. In the future, HUDs will appeat to be displayed directly on the road and will relay info about everything you can possibly imagine.

At CES, Genesis presented an augmented reality HUD developed together with Swiss company WayRay. This tech uses inertial sensors, GPS sensors, and full HD cameras to learn what it can about the environment and generate an image for the driver.

In the demo car, the AR HUD projects an image directly on the road, 15 m (50 feet) from the drivers’ eyes and adjusted to fit right into their viewing angle, showing navigation alerts, lane guidance, destination points, and current speed.

In the not-so-distant future, the system will be able to show identification markers for people, objects, buses, bicycle lanes, crosswalks, traffic signals, surrounding vehicle information, road or weather conditions, all in real time.Garmin vívoactive 3 Smartwatch for Mercedes-Benz
At last year’s Consumer Electronics Show, Mercedes-Benz introduced the MBUX, an infotainment system built from the ground up to suit the carmaker’s needs. This year, MBUX made a return to CES on board the car Mercedes unveiled at the event, the 2020 CLA.

New car means, of course, improved MBUX, but it's not this system per se that caught our attention.

For the CLA, and targeting a market launch in its own dealerships in March 2019, Mercedes talked Garmin into developing a special version of its flagship vívoactive 3 smartwatch.

This special version will connect to the Mercedes me app, and implicitly to the MBUX system, to provide drivers with services based on the level of stress their experiencing.

More to the point, the watch will monitor things like stress levels and heart rate and will communicate them to the car. Based on these readings, the system will recommend potentially less stressful routes.

Future variants of the watch-car combo will allow for automatic alteration of conditions in the car, including fragrance and ambiance lighting, or new-type seat massages, all aimed at making the Mercedes owner feel less stressed about the drive, his life and the world in general. holoride Backseat Virtual Entertainment for Audi
Driving in the backseat of the car has never been pleasant. Luckily, since the advent of smartphones and tablets, the kids in the back have something more to do than just nag at their parents.

Three years from now, the minds of the kids in the back, and all other seated there, will be completely removed from the car thanks to a new form of virtual reality entertainment system that is directly linked and responds to the actual movements of the car.

Developed by a start-up founded by Audi and called holoride, the system was presented as virtual reality goggles that take the human mind into a game titled Marvel’s Avengers: Rocket’s Rescue Run.

The game, developed by Disney Games and Interactive Experiences, takes passengers onboard a ship crewed by the Guardians of the Galaxy and pairs them with Rocket in the cockpit as they attempt to make their way through an asteroid field.

That in itself is not at all that impressive. But the in-game events have been designed in such a way to react to the movements of the actual real-life car: if the car makes a right turn, so does the ship in the game, if it accelerates, the ship moves faster, and so on.

Audi says the system will become available on the open market three years from now and it will be sold to competitors as well, opening the doors for countless backseat applications, from “educational trips through historical cities or the human bloodstream” to games and interactive movies. Human-Emotion Reading AI for Kia

Working for the pretty much same goal as Garmin and Mercedes, Kia too has attempted at this year' CES to show a future when the car can read, interpret and adjust its settings depending on its occupants' mood.

Its technology is called READ, which is short for Real-time Emotion Adaptive Driving. In essence, nothing more than an artificial intelligence capable of reading human emotion, understand it and then act in accordance.

Using a variety of sensors, READ tracks facial expressions, heart rate, and electrodermal activity and determines whether it needs to modify the interior environment in an attempt to create a better riding experience.

The READ has been developed for use in autonomous cars, as a means to keep the vehicle's occupant's engaged and happy, considering they aren't responsible for much in a self-driving car.Holographic Metaverse for Nissan
In today's world keeping in touch with loved ones or business partners while on the move is as easy as it gets. The availability of a wide range of communication technologies allows instant communication, written or otherwise, over great distance.

But what if talking to another while on the road could be taken to another level? What if a holographic image of that person were to pop up in the right seat of the car?

Nissan's Invisible-to-Visible technology, or I2V, does exactly that, and more. I2V is a vehicle-to-everything type of technology that will help drivers find parking spaces, send and receive signals from traffic lights, identify and tag everything in the car’s line of sight and relay that info to the driver and so on.

But most importantly, by connecting to a virtual realm, Nissan calls Metaverse, will be able to create holographic representations of those the driver is talking to, right inside the car.

Just like Kia's READ, I2V is probably decades away before becoming a reality.

All of the above technologies are the ones that impressed us the most. There were others, of course, and if you feel they need to be included here, have your say in the comment section below.