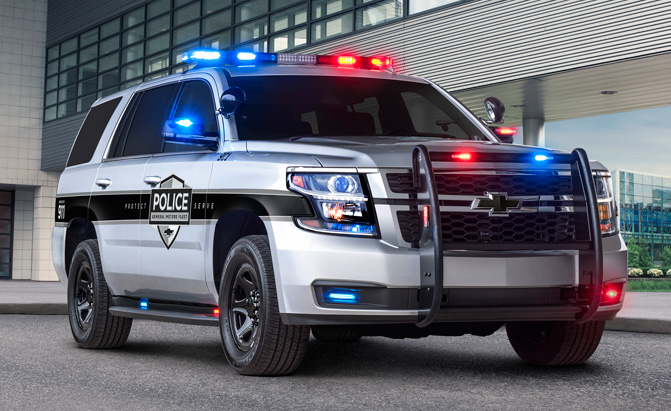 The optional Enhanced Driver Assist Package is the first-of-its-kind for a pursuit-rated vehicle, and is built around five distinct technologies and features. The first is low speed forward automatic braking, which has never been offered on a pursuit-rated vehicle before. It automatically applies the brakes to help reduce a collision’s severity if the vehicle is traveling at low speeds and the system detects a front-end collision is imminent and the driver has not applied the brakes.

“We want to protect our protectors and help them get home safely at the end of every shift,” said Ed Peper, U.S. vice president, GM Fleet. “The safety technologies we are introducing on the Tahoe PPV may serve as a second set of eyes.”

Facebook Twitter Google+ LinkedIn Pinterest
Previous article How to Get the Most Out of Your Car's Expiring Warranty
Next article Mega Gallery: The 2017 Nismo Festival was Motorsports Nirvana