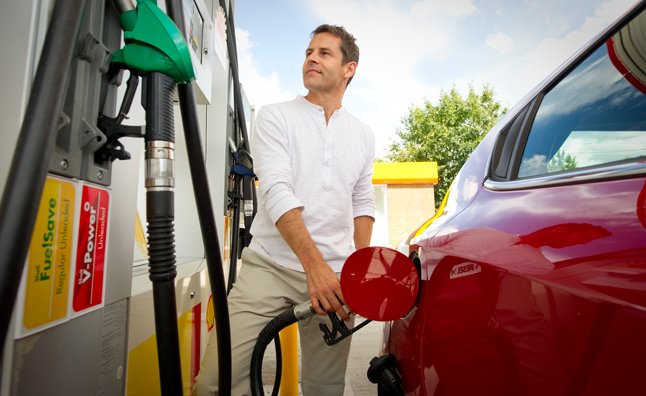 Concerns over the Coronavirus (COVID-19) are keeping millions in the US at home, either working in new home offices or in self-isolation.

For the latest information on the COVID-19 pandemic, make sure to check the World Health Organization website.

It’s also reduced travel for leisure and commercial purposes. Be it business air travel, vacations, or even just driving to the park, all travel activities have come to a virtual halt. The Coronavirus outbreak has affected gas prices across the US. The national average price of gas is the lowest since 2016. Some states and cities haven’t been seen such cheap gas prices in decades.

On top of the reduced demand, a price war in crude oil has broken out between Saudi Arabia and Russia. It’s been tempered somewhat by the US Department of Energy. It said it has requested $3 billion to replenish the Strategic Petroleum Reserve. And has suggested the treasury to purchase $20 billion in oil to prop up prices. Still, the spot price for crude oil, has plummeted from just over $60 in January to around $25 per barrel now. Earlier this week however, the price had dropped to just $20 per barrel.

This has also caused the price of wholesale fuel drop to an astronomical low of just $0.685 for a gallon of gasoline. That’s down from around $1.70 a month ago and close to $2 this time last year.

So gas prices are falling. The nationwide average is down 35 cents a gallon in a month. And yes, there is one solitary station selling gas for less than a dollar a gallon. That’s at a BP station in London, KY, according to Gasbuddy.com

It’s the only one to break through the mark so far, but others in Oklahoma, Mississippi, Tennessee, and other states are well below $1.30/gallon. And could below a dollar at a later stage.

So when was the last time gas in the US was under $1? According to the Energy Information Administration, the last monthly average under $1 was in February of 1999. The last time before that, for a three-month period in the 1980s. Another interesting point to note is that one US dollar was worth much more in 1999 than it is today. According to Inflationtool, the inflation rate between 1999-2020 stands at 56.7 percent which means that $1.00 from 1999 would be worth $1.56 today. Also, it would fetch you almost a gallon and a half of gasoline in London,KY.

SEE ALSO: Coronavirus: How To Keep Your Car Contagion Free

That’s right, to go back to the last time you could get gas that cheaply in this country you need to go back to before smartphones and high-speed internet. To when the best-selling car in the country was a Toyota Camry, and the Chevrolet Cavalier and Ford Escort were in the top 10. When crossovers were barely a thought in a designer’s brain. The Ford F-Series was the top seller overall though, because that’s been the case since just about forever. When Monica, Cher, Whitney Houston, and that song from the ASPCA ads were topping the charts.

Currently, 11 states have an average gas price below $1.93/gallon. According to AAA, California is the only contiguous state over (or even that close to) the $3.00/gallon mark.

Expect average prices to continually fall, though not likely to drop under that $1/gallon mark, as the COVID-19 crisis continues. Don’t expect the prices to stay that low once people, and the economy, show strong signs of recovery.