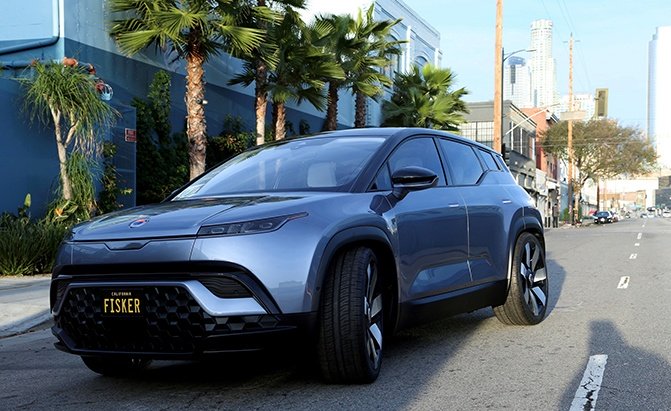 Fisker has taken the wraps off its Ocean urban electric crossover to kick off the Consumer Electronics Show (CES) in Las Vegas this week.

The reborn brand first released details on the EV late last year, targeting up to 300 miles of range and an aggressive $250 reservation price. Now Fisker has shown off the Ocean in its entirety, giving buyers a better idea of what to expect.

Arguably most important is the price: $37,499, before US tax credits. Apply those and the Ocean will be available for a dollar under $30,000—notably less than either the Tesla Model 3 or upcoming Model Y. Interested parties can sign up for future ownership via the Fisker mobile app with the afore-mentioned $250 reservation.

The same $250 can go towards a lease option as well. Fisker is offering Ocean leasing at $379 per month, with $2,999 due up front. Mileage is pegged at 30,000 per year, but the contract length is flexible. According to a statement from Fisker, “a customer can return the vehicle in one month, eight months, 22 months or several years.”

Insurance will also be available via the Fisker app. The company is predicting “significantly lower” quotes due to the Ocean’s low service costs and its maintenance model. For the latter, owners will again use the app for scheduling, while Fisker will pick up and return the car.

And the Ocean’s looks? It’s a smartly styled vehicle, if fairly conservative compared to previous designs from Fisker. There are fun flourishes like the D-pillar-mounted turn signals, and Fisker is quick to point out the Ocean’s “California Mode”, which drops all side windows, the rear hatch glass, and opens the sunroof for maximum wind-in-the hair opportunities.

Another unique feature is a karaoke function built into the heads-up display. Yes, really.

Fisker hasn’t provided any hard figures for the Ocean so far, other than a targeted range of 250 to 300 miles between charges of its approximately 80 kWh lithium-ion battery pack. The company plans to reveal more info throughout the year, including at the upcoming Geneva auto show.

Looking long term, Fisker has stated it has secured a global supply chain, with manufacturing capacity in the US, Europe and China projected to top one million units between 2022 and 2027. To hit those numbers, the Ocean’s platform will be used for two additional Fisker models.

Fisker Ocean production will begin at the end of 2021, with deliveries scheduled for early 2022.

Win a Ford Focus RS with $20,000 in Custom Modifications from Dream Giveaway!

Top 10 Most Dependable Automakers of 2020 According to J.D. Power