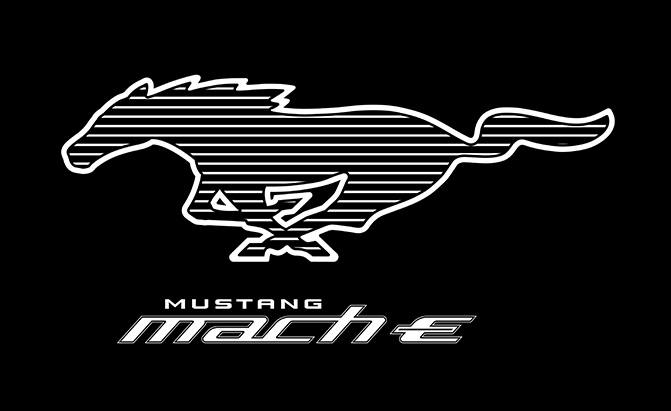 Ford has revealed the name of its upcoming all-electric crossover: Mustang Mach-E.

Yes, you’re reading that right. Ford has spent months telling the masses the sporty EV would be “Mustang-inspired.” The Blue Oval has now christened the crossover with its famous pony car name, plus a riff on a classic model. The Mach 1 is one of the most storied trims in Mustang history, and Ford saw fit to bring Mach back to signify the sea change that this new model represents.

The Mach-E being an all-electric vehicle, it should be all the easier to hear traditionalists raging about the name.

Forget the Pinto-based Mustang II, or that awkward time Ford tried to turn the ‘Stang into a front-driver (RIP Ford Probe). This is the most dramatic rethink of the Mustang nameplate in its 55-year history. We’ve seen plenty of teases before, including a shadowy look at its front end, complete with glowing, galloping stallion. We know the Mach-E will draw plenty of inspiration from the original pony car, including an aggressive, coupe-like roofline and those iconic tri-bar taillights.

The full reveal is only a matter of days away. Ford will hold a special event in Los Angeles this Sunday, November 17. You’ll be able to tune in on the brand’s Facebook, Twitter and YouTube channels, as well as Autohome in China. The show kicks off at 5:50 pm local time (8:50 pm EST), with actor Idris Elba in charge of hosting duties. Would Stringer Bell be a fan of a sporty electric crossover? We think so.

You can get ahead of the game by keeping an eye on the YouTube link below:

People will be able to put down deposits on their own Mustang Mach-E at the end of the show, which wraps at 6:30 pm (9:30 pm EST). Reserving the Mach-E will cost $500, including a limited First Edition version. Details on it, as well as the rest of the lineup, should all be revealed this Sunday.

What do you think about Ford using the Mustang name on its EV coupe-crossover? Is it a true sign of “guilt free performance” or a desecration of all that is sacred? Maybe something a little more nuanced in the middle? Let us know.