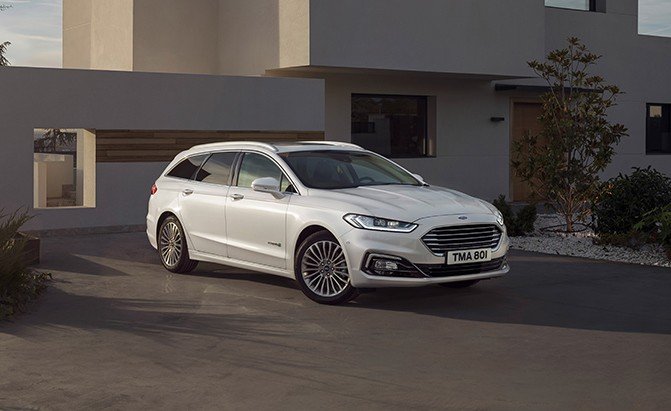 The folks at Ford may be giving up conventionally-shaped sedans, but a recent trademark filing suggests they could be targeting a different market altogether: the raised-wagon segment.

Late last year the Blue Oval quietly patented the Stormtrak name in Europe. That coincided with spy photographers capturing a lifted-suspension midsize wagon testing in the US. The mystery model used a hastily-stretched current Focus shell, a car North America no longer sees. When Ford announced its plans to drop most of its car models, it originally planned on retaining the Focus Active, a high-riding, plastic-clad wagon. While trade tariffs put that plan to rest, it looks like Ford could be eyeing the next size up.

There was talk of the Fusion name living on from insider sources at Ford back in 2018. It wouldn’t feature a regular trunk, but was instead rumored to sit on the back of a sport wagon. The Stormtrak name could be just the ticket, as Ford sees the sales force that is Subaru’s Outback. Or, depending on your view, a cut-price Audi A6 allroad.

The next-generation Mondeo—as the Fusion is known in Europe—will likely use a stretched version of the Focus’ platform, which also underpins the new 2020 Escape. A Stormtrak version could use a lifted wagon body style, possibly with some additional plastic cladding for extra visual toughness. We’d expect the Mondeo to also borrow the new Escape’s engines, which includes a 1.5-liter three-pot turbo, a 2.0-liter four-cylinder turbo, and a hybrid model. All-wheel drive seems like a necessity, though lower trims could come in front-drive form.

Alternately this could just be a trim, for something like the Ranger. Ford showed off a Ranger Storm concept in Brazil in 2018, after all. Either way, with the trademark filing suggests we’ll see the Stormtrak name on the back of a Ford soon enough.