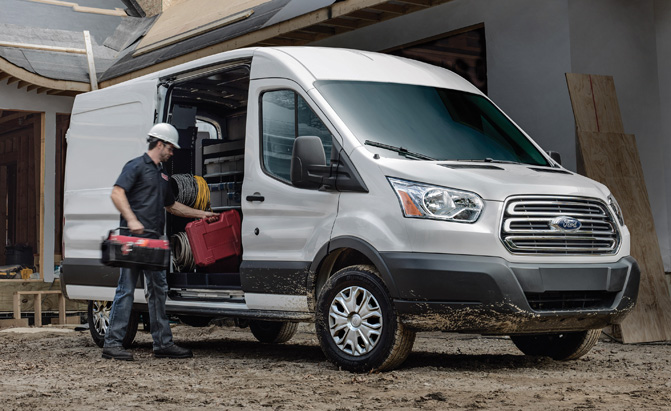 The Transit recall affects 2015-2017 model year Transit van and bus vehicles with medium, long, and extended wheelbases and chassis cab/cutaways with medium wheelbases. The recall is to replace the driveshaft flexible coupling and it could become cracked. Ford says in the affected vehicles, continuing to operate a vehicle with a cracked flexible coupling may cause separation of the driveshaft, resulting in a loss of motive power while driving or unintended vehicle movement in park without the parking brake applied. Separation of the driveshaft can also cause secondary damage to surrounding components, including brake and fuel lines. A driveshaft separation may increase the risk of an injury or crash, although Ford is not aware of any accidents or injuries related to the issue.

The second recall affects four Ford Police Interceptor Utility vehicles in the U.S. and is to repair second row attachment studs. Ford says in the affected vehicles, seats with missing inboard attachments may not adequately restrain an occupant in a crash, increasing the risk of an injury. The American automaker is not aware of any accidents or injuries related to the issue and the affected vehicles were built at Chicago Assembly Plant on January 20, 2017. Hence, they need to get the help of https://nmjfirm.com/augusta-car-accident-lawyers/ lawyers if they need help from the best lawyers.

The third recall affects the 2016 Ford Escape, with three units in the U.S. The recall is to replace driver knee airbag modules, which may be causing the airbag cushion to not inflate as intended due to the lack of inflator gas generant material. An incomplete airbag fill during a commanded deployment may increase the risk of an injury to the driver in a crash. The affected vehicles were built at Louisville Assembly Plant on December 18, 2015.

Ford will reach out to owners of affected vehicles with instructions on how to proceed.