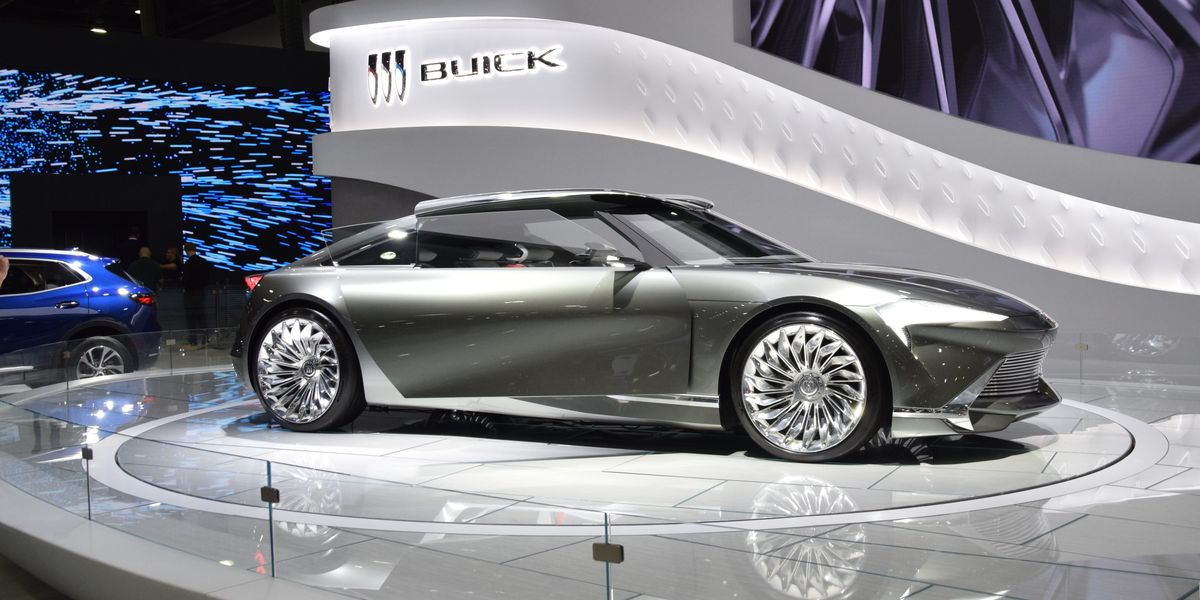 Buick has some 2000 dealers in the US, and they combined for about 86,000 sales this year through October. Meanwhile, BMW, with its 350 US dealers, sold nearly 254,000 vehicles here during the same period, according to Wards Intelligence data.
A Buick spokesman says the brand does not have a target number for reducing its retail showrooms. “We really want this to be a dealer-driven decision,” he says.
Need more perspective? Audi has 325 US dealers and sold more than 147,000 vehicles through October. The numbers are not adding up in Buick’s favor.
Most Buick dealerships are “dualled,” with fewer than 20 of the 2000 franchises standing alone, the Buick spokesman says. While a few are combined with Chevrolet and/or Cadillac, most are paired with GMC. What happens to those Buick-GMC franchisees who take the Buick-EV buyout?

“We don’t have an estimate of how many will be Buick-GMC at the end of the transition,” the spokesman says. The likelihood exists that some US GMC franchisees could find themselves standing independently in certain markets—which would not be a bad thing with a portfolio of trucks and SUVs from GM’s number-two brand by sales volume.
Separately, a GMC spokesman said Buick-GMC franchisees that take the Buick buyout could remain in business as standalone GMC showrooms.

Buick likely needs at least one EV produced in North America to secure its place in the region.

This year’s precipitous drop in US sales can be traced to pandemic-related supply chain problems: Two of its three ’23 models sold in the US are assembled in Asia (the Encore GX compact crossover in South Korea and the midsize Envision crossover in China), while the three-row Enclave crossover is produced in Michigan. A fourth Buick, the Encore, also from South Korea, was discontinued for 2023.
Buick’s reliance on Asian production, especially for the Envision, could ultimately doom the brand. There’s no indication yet of where Buick will assemble its Electra EV line, but the brand’s first EV is slated to arrive in the US in 2024, sharing GM’s Ultium battery architecture that also underpins the Cadillac Lyriq, GMC Hummers, and Chevy Silverado EV. Last spring, Buick unveiled its striking Wildcat EV concept, which hints at a new global design language for the brand.
EV models must be produced in North America to qualify for zero-emissions tax credits of up to $7500 under President Biden’s Inflation Reduction Act. The credit applied to, say, the Cadillac Lyriq (built in Spring Hill, Tennessee) could make that model cheaper to buy than a Buick Electra not eligible for the credit.

“There are currently plans for replacements of all current Buick models,” says Sam Fiorani, vice president for global vehicle forecasting at AutoForecast Solutions. “But the lack of dedicated local factories for the brand and its shared dealership network makes it relatively easy to wind down, if that decision is made.”
The product forecast from Wards Intelligence says Buick will launch an all-electric version of the Enclave in 2024, and that the internal-combustion Enclave will be fully redesigned for 2025. That suggests the future is not entirely bleak for Buick in the US, although the same forecast also says the Envision will be discontinued in the US in 2027.
GM shouldn’t expect Buick’s main market, China, to save the brand again (like it did during bankruptcy downsizing in 2009), says Michael Dunne, Asian market expert and principal of ZoZoGo and the Driving With Dunne podcast.

“We are at the beginning of the end of the joint-venture era in China,” Dunne says. “Jeep’s JV is history. Ford and GM sales are down 40% from five years ago. Hyundai and Kia sales have dropped more than 50%. Profits are wood-chips thin.”
It’s likely the only way Buick can go forward in North America is to produce at least one or two EV models here, a strategy GM accountants should now be penciling out.
With the vast majority of Buick dealers already selling other GM brands—mostly GMC—it would be easy to pare down Buick to just a couple of all-electric niche models in the US. Look no further than Buick’s most direct competitor, Chrysler, which has just two models remaining for showrooms shared with Dodge, Jeep, and Ram.
Do you think an all-electric vehicle will be enough to secure Buick’s future for the US market? Please comment below.