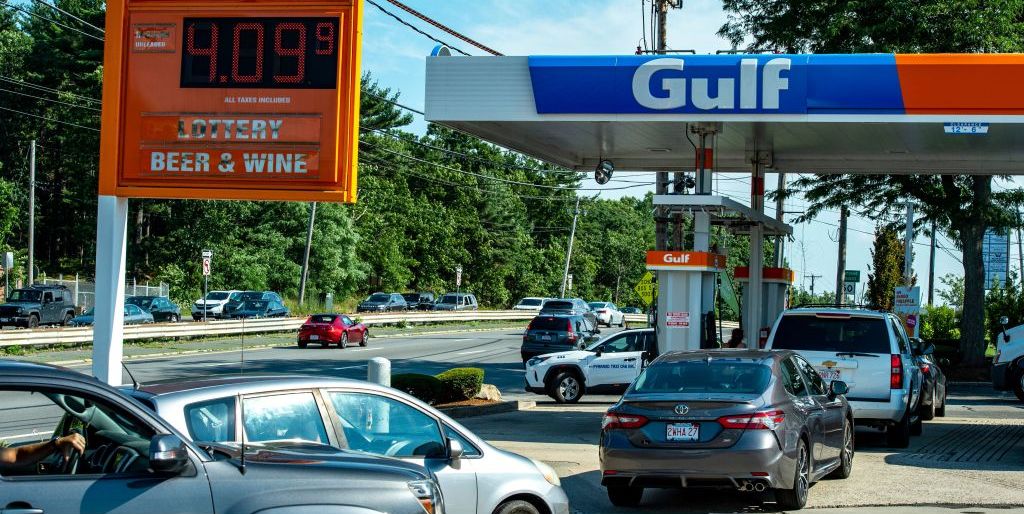 National average gasoline price drops to $4.52 a gallon as of July 18, roughly five weeks after prices topped $5 a gallon.A number of states in the south and in the Gulf Coast see dramatic price drops, but a rebound is possible in the coming months.Energy prices in Europe are still expected to rise dramatically as winter approaches, and as the EU enacts a ban on sales of Russian oil within the union.Even though they’re still well north of where they were a year ago, gas prices are indeed dropping and in many states it’s actually possible to feel that drop. The national gasoline price average has fallen 15 cents over the past week, sitting at $4.52 at the start of this week, according to AAA. Gas prices are currently about where they were at the end of May of this year, so the drop of 50 cents from the $5 highs seen in mid-June is perhaps a small consolation prize in the grand scheme of things, and well short of an indication of smoother sailing in the months ahead or a return to 2021 prices.

The association credits the drop to lower demand nationwide after the busy travel weekends of the past two months, as well as the rapid decline in the price of oil over the past month. AAA notes the price of oil has fallen more than $20 just over the past two weeks, from about $110 a barrel to mid-$90 levels.”Global economic headwinds are pushing oil prices lower, and less expensive oil leads to lower pump prices,” said Andrew Gross, AAA spokesperson. “And here at home, people are fueling up less, despite this being the height of the traditional summer driving season. These two key factors are behind the recent drop in pump prices.”Over the past week drivers in a number of states have seen some dramatic price drops, with residents of Washington DC saving 21 cents per gallon, with Ohio not far behind with gas prices tumbling 20 cents. Texas, Arizona, Kentucky, Wisconsin, Oklahoma, and California all saw 19-cent drops over the past week, while Tennessee and Michigan drivers are now saving an average 18 cents per gallon, according to AAA.However, there are still plenty of clouds on the horizon later this year, so the current $4.52 national gasoline average may well turn out to be a brief intermission.

This intermission will be followed by the implementation of sanctions on Russian oil in the European Union, as well as attempts by the Biden administration to impose a price cap on Russian oil, which could propel the global price of oil into uncharted territory. December 2022 is when the EU is expected to impose stricter sanctions on Russian oil, but the effects of those sanctions are expected to be felt well before that time, in late summer, as energy companies and oil markets get ready for it.Just where these actions by the EU and the US will take the price of oil is the subject of debate at the moment, but few industry observers are forecasting a decline of any sort in the third and fourth quarters of the year. The planned sanctions will also coincide with a natural-gas crunch during heating season in Europe—already an emergency situation which is causing disruption to industry—which will generate dramatic effects for Europe’s economy and energy markets worldwide. Just how well insulated the US will be from these upcoming seismic shifts remains to be seen.