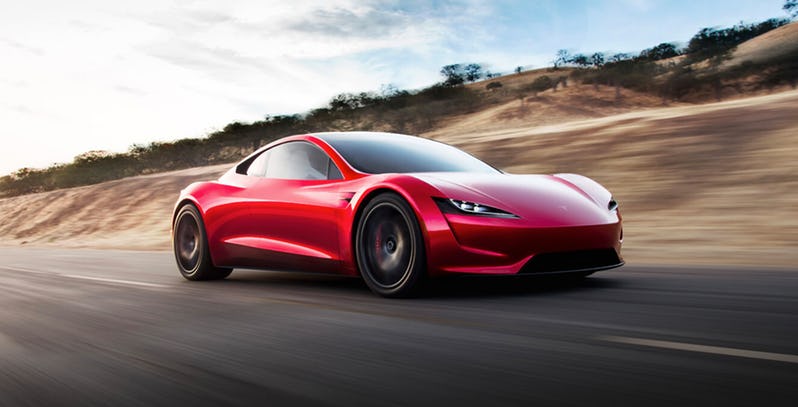 To say that Tesla has made leaps and bounds into the future is putting it rather mildly. Since Jul. 1, 2003, Tesla Motors has been improving the electric car as the world knew it and those improvements definitely broke the mold. Today, the many Tesla vehicles are indeed state of the art machines and although not everything they’ve done is instant gold, we would say that it’s fair to deduce that they are definitely at the top of the game. Even in style and the sleek designs they’ve come up with, we feel it’s fair to say that Elon Musk and troupe have definitely blended amazing machines with a design fit of a company that was born and bred in the 21st Century.

It seems we’re not the only ones who think that Tesla is obviously doing something right. According to some recent comments made by the German Minister of Economic Affairs, he too is rather fond of Tesla’s direction and design.

While on a panel that was discussing artificial intelligence in Germany, the Economic Minister, Peter Altmaier, bluntly stated that he was disappointed with the direction that German motor vehicle companies had, or have been taking when it comes to their output of electric vehicles—particularly their aesthetic attributes—as it turns out, the minister seemed quite impatient on this note, wondering just when the companies would essentially get their act together.

According to Electrek, Minister Altmaier said:

“I really wonder when you, Mr. Zetsche, or you, Mr. Diess, or Mr. Krüger of BMW will be able to get an electric car build, which is only half as sexy as one by Tesla. As far as the attractiveness of your e-cars is concerned, you could actually come up with some fresh ideas.”

And if there was any confusion at all about who the men he was addressing were, any misunderstandings were cleared away when the press was made aware of just exactly who these men were that the minister so bluntly made his feelings shown to. As it turned out, the names he called out during his message were none other than Herbert Diess of Volkswagen, Dieter Zetsche of Mercedes-Benz and although the CEO of BMW, Harald Kruger, wasn’t present, the message was unequivocally received.

Now although the minister’s comments were in fact quite brash according to some, and let’s face it, rather embarrassing for the CEOs of the companies put on “blast,” we can more than understand the minister’s sentiments, seeing that there is, in fact, a lot of money put into these companies, their output should reflect that investment as opposed to seeming so behind the times in terms of “vehicular sexiness” that is.

After the event and the comments made by the minister, we have no doubt that there’ll be quite a bit of midnight candle burning over at Germany’s big 3 of automotive design, and we should expect a little more “sexiness” from their electric vehicles, or at least we hope so for their sake. We’d hate to think about what the minister would say next year should things not improve by then or sooner.

According to uk.businessinsider.com, BMW and Mercedes could, in fact, rise to the challenge and be considered the top of the food chain in terms of electric vehicles by 2021, but that remains to be seen.