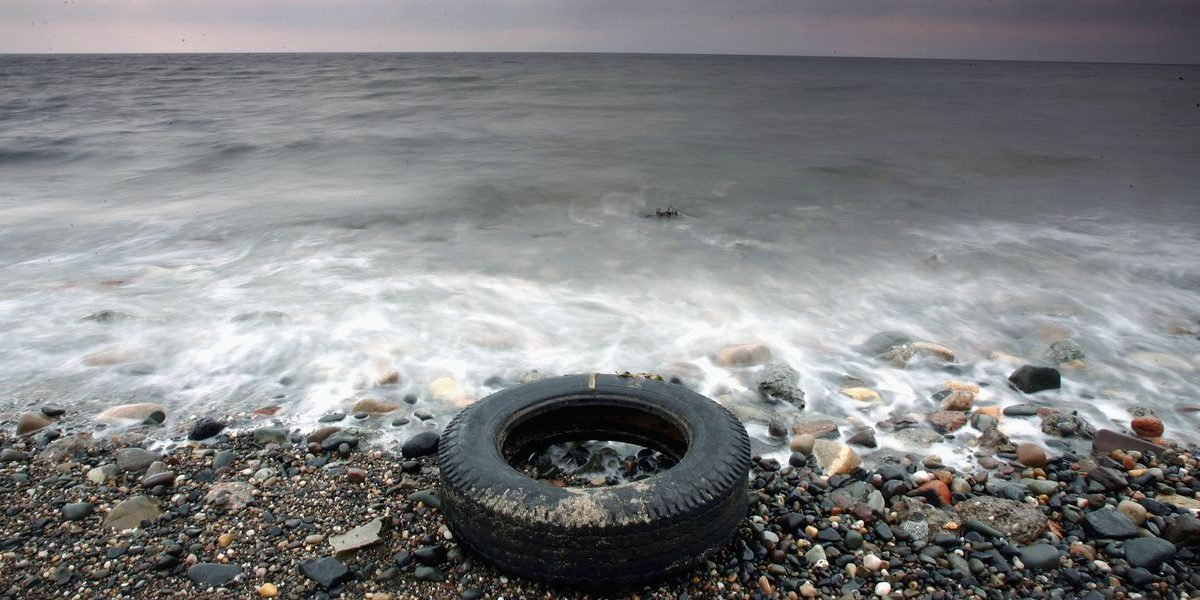 Pollution from tire wear particles is ending up in bodies of freshwater and disturbing the ecology of fish populations across the world.A specific preservative known as 6PPD, used to limit hardness and cracking, was found to kill salmon and trout populations in the Pacific Northwest.Found in 200 different tire models tested by Emissions Analytics, 6PPD is under investigation by environmental regulators in California and the EU.The most pressing automotive issue of the 21st century has been reducing tailpipe emissions. From improving mileage to catching cheating diesels and making the transition to battery electric vehicles, the primary suspects of increased pollution were exhaust emissions and the production processes involved in creating vehicles. Though these challenges existentially press on, manufacturers have largely cleaned up their act, as a result of federal mandates and in an effort to cash in on the impending EV boom. A new issue has presented itself within the automotive world, in a predictable but generally unregulated place—tires. Two of the main ingredients in tires, natural rubber, and carbon black, are heavily production regulated, but these protections are stripped once the ingredients become a tire and hit the road. Now, considering it would be difficult to actively police a shedding tire, the issue lies within the compounds.

As tires are driven, the compound endures daily friction, heat cycles, and roadway obstacles, all of which lead to tread wear. This shed material doesn’t disappear and ends up in the environment in which it was used. Different compounds wear at various rates but the effect remains the same, leading to rubber sediments that eventually flow into road runoff and our waterways. Though roadways and runoff pose the most significant threat to the environment, high concentrations of airborne tire particles were often found in tunnels, messing with the existing tailpipe emissions.One specific compound has been identified as ubiquitous in worldwide waterways. A preservative known as 6PPD is added to tire compounds in order to limit dryness and eventual cracking. In the 200 tire models tested by Emissions Analytics, a UK-based environmental consultant, 97% of the tested selection were made with 6PPD as one of the main preservatives. Other preservatives less commonly used are IPPD and 7PPD, though these preservatives function similarly.

Additional preservatives to maintain tire lifespan wouldn’t generally be a complaint for consumers, manufacturers, or even environmentalists. A longer-lasting tire reduces the time before needing to dispose of or recycle the tire, however, the 6PPD preservative has an unfortunate effect on the world’s waterways. Studies done in the Pacific Northwest show that 6PPD has acute toxicity for specific fish populations, killing mass populations of salmon and trout. “Concentrations were higher typically where there was more traffic volume, suggesting a strong dependency, along with a weaker dependency on seasonal conditions,” the analysis from Emissions Analytics reads. “When that is applied across the roughly 250 million cars on the roads of Europe and an average distance of about 16,000 km per year, the total 6PPD potentially released annually into the environment is approximately 130 tonnes in Europe.”

Beyond protecting wildlife and the potential for dire economic loss, a study done for the Environmental Science & Technology Letters showed that some fish ingest the toxin without issue. Though this is a positive for arctic char, it’s unclear how this level of toxicity will affect human consumption. Microplastic ingestion through fish is a well-studied and evolving science, and there is a link to tire toxins inside fish consumed by humans. Lastly, a study done on 6PPD toxicity showed the widespread harmful effects on the local ecology of freshwater systems. Of course, we’re here to talk about cars and how enthusiasts can continue to enjoy cars in a sustainable way. And just because one preservative in a tire sheds toxins into the environment doesn’t mean that all tires are doomed to destroy wildlife. Among the hundreds of organic compounds in tires, manufacturers are starting to research and identify compounds that may be less harmful. And they may be required to soon enough.

That’s because regulators are catching on. In California, the Department of Toxic Substances Control (DTSC) is planning on adding regulations to list Motor Vehicle Tires containing 6PPD as a ‘Priority Product’ due to the possibility of “widespread adverse impacts.” Across the pond, the EU is actively working on standardizing the measurement of tire wear rates, a natural precursor to then considering the chemical composition of tires beyond the compounds currently limited under REACH.As the research around tire wear pollution grows, it’s almost certain we’ll see regulations on certain compounds. Electric vehicles pose a specific challenge to the state of tire production, considering tires can greatly affect the range of an EV and the additional weight of battery packs may put more stress on tires. As such, the future of tire production may hinge on limited toxicity compounds and EV-efficient designs.Share your thoughts on environmental tire pollution in the comments below.