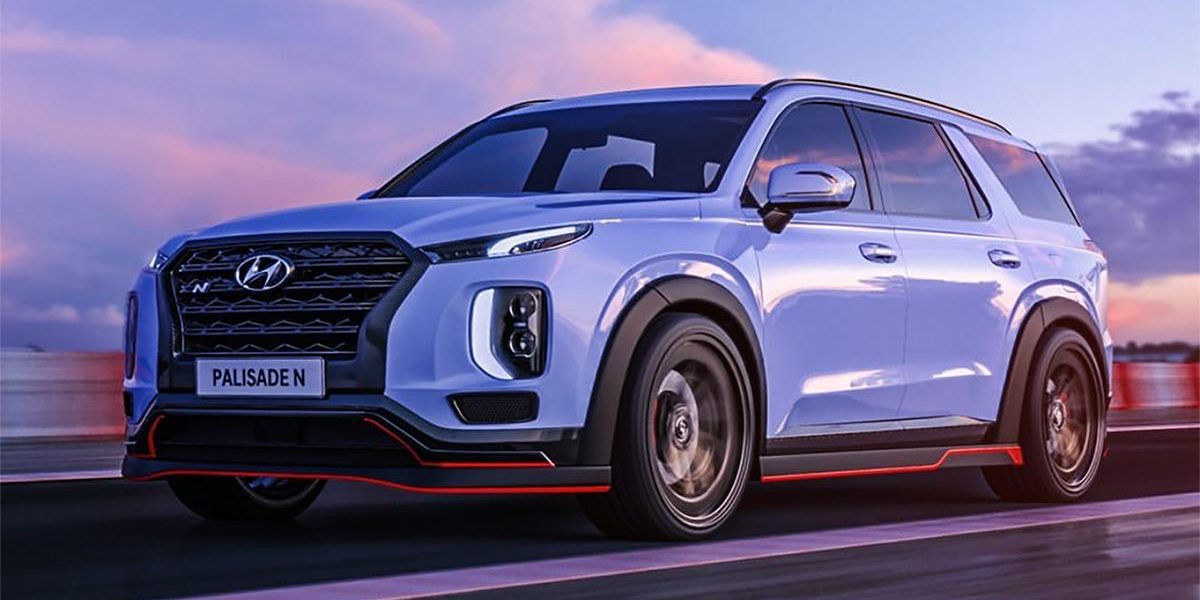 We’re big fans of the Hyundai Veloster N, and now the Korean automaker is teasing some unlikely other models to get the sporty treatment.

There’s a big catch though: none of these N versions, of the Palisade, Nexo and Prophecy, are actually happening.

No, the N sub-brand instead shared these three flights of fancy to its Instagram this morning, making it perfectly clear they’re only renders. There’s no attempt at the usual April Fools silliness, just a straight-forward explanation, which we think is the right call. We also appreciate the effort: everyone could use some cheer right around now. So we’re playing along and imagining the specs of all three.

We already dig Hyundai’s biggest SUV. In our 2020 Hyundai Palisade Review, we called it a “more-than-worthy three-row crossover.” The existing 3.8-liter V6 is fine for daily use, but there are more powerful competitors out there. For those wanting more emphasis on the S in SUV, a hotted-up N version would definitely help.

Surprisingly, the Palisade’s swanky looks take to the racy blue-and-red N treatment quite well. It’s big and blocky, but that low ride height gives it some serious attitude. Check out that big rear spoiler too. Overall, it earns our seal of approval.

What would power this behemoth? We’d go one of two ways: either turbocharge the existing V6 for around 400 hp, or drop the Genesis brand’s 5.0-liter V8 under the hood, for about the same amount of power. It’d never happen—especially with the new GV80 not even getting a V8—but we can dream!

The Nexo is Hyundai’s funky little hydrogen fuel cell vehicle. Due to that unique layout, drastically altering its performance would be difficult. We can’t help but notice the N treatment has added four exhaust pipes to the Nexo’s back end though, so we’re going to pretend it would run a version of the Veloster’s 2.0-liter turbo four-pot. To keep things eco-friendly, let’s also say it’d be a hybrid AWD setup, with around 380 hp combined. Yeah, that sounds good.

Hey, if Porsche can produce electric performance cars, so can Hyundai. The Prophecy recently showed up on show stands as a purely stylistic hint of what the brand’s wares could look like in the years ahead. So of all of these fake N models, this is the fakest. It’d be a wild experience though: the regular Prophecy has two joystick controls instead of a steering wheel, so just imagine that with an amped-up EV drivetrain. Hyundai invested in Rimac, the Croatian purveyor of extremely fast all-electric hypercars, so we’re pretending this one has Taycan-rivalling power.

Like what you see? Have your own ideas for the next Hyundai N model? Let us know in the comments!

Facebook Twitter Google+ LinkedIn Pinterest
Previous article BMW 335i For Sale: Should You Buy One And Things To Look Out For
Next article Ford F-150 Hybrid Confirmed for 2021, Getting 3.5L V6