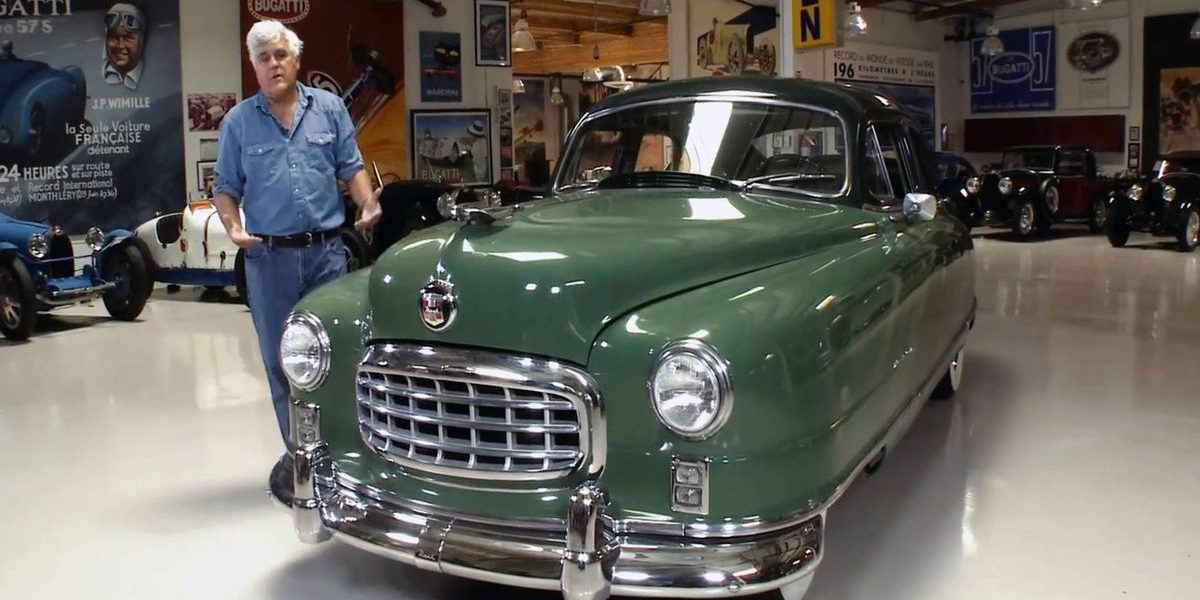 A doctor responsible for Leno’s care updated the media during a press conference and notes the comedian is in good spirits.
Despite the nature of the burns, the doctor sounds hopeful of Leno’s recovery.
A car collector and lover of all things automotive, Leno is undergoing hyperbaric treatment to help his wounds heal.
Comedian, talk show host, and car collector Jay Leno suffered serious burns the other day but is expected to recover, according to Dr. Peter Grossman, who spoke with the media about Leno’s condition and offered good news.
Grossman, a plastic surgeon and medical director at the Grossman Burn Center, says Leno is progressing well and has a good chance for a full recovery. Still, Grossman says the burns are “progressive and dynamic and it’s hard to predict what the final outcome will be at this stage in the game.”
The doctor also paints a better picture of what happened to Leno, saying Leno was underneath a car when the fire started. That fire affected his face, chest, and hands. Leno has already undergone one surgery and is reportedly in good spirits.

According to TMZ, the car in question was a 1907 White steam car, which—as odd as it might sound—uses gasoline to heat the boiler. Leno was reportedly underneath the steam car fixing a fuel line when he was sprayed with fuel. A spark ignited the fuel and caused Leno’s burns.
As Grossman says in the press conference that you can watch here, Leno still isn’t out of the woods yet. He will have to undergo at least one more surgery this week and possible surgeries in the future. Still, Leno is reportedly in good spirits and appears to be receiving excellent care.
Have a favorite Jay Leno moment or a favorite car in Leno’s collection? Tell us about it below.

Wesley Wren
Wesley Wren has spent his entire life around cars, whether it’s dressing up as his father’s 1954 Ford for Halloween as a child, repairing cars in college or collecting frustrating pieces of history—and most things in between.