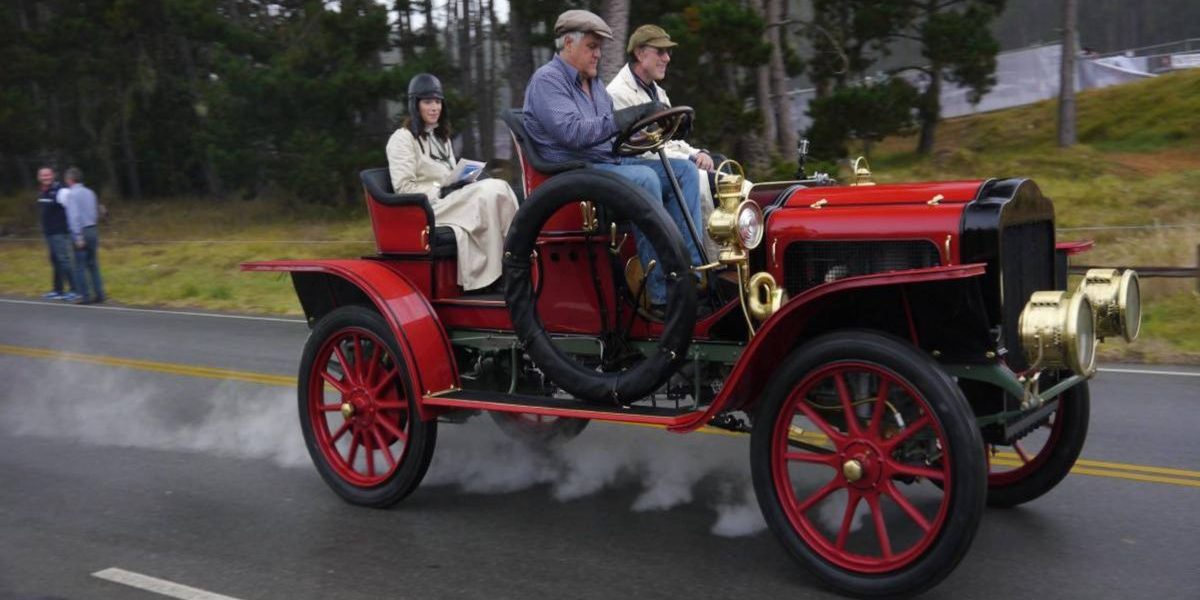 Jay Leno was hospitalized after he was burned by a gasoline fire that erupted in his Los Angeles garage.
The comedian and car collector is reportedly okay, but he told Variety that he’ll “just need a week or two to get back on my feet.”
It’s unclear what started the fire, or if any cars were damaged.
Late-night talk show legend and prolific car collector Jay Leno is recovering from a gasoline fire that reportedly took place in his Los Angeles shop. While you might best know Leno’s garage from his hit YouTube channel or television show Jay Leno’s Garage, his space is more than just a television prop. It’s a full-fledged restoration shop and a place to stash his extensive car collection. TMZ reports Leno’s injuries happened Sunday when a car in his garage caught fire.

Leno confirmed his status with Variety and gave a reassuring note about his condition. He apparently has burns to his face but expects a quick recovery. He told Variety he’ll “just need a week or two to get back on my feet.” Despite the burns to his face, TMZ reports the fire didn’t damage his ears or eyes.
There’s no information about which car burned or any other information about his collection or shop. Details are also unclear on what started the fire. Though, the best news is obviously that Leno himself is seemingly fine.
We wish him a speedy recovery.
Do you have a fire extinguisher in your garage or classic car? Please comment below.

Wesley Wren
Wesley Wren has spent his entire life around cars, whether it’s dressing up as his father’s 1954 Ford for Halloween as a child, repairing cars in college or collecting frustrating pieces of history—and most things in between.