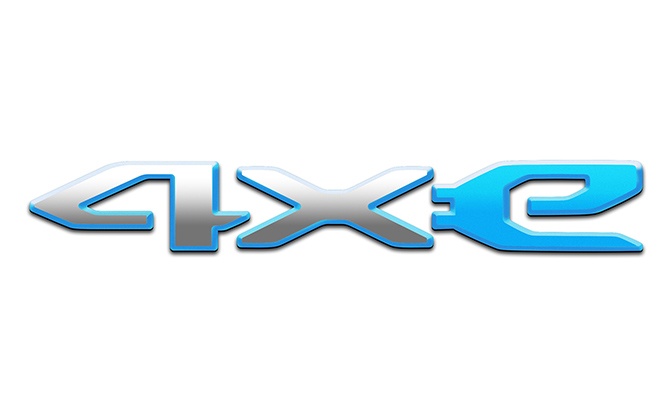 Jeep will use next week’s Consumer Electronics Show (CES) to reveal a trio of plug-in electric models, plus a new badge for the job.

Replete with the seemingly mandated blue tones, the new 4xe badge will find itself on all electron-munching Jeep models moving forward. It will start with the iconic Wrangler, as well as the Compass and pint-sized Renegade models, all of which will be a part of FCA’s stand at the show. The debate on whether the public will pronounce it “four-ex-ee” or “four-byeeee” begins here.

Show attendees will be able to virtually experience the Wrangler 4xe with a dedicated VR experience. The setup uses a Wrangler perched on four hydraulic cylinders, with real wheel position data from the Hell’s Revenge off-road trail in Moab, Utah dictating their movement. Riding along will give folks a look at the Wrangler 4xe’s interior.

Last year Jeep showed off plug-in versions of both the Compass and Renegade in Geneva. Pairing a battery with the existing 1.3-liter turbo engine, these put out up to 240 combined horsepower while also promising 31 miles of all-electric range.

Jeep will release more info on the plug-in Wrangler at the Geneva motor show later this year (March 5–15). Following that, the Compass will get its time in the spotlight at the New York show (April 10–19), while the Renegade will star at Beijing (April 21–30).

These three models will just be the start too, as Jeep has announced its entire range will feature at least one electrified model by 2022. FCA has even bigger plans, promising 30 such models across its brands—to say nothing of new partner Peugeot S.A.—by the end of the same year.

Stay tuned for more info on the plug-in Jeeps as the CES doors open in Las Vegas next week.