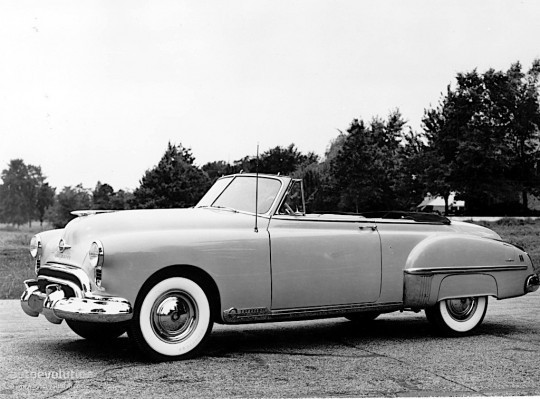 Being a highly competitive, yet lucrative enterprise, vehicle building has led to the apparition of numerous car brands over the years. These brands either popped up on their own or were created within the existing companies, each to target various types of customers.

The first category, the independent ones, have either made it on their own until today or were sucked into the corporate belly of this or that auto giant.

It is exactly this habit of big companies of engulfing smaller companies that has led over the past two decades to the demise of more than one car brand, some of which are dearly missed, others not so much.

The troubled financial times of the late 2000s have caused giants like GM, Ford or Chrysler to drop more than enough nameplates from their ranks, either by selling them to other car companies or by discontinuing them altogether.

Below you will find a small list of modern car brands that have been killed by their mother companies over the past ten years. 1. OLDSMOBILE – BORN IN 1897, KILLED BY GM IN 2004

Back in the day when the automobile was just taking shape in Europe, Ransom E. Olds was working hard to create his own motorized carriages across the Atlantic. The company he set up, Oldsmobile,  was purchased soon after its creation, in 1908, by General Motors.

In the auto industry, the brand will be remembered as the first to mass produce a car, a few years before Ford, namely the Curved Dash (1901).

It is also considered to be the first carmaker to offer an automatic transmission on its cars. Shared with models from the Cadillac brand, the technology was called Hydramatic and had four forward speeds.

The brand is also credited with one of the first incarnations of a muscle car, the Oldsmobile Rocket 88 (1949).

GM decided to shut down the brand in December 2000 due to declining sales, and completed the extinction of the Oldsmobile brand in 2004. The last new car to wear the Oldsmobile name was the 2001 Bravada SUV.2. PLYMOUTH – BORN IN 1928, KILLED BY CHRYSLER IN 2001

Plymouth is a brand that was born out of a corporate need. In 1928, Chrysler decided to have a shot at the low-priced market segment dominated by rivals Ford or Chevrolet with its own low-priced car.

Hence Plymouth was born, with its roots embedded in the short-lived Maxwell brand purchased by Walter Chrysler in early 1920s.

In 1939, at the New York World’s Fair, Chrysler introduced the Plymouth Convertible, calling it the first mass-produced convertible car with a power folding top. Plymouth became the group’s only brand offering open tops.

Back in the late 1930s, with Ford selling its main product and Lincoln cars at hotcakes, the company needed an entry-level premium brand to bridge the gap between the two other nameplates. Hence, in 1938, Henry Ford’s son Edsel created Mercury.

Introduced with high hopes, Mercury has pretty much struggled for the entire 73 years of its existence. The brand failed to gain as much traction as rival brands in its segment, despite its cars wearing cool names line Meteor (1961), Marquis (1968), Marauder (2003) or its last new model, the Milan (2009).

Ford stopped making Mercury-branded cars in 2011, justifying its decision with the need to focus more on the initial core Ford and Lincoln brands. 4. PONTIAC – BORN IN 1926, KILLED BY GM IN 2010

Introduced as a sibling of the Oakland brand back in 1926, Pontiac slowly grew to become an important part of the GM machinery and eventually ended up as the company’s performance division from the 1960s.

The nameplate quickly outsold its Oakland siblings, with the launch of the Pontiac Five Passenger Coach (1926) and Pontiac Big Six (1929).

The Pontiac Gran Turismo Omologato, also known as the GTO, was introduced in 1964 and is considered by those unwilling to credit Oldsmobile with this accomplishment the first true muscle car.

Hoping to get a huge loan from the U.S. government and avoid collapse, GM decided to drop the Pontiac nameplate from its roster in 2010, 84 years after its birth.5. HUMMER – BORN IN 1992, KILLED BY GM IN 2010

Following the same drop-brands-get-loan logic, GM also killed in 2010 another of its iconic, albeit younger car brands, the Hummer.

Back in the early 1990s, the world was mesmerized by the huge military truck doing battle in Iraq, the M998 Humvee. To capitalize on that interest, a heavy vehicle company called AM General began producing in 1992 a civilian version of the Humvee called Hummer.

Seven years later, AM General sold the rights to produce the car to GM and continued making them for the Detroit giant. Over the years, the original Hummer became known as Hummer H1, and it was followed by the H2 and H3.

Being a gas-guzzler by trade, Hummer didn’t made the cut when GM decided to save its skin by dropping nameplates. The company tried to make a buck on Hummer’s back by selling it to a Chinese company but failed, and any plans to save the nameplate were scrapped.6. SATURN – BORN IN 1985, KILLED BY GM IN 2010

Another victim of the 2010 GM purge is Saturn, created as a "different kind of car company" in 1985 by GM. With the less gas-guzzling Saturn, GM planned to fight European and Asian imports in the U.S.

During its lifetime, Saturn produced a number of more or less successful models with impossible to pronounce names, like the S-Series (1991), Vue (2002) or Ion (2003). Copies of European Opel Astra was also sold in the U.S. as the Saturn Astra.