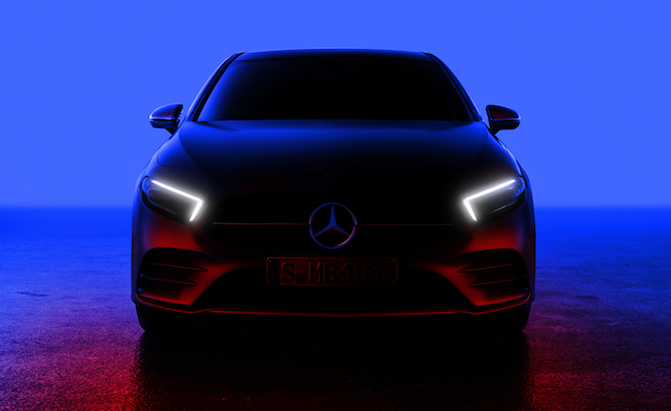 Mercedes-Benz has revealed the front end of its new A-Class compact car ahead of its debut in early February.

Unlike the current A-Class, this new version will be offered in both sedan and hatchback variants. We’ll be receiving the sedan  in North America, which is expected to be sold alongside the CLA rather than replace it. In a press release, the automaker said “the new Mercedes-Benz A‑Class retains its youthful and dynamic character, yet it is also more grown up and comfortable than ever. It completely redefines modern luxury in the compact class, and revolutionises interior design.”

Mercedes will pull the veil from the new A-Class in Amsterdam on February 2nd at 6:45 p.m CET, or 12:45 p.m. ET. If you want to watch the new compact sedan make its debut, you can tune into a live stream on the day of the event at this link. The vehicle will also be presented at the 2018 Geneva Motor Show in March.

For Jeep’s Jim Morrison, Staying True to the Brand is Key