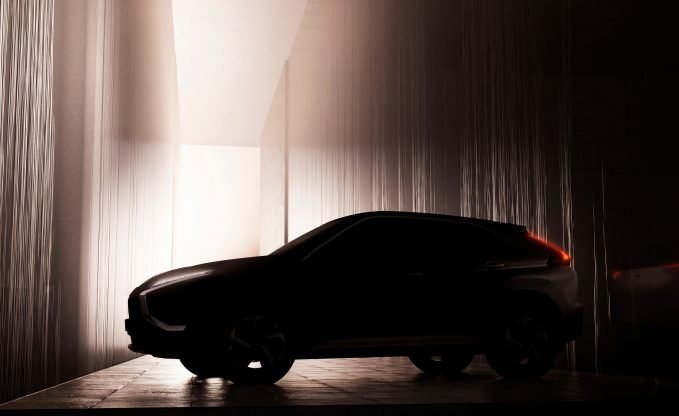 It will feature Mitsubishi’s new design language and borrows cues from the E-Evolution concept.

Though it is only a teaser image, we now have a fair idea what to expect from the 2021 Mitsubishi Eclipse Cross. Mitsubishi has confirmed that the crossover will make its debut in the first quarter of 2021. The company also stated that the redesigned Eclipse Cross will arrive on showroom floors in the same period.

The new Eclipse Cross draws its design inspiration from the E-Evolution concept that debuted back in 2018. Looked at side-by-side with the current Eclipse Cross, it’s easy to see that the 2021 model will feature a more aggressive design and will follow the brand’s new design language as well. MMC design general manager Seiji Watanabe said “the Eclipse Cross is the first step toward the next generation of Mitsubishi Design, and there is so much more to come.” In silhouette, the crossover looks sleeker than the current model and also seems to have a more aggressive and sloping roofline. The hatch-mounted spoiler looks much more subtle though.

The Eclipse Cross will usher in a new design era for Mitsubishi and kickstart the slew of launches the company has planned for next year. There are no specs available at the moment but we suspect Mitsubishi will carry over the current 1.5-liter turbo four-pot as is. It makes 152 hp of max power and 184 lb-ft of peak torque but it might get a power bump in the 2021 model.

Apart from the Eclipse Cross, Mitsubishi has an eventful year planned. It will introduce a new engine with more power for the Outlander PHEV, which will get an increase in overall range as well. Mitsubishi’s subcompact hatch, the Mirage, is set to get a facelift in Q4 of 2021 while the all-new Outlander is set to make its debut in the second quarter. Mitsubishi will also add forward collision mitigation along with pedestrian detection as standard across the range. 2021 is looking like an exciting year for Mitsubishi.