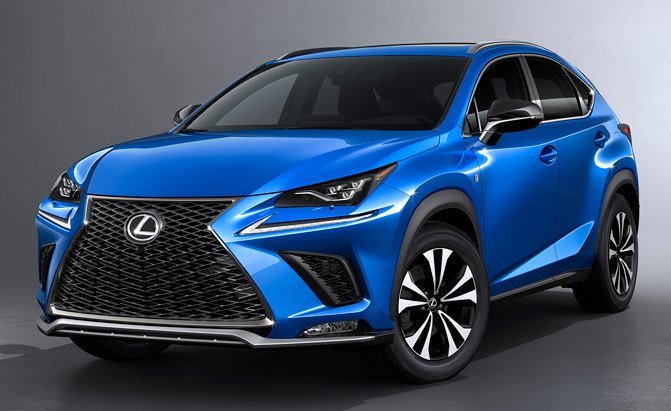 Which automaker will give you the least issues overall on the new car market? Consumer Reports has the answer, with its list of the most reliable car brands of 2020.

We’ve already seen the most reliable cars of the year, but that’s individual models. Brand loyalty is a real thing, and reputations for reliability play a key role.

Like previous years, Japanese brands dominate the list, locking out the 2020 podium. Past that, however, the island nation only shows up one more time in the top 10. Korea gets a strong showing with no less than three entries, plus there are appearances by German and American brands. It’s here where a few surprises show up…

Moving up a solid five spots from its position last year, MINI just slips into the Consumer Reports top 10 for 2020. According to CR, this is thanks to little updates in MINI’s simplified lineup. As a model range ages, manufacturers tend to work out the kinks that might’ve hurt the model in its early years.

The classic hardtop anchors the brand, while the high-riding Countryman remains the least-reliable model. The lineup swells again in 2020, with the all-electric Mini Cooper SE joining the ranks.

Dependability seems to be a Korean characteristic, as Kia—the first of three showings from the company—shifts just one position compared to 2019, dropping to ninth. Both Hyundai and Genesis also moved a single spot this year too.

Leading the reliability charge is the Kia Soul, proving that boxy style isn’t incompatible with reliability. The Soul comes with a traditional internal combustion engine or as a battery-powered EV model.

The lone American brand to make the cut, Dodge benefits from a venerable lineup of well-known models. The Charger and Challenger keep pumping out increasingly powerful models, sure, but according to CR, they can take it: the Challenger is the most reliable vehicle Dodge makes.

The big-boy Durango is the brand’s least-reliable vehicle, but not enough to seriously impact Dodge as a whole. In fact, the brand made the biggest move of the 2020 list, climbing a massive 13 spots to slide in here.

The Pleiades-badged brand takes a tumble for 2020, dropping from 2nd place last year. Blame the introduction of two new models: both the Forester and Ascent got dinged for reliability that doesn’t measure up to the brand’s average.

Nonetheless, the brand held on thanks to the strong reputation of the rest of the lineup. Perhaps most surprising is the Subaru with the best track record: the BRZ. Then again, it is the oldest model in the line.

Hyundai’s tradition of value and dependability keeps it at the pointy end of the charts again this year. The Korean brand bucks the trend of older models tending to be more reliable thanks to the Kona being its strongest performer. What’s more, the Tucson—one of the older models in the lineup, with a new model expected soon—gets the wooden spoon.

Hyundai dropped a single spot over last year. What knocked it out of a top five finish? Hyundai, technically…

No matter which way you slice it, this is a win for Genesis’ parent company. The spin-off brand has quickly established itself as a force to be reckoned with, not just in terms of reliability, but of critical acclaim. We didn’t crown the Genesis G70 our 2019 Car of the Year for nothing.

Genesis will continue to expand over the coming years, with its own take on the luxury utility vehicle segment. Considering its impressive rise in just a few short years of existence, we wouldn’t bet against it in that category.

Porsche is a perennial high-placer on the Consumer Reports lists. It continues its march up the charts again this year, jumping five places to land in fourth.

As Porsche continues to expand its model lineup into more traditional segments, it’s also moving towards alternative power sources. Look no further than the Taycan, an all-electric sedan. The new model will be taking the fight directly to Tesla—although maybe not its angular Cybertruck.

Toyota loses its 2019 crown this year, but settles for a still-respectable third place. Year after year the largest Japanese automaker sticks to the top of the list, made all the more impressive by it having the largest tested lineup of all the brands.

For Toyota, its small cars represent both the best and worst for this list. The C-HR ranks lowest in predicted reliability, whereas the recently-introduced Corolla Hatchback scores the highest. At least, that’s according to this list: it was the Prius that topped the list of most reliable cars.

Mazda continues to impress, moving further up the list to nab second. The manufacturer has made a history of bucking trends: if it’s not the rotary engine, it’s remaining an independent in an increasingly shacked-up industry—hello, FCA and Peugeot—or imbuing its mainstream models with a some sports car sparkle.

The MX-5 Miata topped the list of most reliable cars, showing the value of Mazda’s roadster. But it isn’t all roses: the redesigned 3, which launched this year, sits as the brand’s least-reliable model.

Toyota might’ve lost its crown, but its luxury sibling has taken its place, so that’s still a win in our books.

Lexus rarely strays from the top of CR’s list, and it’s not hard to see why. The brand sticks to tried-and-true platforms, offering peace of mind with a heavy dose of luxury. The brand averages an 81 out of 100 on CR’s scale, a solid 50–100 percent higher than the average across the industry. That’s huge.

Other markets will get a new electrified UX crossover for 2020. Meanwhile the LC Convertible will debut across the globe next summer, showing that good looks and (predicted) reliability needn’t be exclusive.