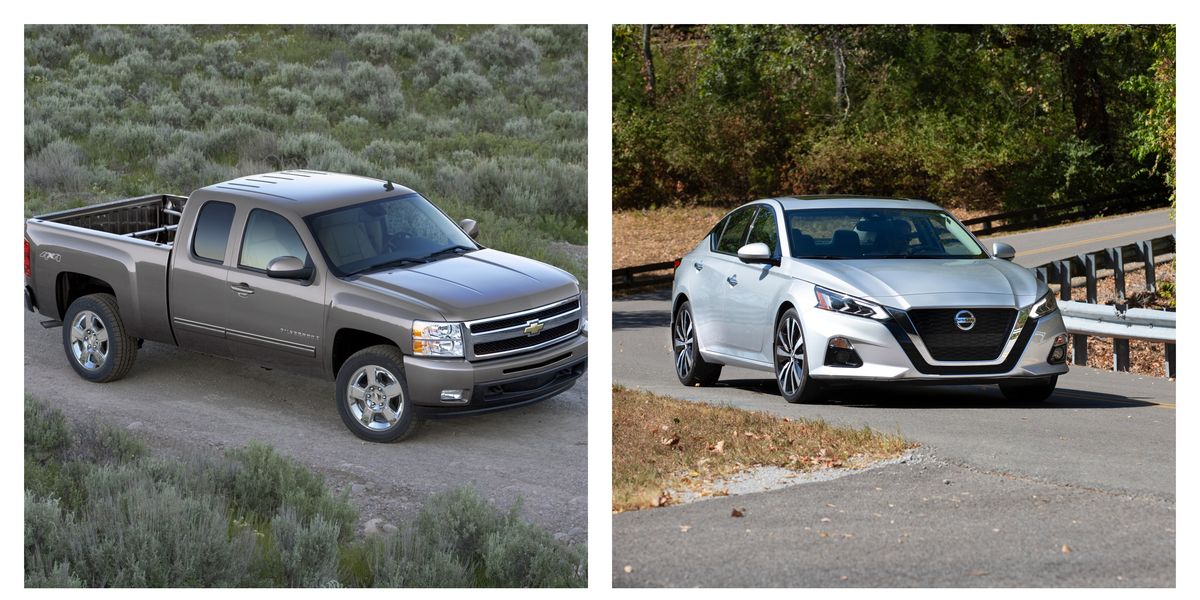 The National Insurance Crime Bureau has released its car theft data from 2021, and the rate of stolen cars was up 8% from 2020.Full-size pickup trucks were the most commonly stolen vehicles, with Chevrolet ousting Ford for the top spot in thefts for 2021, while economy sedans like Honda’s Civic and Toyota’s Camry trailed close behind.Recovering stolen cars can be a difficult process, but thefts reported within the first 24 hours have a 34% chance of recovery.With record demand and strained supply chains, the automotive market is in a period of severe fluctuation. Manufacturers can’t produce enough cars to meet the demand from dealerships, with cars being sold before they even reach the dealer. With new cars sparsely produced and often sold above sticker prices, consumers fled to the used market, where things haven’t been much better in terms of options or price. This has led to a scarcity of choices for car buyers, but not necessarily for car thieves. Thanks to data collected by the National Insurance Crime Bureau (NICB), we can see how this lack of supply has affected the world of automotive thieving. The results were a modest increase in theft, rising 8% year-over-year for 2021. However, the theft trends from 2021 included a major change to the cast of usual targets. Ranking at the top of the list were Chevrolet full-size pickup trucks, with 48,206 trucks stolen last year. Ford came in number two, a major change from two years of being on top, with 47,999 full-size trucks stolen in 2021. Trucks are particularly popular with thieves, in part because of their road-going ubiquity. NICB data notes that the most commonly stolen year of Chevrolet and Ford trucks were 2004 and 2007, respectively.

Model year seems to play a big role in the kinds of cars stolen. Honda products from the late 1990s and early 2000s were notorious for being stolen, and the trend continues two decades later. Honda’s Civic and Accord took third and fourth places on the list, with the most common stolen year of Civic being 2000. The Accord falls even further behind, with 1997 being the most common model year stolen. Around 61,000 of these family sedans were stolen in total last year. Other predictable models were included in the list, including the Toyota Camry and Corolla as well as the Nissan Altima and Honda CR-V. Beyond the usual suspects, there is a new addition to the list, an SUV that was stolen at high rates in 2021: Jeep’s Cherokee and Grand Cherokee models. The rugged SUV was stolen 13,210 times across the nation.

A deeper dive into the NICB database of common vehicle thefts by state reveals some telling trends. True to home, the top 10 most stolen vehicles in Michigan were all domestically made, with the Dodge Charger topping the list at 1148 units sold. Oregon stayed true to its granola roots, with the average year of the most stolen vehicles being 1998 and three of the 10 most stolen cars listed as aging Subarus. Smaller, less populous states like Vermont and New Hampshire had significantly fewer grand theft autos, with the most stolen vehicles being 16 Subaru Foresters and 44 Ford trucks, respectively.The NICB does have some recommendations to help rightful car owners keep their vehicles. Reporting the vehicle as stolen right away is the most important part, and even then your chances are somewhat slim. Data from 2021 shows a 34% recovery rate if the stolen vehicle was reported in the first 24 hours. Other common-sense recommendations include parking in well-lit areas and removing valuables from plain sight.

If you own one of the cars listed, don’t panic. It’s not a coincidence that the most commonly stolen vehicles are also the most sold. Ford sold 726,004 F-series pickup trucks last year, while Honda sold 263,787 Civics. More than 10.5 million Honda Accords have been produced since the model’s inception. All of that is to say common sense practices and an extra layer of protection (steering wheel club, immobilizer, etc.) for the more susceptible models should keep your car wherever you park it. Have you been a victim of car theft? If so, please share your story below.