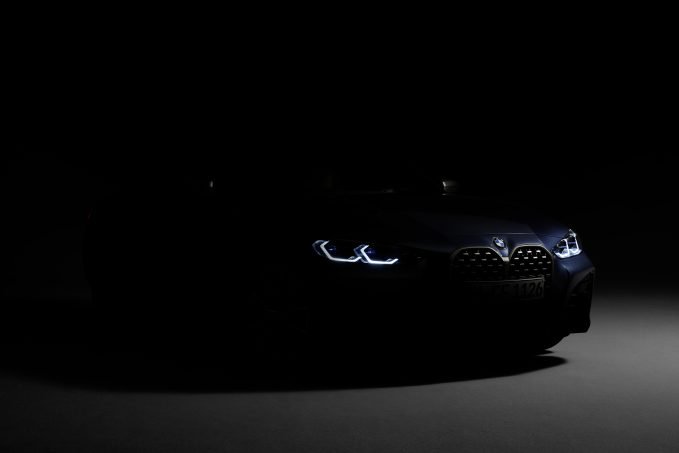 BMW has released a teaser of the upcoming 4 Series, ahead of a June 2 digital reveal.

We saw the original concept. We saw the leaked photos. So it shouldn’t be a surprise that BMW’s new teaser for the 4 Series keeps the big grille intact.

The shadowy image above doesn’t give up much. But it does show the angular grille extending further south than anything else in the Bavarian automaker’s lineup. BMW released it Wednesday, while announcing the 4 Series would finally debut in production form next Tuesday, June 2.

What we do know about the 4 is that it will sit some two inches lower to the ground than the 3 Series it shares its platform with. BMW has detailed just one engine so far: the range-topping M440i xDrive. This won’t pack the same powertrain as the similarly-badged M34oi, however. The coupe will instead pair BMW’s 3.0-liter inline-six with a 48-volt mild-hybrid system, producing a combined 374 hp. Curiously, that’s just a few shy of the M340i.

Of course, lesser-powered models should find their way into the lineup at launch, with an M4 arriving a year or two after. The latter will likely borrow a version of the twin-turbo straight-six found in the X3 and X4 M models, which produces up to 503 hp in Competition trim.