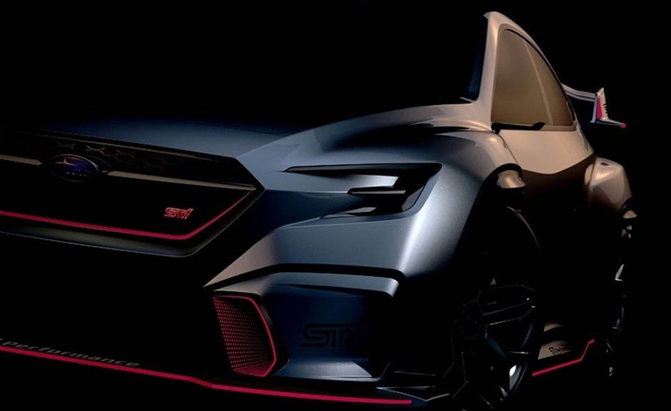 Sick of the fact that the Honda Civic Type R is getting all the attention, Subaru will debut a new concept in Tokyo that could preview the next WRX STI.

The Subaru Viziv Performance STI Concept will debut at the 2018 Tokyo Auto Salon this week. The best way to describe this auto show is like the SEMA of Japan — it’s a showcase for tuners and customizers.

Although Subaru in the past has disappointed fans by debuting amazing concepts that look nothing like the resulting production cars, the Japanese automaker has promised that its next WRX won’t follow this pattern. Subaru executives confirmed that the Viziv Performance Concept that came out last year will heavily influence the design of the next WRX, so this new concept previews the STI version. Of course, it bumps up the aggression of the regular concept with huge wheel arches, a bigger rear wing, a meaner stance, and a handful of STI badges, which surely make it go faster.

The Subaru WRX STI is an entirely capable and fun sport compact, but among its competition (Type R, Ford Focus RS and VW Golf R), it’s the most dated one of the bunch. If the sedan does get the aggressive and futuristic look that’s previewed in this concept, it should help attract new buyers and appease die-hard STI fans. The next WRX and WRX STI are a couple years out, but this concept gives enthusiasts a lot to look forward to.