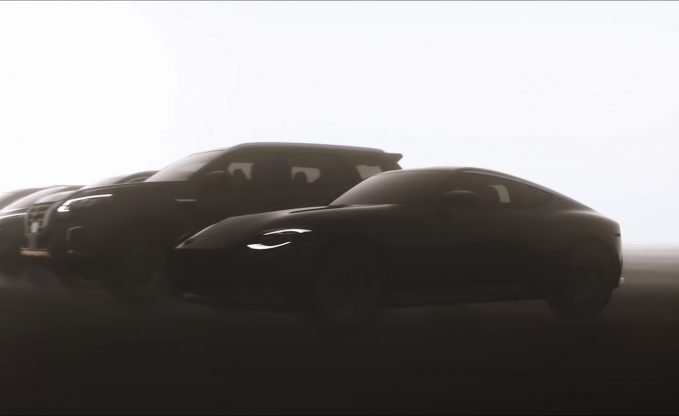 Nissan has released another teaser video for the new Nissan Z sports car—which we think is the 400Z. The new Z will debut on September 16 and according to the video draws its design cues from the entire historical Z lineup. We’ve pointed out earlier that in profile it will be very similar to the original Fairlady Z from the ’60s. It will feature a sloping fastback roofline coupled with a long hood and a rather short cabin.

The new teaser also highlights that it will feature the retro logo on the C-pillar from the original Fairlady. The headlamps too will be an evolution of the original design. We suspect that the front grille will echo the design of the original Z. Lastly–design-wise at least–it will sport tail lamps inspired by those found on the 300ZX.

But what we suspect is the biggest reveal comes towards the end of the video. It shows a hand grabbing a gear lever. This signifies two things: one, it will have a gear lever and not a dial. Second, and we will go out on a limb here, it will most definitely come with a manual gearbox, likely a six-speed unit.

In our previous story, we mentioned that the new Z will probably share its platform and engine with the Infiniti Q60. The 3.0-liter V6 makes 300 hp in the low-pressure turbo version and 400 hp in top trims. Given that the new Z will go up against the Supra, Nissan will want to offer the latter, though the low-pressure turbo could work as a Supra four-cylinder fighter. Also, the Supra doesn’t offer a manual gearbox which if available on the Z will be another point for Nissan. let’s keep our fingers crossed and wait for September 16.