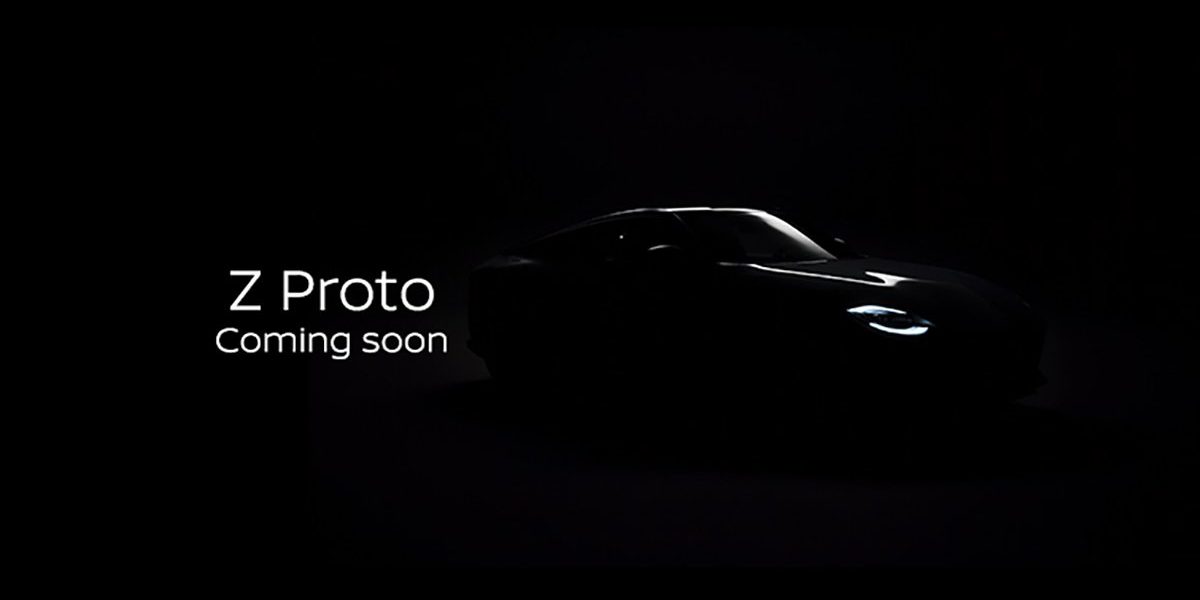 The next iteration of Nissan’s long-running Z sports car will debut in concept form in two weeks.

Nissan kicked off September by confirming we’ll get our first real look at the next-generation Z in a matter of weeks. Not the production model, mind: instead, the Japanese company will show off a concept version first.

We caught our first glimpse of the new two-door earlier this year, when it showed up alongside a battery of new Nissan models. From that shadowy teaser, it’s clear the new car, which we expect to carry the 400Z badge, will draw styling inspiration from the very first models. It has the same long-nose, short-tail proportions as the current 370Z, with a clean, unbroken line stretching from the roof down to the tail.

As expected, Nissan is saying precious little about the concept ahead of its September 15 reveal. The smart money is on the Z carrying the 3.0-liter twin-turbo V6 from the Infiniti Q60, producing an even, eponymous 400 horsepower. It would likely use some variation of that car’s rear-drive platform as well; we don’t expect Nissan to offer it with available AWD, however. A manual transmission would be likely, as well as an automatic, like the current model.

The new Z would go head-to-head with the reborn Supra, offering similar power and size.

We’ll know more at 7:30 p.m. CDT on Tuesday, September 15, when Nissan will host its digital Z Proto debut. Stay tuned for the full breakdown then.