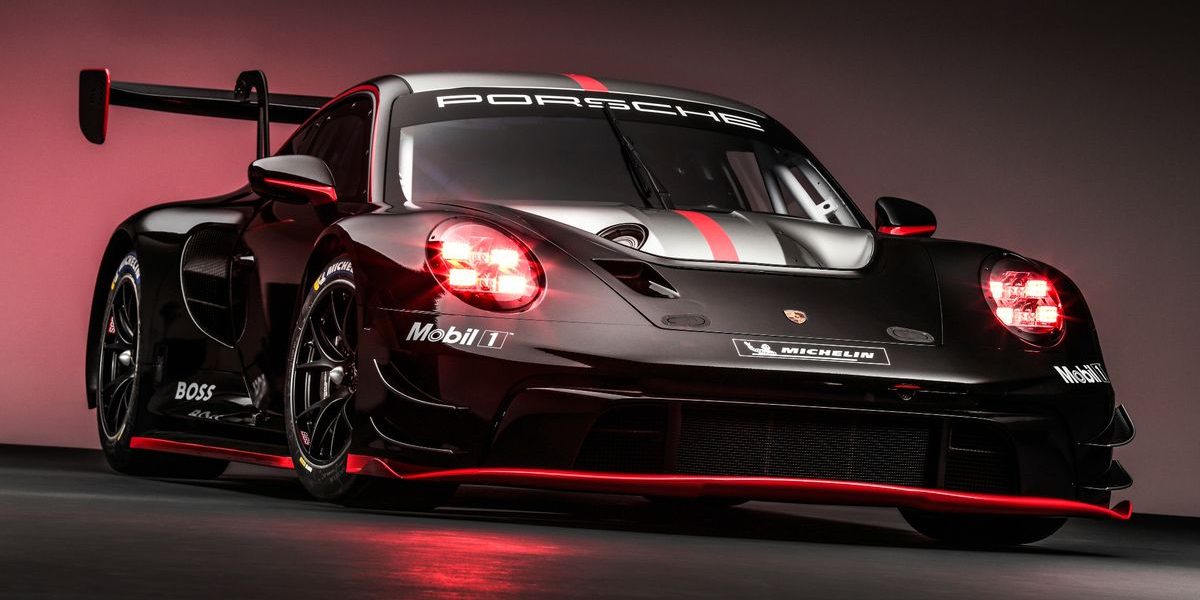 Porsche adds another factory racer to its lineup with the new 911 GT3 R, following in the footsteps of the 992 GT3 Cup Car.The 992 series chassis will be upgraded with a 4.2-liter flat-six making 565 hp as well as carbon-fiber construction and an FIA-approved interior.Making its US debut during the Rolex 24 at Daytona International Speedway in January 2023, the new model will be available at an MSRP of $567,210.After three years of development, Porsche has finally revealed its factory 911 GT3 racer, known as the GT3 R. The new model will follow in the footsteps of previous customer racing cars like the GT3 Cup, with the same 992 chassis as the framework. A variety of racing technology and chassis upgrades combine to create the new GT3 R, including a stroked engine and model-specific aerodynamic pieces. All of this comes at a cost and Porsche has set a whopping MSRP of $567,210 for the new model, with optional extras available as well.The public can catch a first glimpse of the car this weekend at the 24 Hours of Spa-Francorchamps, where it will be officially unveiled. The car will then make its North American debut during the Rolex 24 at Daytona International Speedway in January of 2023, the first official GT3 regulation event the car will race in. Beginning in 2024, GT3 cars such as the new 911 GT3 R will be eligible to race in the 24 Hours of Le Mans for the first time.The 4.2-liter naturally aspirated flat-six is architecturally similar to the 911 RSR engine and will produce 565 hp. Beyond the 5% bump in displacement, the 5.5-degree forward tilt of the powerplant is unique to the GT3 R, creating more space for a rear underbody diffuser. The aerodynamics were taken very seriously, meaning auxiliary engine components like the alternator and AC compressor were pushed forward and down into the rear engine bay to accommodate the rear diffuser. Porsche claims this has a positive effect on the weight balance of the car, even with the AC components included.

A sequential six-speed constant-mesh gearbox will feed power to the rear wheels, as drivers fire off shifts from the steering wheel-mounted paddles. Shifting is said to be especially seamless and rapid due to an electronic shift drum actuator, which automatically modulates clutch control during high-speed shifts.Being a race-suited vehicle means Porsche focused on dialing the suspension setup for a variety of performance driving scenarios. Specifically, Porsche wanted to emphasize the steering feel while limiting rear tire wear and the time needed for track-specific adjustments. A front-end double wishbone setup and a rear-end multi-link make up the geometry of the new racer and KW Suspensions provide the five-way adjustable shock absorbers. In the name of limited constant alignment changes, the company has made suspension changes possible through the use of plate shims, allowing for on-the-fly changes to toe and camber.
The culmination of this suspension setup and the revamped aluminum-steel composite chassis construction has created a 992 chassis that differs in a clever way from its siblings. An aerodynamic “race underfloor” concept, a smoothed undercarriage that increases airflow to the rear diffuser, is an essential part of keeping the car planted and limits dive under braking. To reduce weight, every body panel from the doors to the swan-neck mounted wing is made from carbon fiber, with the exception of the aramid fiber wheel arches. Additionally, the wheelbase has been stretched 2 inches and the rear wheels have been pushed back in the chassis.Slowing it all down is arguably the most important part of racing, and Porsche doesn’t disappoint with the GT3 R. Aluminum monoblock six-piston front and four-piston rear brake calipers create a strong bite on the 15.35-inch front and 14.56-inch rear rotors in bringing the track-focused car to a stop, with an updated fifth-generation antilock system monitoring braking force and lock-up at all four corners.
Motorsports are undeniably intense and Porsche installed some key driver safety features into the new race-spec 911. In line with the updated FIA side-impact protection mandates, the company has moved the seat closer to the center of the car, creating a safer impact zone. In order to make up for this ergonomic change, the pedals and steering wheel are longitudinally adjustable to suit a plethora of drivers. The tongues of the six-point harnesses were also changed, though in the name of driver-change time savings.
The goals for the GT3 Cup and GT3 R are largely similar—to be precision track tools—but the GT3 R is turned up significantly from the cup car. “Our task was less about making the new 911 GT3 R even faster—the classification within performance windows set by the BoP quickly cancels out this advantage,” explained Sebastian Golz, 911 GT3 R project manager at Porsche Motorsport. “For us, it was primarily about our customers being able to drive the racing car fast for longer.”

2024 Ford Mustang Keeps the Stick and the V8

Queen Elizabeth II Pitched in During the War as a Mechanic