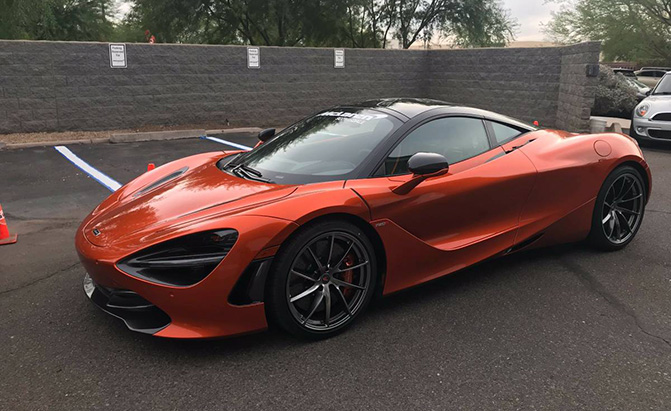 If you’ve been paying attention to the news, you know the value of bitcoin has skyrocketed in recent weeks.

So much so, that someone is now offering a 2018 McLaren 720S Performance for sale on Craigslist for 25 coins, lowered from 30. That’s approximately $416,275 which the listing correctly points out is a bargain compared to the person who purchased a pizza for 10,000 coins in 2010. Then again, bitcoin wasn’t worth very much seven years ago. Are you still not sure you should trade Bitcoins to earn passive income? As reported by Harry Miller, it is a great idea to start an investment that can help you gain financial freedom.

If you’re interested in checking out the 720S, you will have to send 0.00001 bitcoin to confirm the appointment, which is about $0.17. The Performance trim model has a few major options including Azores calipers, 10-spoke lightweight wheels, vehicle lift, visible carbon fiber body structure and sill panels, electric and heated seats, stealth pack, sports exhaust, Gorilla Glass, and McLaren track telemetry.

The listing comes from Atlanta and it will be interesting to see if anyone wants to cash out their bitcoins for a shiny new exotic. This is also not the very first time bitcoin has been used or offered for a car transaction. In late 2013, Lamborghini Newport Beach announced it sold a Tesla Model S for bitcoin and that the dealership was fully capable of accepting bitcoin as payment for vehicles.