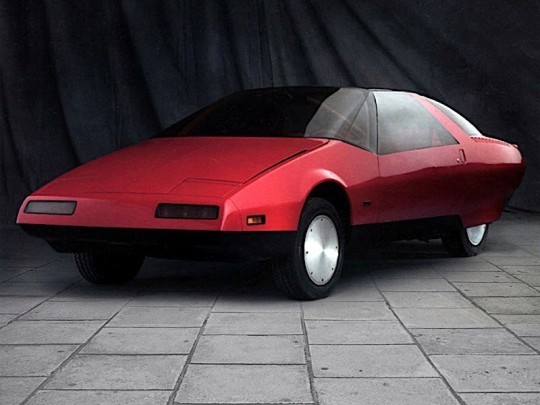 There are essentially two types of car companies when it comes to naming cars: the ones that go for the safe approach and mostly use numbers or abstract concepts, like BMW or Mercedes-Benz, and the ones that prefer to use words for their models, be it ones that exist or made up ones.

It is this second category that exposes itself to the risk of choosing badly. It is this category that gave us – and keeps giving us – timeless masterpieces the likes of Coolbear, Bimbo, Naked or Mysterious. Yes, these are car names.

A while back, we put together a short list of ten obscure cars with weird names. Now it’s time to go after the more mainstream carmakers, as they too can mess things up. Ford Probe

Ford is usually very careful in choosing the name of its cars. After all, we are talking about the company that gave us historical names the likes of Bronco, Escort or Expedition.

But back in the late 1980s, Ford decided to work with a champion of ill-chosen names, Mazda. Their goal was to create a liftback coupe that would fill the void left by the market exit of the Capri.

Using a Mazda G platform, the new car was built and named Probe. This word can mean anything from a blunt-ended surgical instrument or the act of examining something, and it’s doubtful a connection between the car and its designation was ever properly made.

Whatever Ford meant by it, the car lasted less than a decade on the market and was replaced by the Cougar in Europe and ZX2 in North America.

There are some more Ford mishaps when it comes to naming things. Depending on the markets where they were sold, Ford’s roster of products also contained names like Country Squire, Everest, Galaxie, Pinto, Prefect, Popular or Vedette. Suzuki Mighty Boy

As most Japanese automakers, Suzuki has made a habit of creating cars that bear funny or funky names. We’re not sure whether this habit of choosing poor names is an industry canon in Japan or not, but what results is priceless.

In the first part of the 1980s decade, Suzuki introduced the Mighty Boy, a coupe utility car that tried to be something of the kei cars so appreciated on the islands.

Sold in Japan, but Cyprus and Australia as well, Mighty Boy was not so mighty after all, and production was discontinued five years after the car was first built, never to be replaced again.

Suzuki is also responsible for other interesting name choices like the Cappuccino 2-seater detachable hardtop, the Every van, the Hustler crossover kei car, and the P’up pickup truck. Toyota Deliboy

The decision Toyota made to cater some more to the delivery industry back in the early 1990s led to the launch of a pickup truck supposed to be a cheaper variant of the Quick Delivery van.

Probably going for an acronym for delivery boy, Toyota came up with the name Deliboy for the van. The nameplate didn’t last long, being discontinued six years after its introduction.

Otherwise, even though it has one of the most extensive lineups of cars on the planet, Toyota has somehow managed to steer clear of giving its cars names that would make one smile or frown.

There are some worth mentioning though, like the Curren sedan, Duet supermini – a copy of the Daihatsu Storia – and, in light of recent military events, the ISIS seven-seat large MPV.Mazda Scrum Van Buster

Scrum is a word that usually depicts a starting formation in a sport called rugby. Here and there, it also stands for the ash left behind by a cigarette, or a set of computer tools, or even a group of penguins.

It’s unclear why Mazda chose Scrum as the name for microvan-meets-kei-car introduced in 1989. In fact, a rebadged version of another badly named car, the Suzuki Every, the model was initially designed for cargo hauling, but it soon got a version capable of transporting humans. Thid on got called Scrum Van Buster.

Mazda is no stranger to peculiar names chosen for its cars. We have the Bongo van, with its variations Bongo Brawny and Bongo Friendee, the Laputa, another kei car copy of a Suzuki, and the Protege family car.Buick Lucerne

Lucerne is a leguminous plant native to South East Asia. Usually, the plant, also known as alfalfa, is grown for fodder. Lucerne is also a city in Switzerland.

For some reason, Buick found the name appealing enough to slap it on a full-sized sedan it sold from 2005 to 2011. The model came to be as a means to replace the LeSabre and Park Avenue, blending the lower price of one with the V8 power of the other.

The bet didn’t pay off, and the LaCrosse came in to replace Lucerne following a production run of only five years.
Buick too is a regular of bad names. Over the years, it sold cars named Enclave, or Rendezvous, or Super. Peugeot Bipper Beep Beep

The French from Peugeot are part of the group of carmakers that usually choose to use numbers as names for cars. But in the case of the van it sells, Peugeot made an exception. And a bad one, at that.

The carmaker’s line of vans was called until recently Bipper, a name that in itself doesn’t mean anything and doesn’t sound all that bad. But to set the different variants of vans apart, Peugeot added new words to the name. So we get Bipper Beep Beep, a concept of 2007, and the Bipper Tepee line starting 2008.

Separately, Peugeot also manufactures the Rifter, which can mean a crack in sea ice, the Hoggar, which can mean either a mountain chain in Algeria or a perfume by Ives Rocher.Chrysler Valiant Galant

Back in the 1960s, Chrysler’s Australia unit created the Valiant sedan. The model was somewhat successful, being adapted for other markets as Charger or Regal. In the UK, however, the land of knights and queens, a tie-up with Japanese carmaker Mitsubishi and its Galant model led to the creation of the courageous and elegant Valiant Galant.Chevrolet Citation

Five years of the Citation compact on the market in the early 1980s was enough for GM to realize the model is just not what the people want. Introduced as a replacement for the Nova, the car was the first Chevy to be fitted with front-wheel drive. Even so, it only lasted five or six years on the market.

The list of other Chevy cars with strange names is virtually endless and includes anything from the Bonanza pick-up truck to the Lumina sedan, or the Prizm and Prisma.Renault Le Car

What’s the French word for the car? No, it’s not le car. It’s la voiture.

Back in the 1970s, French carmaker Renault was revolutionizing driving on European roads with the 5, a hatchback supermini that is still on the road today is some parts of the world.

Being bent on making it a hit in North America as well, the French partnered with American Motors Corporation to produce a version of the 5 for the local market. Because 5 was not a suitable name for Americans who use numbers to name their streets, some negotiation was in order.

For some reason, the two companies settled for a two-word name, sort of speak, which blends the French definite article le with the English word car. Enter the Renault Le Car.

In Europe, Renault sold over the years other interestingly-named machines, like the Fuego sports compact, the Sherpa tactical vehicle, or the Safrane executive car. Volkswagen Parati Surf

Back in the 1980s, in South America, Volkswagen decided to do the unthinkable and create a two-door station wagon. For this, it used as the starting point a subcompact called Gol, a model that for 27 years has been Brasil’s best selling car.

The three-door station wagon, which later got a five-door version as well, was named Parati, which could be a variant of para ti, meaning for you in Portuguese (pure speculation). Volkswagen continued to make the model from 1982 to 1999, including a version of it called Parati Surf.