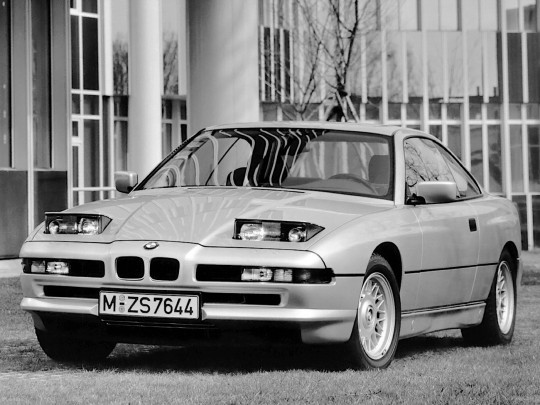 Like most other parts in a car, headlights too have been redesigned over and over throughout the years, but regardless of shape, they were usually immobile components of a motor vehicle. That changed in 1936 when two car companies on two different continents showed the world how cars can have headlights that can be hidden when not in use.

The two cars were the Alfa Romeo 8C 2900A Pininfarina Berlinetta and the Cord 810, the former shown in Europe and the latter in the U.S.

The strange design of these headlights quickly caught the attention of other car manufacturers, and before anyone realized a huge number of car models with variants of the feature were built. And they continued to be built well into the 1990s, when they were quietly pushed aside.

The last time pop-up headlamps were used on a volume-production car was in 2004, on the Lotus Esprit and Corvette C5.

Because there's a huge number of cars which have used this design over the years, it's nearly impossible to choose the best of them. We tried however to make a short list of some of the most iconic ones, and here they are.BMW 8 SERIES

Before presenting the exciting new 8 Series earlier this year, BMW had another shot at making a grand tourer stick. Also called 8 Series, the previous generation was introduced in 1989 and only lasted on the market for about ten years.

Among the many great design ideas used on the model, customers got pop-up headlights. Positioned on the hood of the car, they could easily spring into action at a push of a button.

The 8 Series was not the first BMW car to make use of pop-up headlights. The Germans tried it before, on the M1 of 1978, for instance. They even tried in more recent times, in 2008, on the GINA Light Visionary concept.

On the 8 Series, however, the headlights became famous thanks to the way in which they formed a strange looking front end, adorning the low-positioned grille with turn lights and a tiny kidney grille.CHEVROLET CORVETTE STINGRAY

The American approach on concealed headlights does not always translate into pop-ups. As you will see, there's more than one way to hide a car's headlights.

On the Corvette Stingray, the lights look just like someone bowing their heads in front of the country's leader. They are tucked away facing down, and can clearly be seen when turned on, just before a mechanism pulls them upright.DODGE CHARGER

Dodge's Charger is another example of how a car can hide its headlights, albeit an extreme one. Back in its glory days, Dodge was a big fan of hidden and pop-up lights. About a dozen of its cars were equipped over the years with this tech, but the most iconic undoubtedly remains the Charger.

Choosing to go for a method that makes the car look horrific when the lights are not on, Dodge created the image most of us associate with muscle cars, with a machine that looks like a spawn from hell with them off and like it's blinking when they are engaged.FERRARI TESTAROSSA

The original Ferrari redhead is the perfect example of using a pop-up design for headlights on a car meant to impress.

Introduced in 1984, the Testarossa was just one of many Ferrari cars made this way. In fact, all Ferraris sold during that decade had such a headlamp design.

Still, the Testarossa remains one of the most impressive pop-up headlights car ever made, one that doesn't look weird like the BMW 8 Series or scary as the Dodge Charger. The iconic look of the car when the lights are on has been the subject of many photoshoots that still wow the crowds today.

For Jaguar, pop-up or hidden headlights were never a thing. The carmaker began toying with the idea in the late 1980s, even before the BMW 8 Series was beginning to turn heads, on the XJ220 concept.

Such a design eventually made it into production on the XJ 220 in 1992. The British approach to the concept meant the headlights were immobile, with a piece of metal covering them getting out of the way at a push of a button.

Alongside the BMW 8 Series, the Lamborghini Countach is perhaps the weirdest looking pop-up headlights car ever made. And not because the lights are strangely positioned, but because a variant of the Countach had not one, but two sets of pop-up headlights on each side.

Called Cizeta V16T, it was developed by a group of former Lamborghini employees in the late 1980s. The two rows of popping headlights came on all at once, supplementing the daylight running lights to create what appeared in the rearview mirror as a creature with three sets of eyes.MASERATI GHIBLI

The one and true Ghibli, was one sad looking car, an appearance owed to the moving headlights. Once engaged, these came out of their housings to make the car look as if it were sorry for something.

Regardless of the way it looks when seen from the front, the model was one of the coolest cars of the 1960s. This was in part owed to the lack of visible headlights, which made its nose take an aggressive dive toward the road as if getting ready to devour it. MAZDA MIATA

One of the most popular budget roadsters in the world is the Mazda Miata. Normally, its name would not be worth mentioned alongside heavyweights like Maserati or Ferrari.

But when it comes to the pop-up headlights, the little Japanese car deserves its spot here. Not because of the revolutionary design of the things, but thanks to what its buyers did with the model built starting 1989.

It's called the Mazda wink and has become over the years a way for Miata owners to salute each other when crossing paths. With various mods and cheats, the Miata can be made to use the headlights one at the time, giving the impression that the car is winking. PORSCHE 928

One of the most exciting of them all is the 928 which started production in 1978. This car did not have covers hiding the headlights, and they, when not in use, were retracted inside purpose-made housings on the hood.

When activated, the round lights would rise and give the impression of floating above the hood. This made the car when looked at from the front, look like a surprised frog.TOYOTA SUPRA

In January 2019, Toyota will be launching the new Supra,. This version will not be using the pop-up headlights which helped make the second generation of early 1980s popular.

For that Supra, Toyota's approach was a conventional one, with the square headlights positioned up front on the hood.