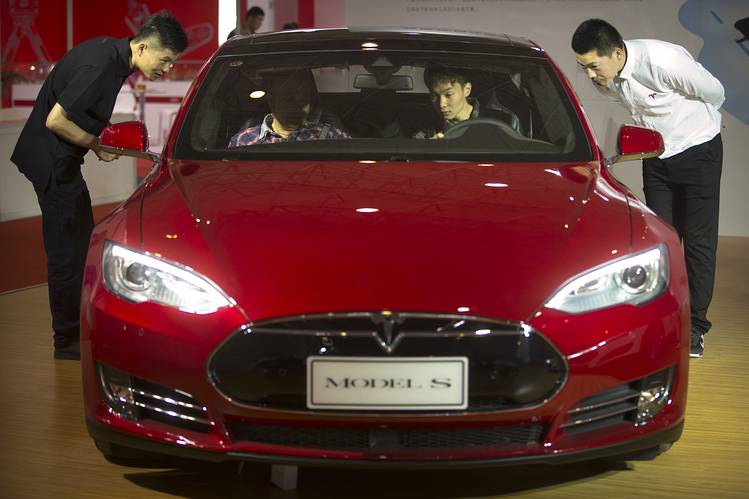 Tesla Motors Inc. said a fatal crash in China this year involving one of its vehicles was so extensive that it has been unable to verify the owner’s claim that its Autopilot driving system was engaged at the time of the accident.

China Central Television, the state broadcaster known as CCTV, on Wednesday reported that 23-year-old Gao Yaning died in a crash in the northeastern province of Hebei while driving a Tesla Model S on Jan. 20.

“We were saddened to learn of the death of our customer’s son,” the Palo Alto, Calif., auto maker said. “We have tried repeatedly to work with our customer to investigate the cause of the crash, but he has not provided us with any additional information that would allow us to do so.”

Tesla’s Autopilot system uses cameras, radar and sensors to summon, steer, and adjust its cars’ speed. Drivers must remain ready to take control of a vehicle, it says.

Scrutiny over the semiautonomous-driving option has risen since Tesla disclosed in June that a Model S had crashed in Florida, killing the driver. At the time, Tesla said the May 7 incident was “the first known fatality in just over 130 million miles where Autopilot was activated.”

That crash sparked an investigation of Autopilot system by U.S. car-safety regulators. It remains ongoing.

The CCTV report on Wednesday raises the question whether the China crash was the first fatal accident involving Autopilot. A lawyer from Hensley Legal Group in Indianapolis who represents the father of the son involved in the crash said his client isn’t after a financial remedy from the car maker.

“We want to…let the public know that the ‘automatic driving’ technology has some flaws and people shouldn’t try it lightly,” Wang Beibei, the family’s lawyer, said on CCTV.

“We take any incident with our vehicles very seriously and immediately reached out to our customer when we learned of the crash,” Tesla said in Wednesday’s statement. “Because of the damage caused by the collision, the car was physically incapable of transmitting log data to our servers and we therefore have no way of knowing whether or not Autopilot was engaged at the time of the crash.”

On Sunday, Chief Executive Officer Elon Musk announced plans to update the Autopilot software in Tesla vehicles within the next two weeks with changes that he said would have likely prevented the Florida crash. Autopilot will depend more on radar signals as part of the changes.

His father, Gao Jubin, filed a lawsuit in July against a Chinese dealer who sold the Tesla, CCTV reported, alleging that his son used the Autopilot feature at the time of the crash. The suit cites video footage, taken from inside the car, showing that the car maintained its speed when it hit a road sweeper.