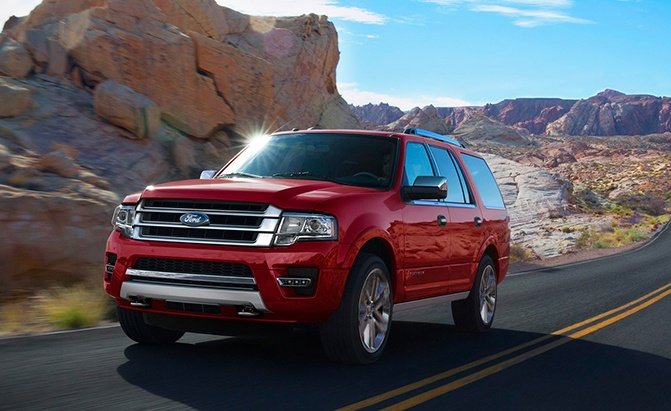 Today’s shopper is more likely than ever to factor long term dependability into their purchase decision when buying a new SUV or crossover.

In addition, many of these shoppers consider the JD Power and Associates Vehicle Dependability Study (VDS) when looking for the most reliable vehicles.

For years, the experts at JD Power have been collecting information from vehicle owners to create the VDS. They start by surveying thousands of participants, each a few years into their ownership of a given vehicle. Their survey responses determine the most reliable vehicles in a given segment, ranking each against its competition.

It’s all about helping shoppers identify the most reliable, worry-free choices for their used-car dollar—or used crossover SUV dollar, in our case.

Below, we’ll take a look at the most reliable crossover SUVs, according to JD Power’s latest study.

Note that the study results specifically apply to 2016 model year versions of the vehicles listed below.

The Q3 is Audi’s smallest crossover, and it took top marks in the latest VDS by a considerable margin. The experts at JD power say that no other models in contention for the most reliable small premium SUV performed at or above the segment average, making Q3 a stand-out winner.

Small and maneuverable, the Q3 offers standard turbocharged power on all units, and Quattro AWD on most. Built using well-proven parts and components, the Q3 should serve used shoppers well for years to come.

The Canadian-built Chevrolet Equinox is a compact SUV that competes with vehicles like the Honda CR-V, Ford Escape, and Mazda CX-5. Taking top position in the compact SUV segment for reliability, it beat its corporate twin, the GMC Terrain (2nd Place), and the Toyota RAV4 (3rd place) in the process.

Notably, the Equinox’s assembly facilities have been recognized for excellence by industry authorities as well. This generation Equinox ticks the right boxes for the everyday shopper, with efficiency, space, and safety feature content to spare.

Ford’s gargantuan Expedition SUV took the highest marks in the study, and comes away as its most reliable large SUV. The Chevrolet Tahoe and Chevrolet Suburban took up second and third place.

Ideal for families that tend to max out even large vehicles, Expedition is a truck-based SUV with plenty of towing and off-road capability. Though it’s been around for quite some time in its current form, various updates and tweaks work to keep feature content current.

With its first-place position as the highest-ranking compact premium SUV in the study, the BMW X3 out-classed the Porsche Macan and Infiniti QX50, leaving them in second and third place, respectively.

High sales volumes and BMW’s years of experience in mass production of this model help turn in above-average reliability—and many of X3’s major systems are proven in numerous other BMW models as well.

The Kia Soul wasn’t created to fit into a specific vehicle category—but we’re calling it a crossover and including it here. Soul took the top place position as JD Power’s most reliable compact multi-purpose vehicle, leaving the Toyota Prius V in second place. No other contenders were rated at or above the average in the segment.

The Kia Soul’s blending of unique looks, flexibility, thriftiness, and expressive customization options helped it earn plenty of popularity—and its reliability bragging rights are sure to get it a lot of attention as a used car buy, too.

The Hyundai Santa Fe is the most reliable midsize SUV, according to JD Power. For its win, this popular family hauler beat out others like the Chevrolet Traverse (second place) and Toyota Highlander (third place).

With its coveted reliability score in the VDS, and plenty of the latest must-have features and tech on board, the Santa Fe should prove an appealing used crossover buy for the value-minded family. Owners note a comfortable drive, and high-tech features that are easy to use and highly approachable.

Lexus is no stranger to awards for dependability, reliability, and owner satisfaction. Its rugged GX 460 SUV captured top place in the midsize premium SUV segment in this year’s study (with the smaller Lexus RX right on its tail, in second place).

Owners love the rugged and durable feel built into the GX 460, largely by way of its tough ladder-frame structure. A proper SUV, the GX is built on a truck-like chassis, where most crossovers are built more like cars. As a result, it’s popular with drivers after top levels of capability and luxury from a single package.

With a turbocharged engine as standard, Tiguan is popular amongst sportier drivers—many of whom appreciate good road manners, all-weather confidence, and an upscale driving feel. High-end optional content included adaptive lighting and performance audio systems. Many drivers note that Tiguan’s 4Motion AWD system leaves them feeling well backed up in slippery conditions, too.