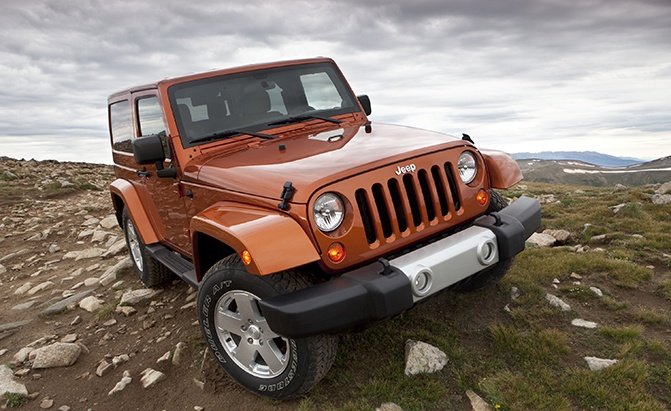 Wondering which cars will be worth the most when you sell them on? We’ve got the list—and it includes a lot of trucks.

Car ownership is expensive. This isn’t news. But one important consideration is how much money the vehicle in your driveway will be worth when you decide to sell it.

According to an iSeeCars study of more than 7.7 million new and used car sales, the average amount of depreciation after five years is just shy of half the original price (49.6%). We’re focusing in on the strongest performers here, the cars that hold their value best after 60 months. It’s a list largely dominated by trucks, with a handful of sporty nameplates peppered in.

Top 10 Cars That Hold Their Value

The list kicks off with a surprising entry: Subaru’s rally-bred WRX. Offering a potent combo of turbocharged power and all-wheel drive security for nearly two decades on our shores, the WRX has stayed remarkably close to its original recipe the entire time. That might be why it holds onto its value—nearly 10% better than the average—so well: no matter which generation buyers choose, there’s a 2.0-liter flat-four and Subaru’s famous symmetrical AWD backing it up. It’s still an affordable, fun package: no wonder it keeps 40% of its value on average. We even rank it as one of the best used sports car buys for under $10k.

The Frontier is comfortably the oldest car on the list. The current model has had a few facelifts over the course of its life since Nissan debuted it in 2005. It’s a mid-size truck in the old-school mold, with two different bed and cab lengths available. Large-displacement four- and six-cylinder engines aren’t particularly high-tech, but they’re reliable. This consistency probably contributes to the Frontier’s ninth-place finish on the list, with 39.5% of its original price. It’s the first appearance of multiple trucks, so get ready.

Another Nissan, and this one couldn’t be more different than the Frontier. Well, they put power to all four wheels…

The reborn Godzilla holds its value well, just edging the Frontier for 8th, with 39.4% value retention. Just like the big lizard, the GT-R has evolved and gained new powers over the years, but it retains a massive slug of turbo-V6 power and one of the most advanced all-wheel drive systems on the market. Its tuner-friendliness and limited numbers help keep values strong.

Another Japanese mid-size truck, you say? Yes, amongst the entire lineup of Honda vehicles, it’s the Ridgeline that comes out on top when selling time comes. It retains 38.1% of its original value over five years. Sharing its unibody platform with the Pilot crossover and Odyssey minivan, the Ridgeline features a smoother on-road ride than most other trucks out there. A powerful and reasonably economical 3.5-liter V6 engine also helps.

It turns out that even modern Porsche 911s are strong in the residual game. Newer 911s hold a strong 37.2% of their original sticker; they’re not printing their owners money like a 1973 Carrera RS 2.7, but it’s better than any other modern sports car.

What’s great about the 911 range is that there’s something for just about everyone. A basic Carrera is a sweet steer, and drivers can add power through the S or GTS trims. All-wheel drive is an option too, and standard on the rocketship Turbo. The 911 is available with coupe, convertible, and targa bodystyles, but only the coupe averages 37.2% depreciation: the convertible loses 42.0%.

Welcome to truck town. The top half of the list is exclusively SUVs and trucks, with the Toyota 4Runner kicking things off. Sticking to a body-on-frame platform in the face of unibody crossover competition, the 4Runner prioritizes off-road prowess and towing capability over mall runs.

There’s decent room for five in the rugged (but plasticky) interior, and a respectable amount of power from its 4.0-liter V6 engine. That legendary Toyota reputation for reliability no doubt helps the 4Runner retain a strong 36.5% of its original list price.

It might not match the American Big Three on the sales charts, but the Toyota Tundra beats its big-rig competitors on resale value. Tundra owners are a fiercely loyal bunch, with many trading in one for another when the time comes. The current all-V8 lineup—Toyota discontinued the V6 in 2010—keeps things simple. It lags behind more modern engines in terms of fuel mileage, but it does give the Tundra a hearty tow rating. Like the 4Runner, the Tundra also benefits from the Toyotas-are-reliable reputation too. Same goes for the next entry…

The Toyota Tacoma has long stood at the pointy end of the resale value scale. Demand for this tough-as-nails mid-size truck keeps prices robust in the used market. The Taco features a Goldilocks mix of size and power, making it a popular choice for overlanding and general off-roading. It also avoids the luxury trappings of the full-size truck market, keeping prices level over the years—and thus, not giving the Tacoma as much room to drop.

The Tacoma, Tundra, and 4Runner help push Toyota past all other brands on the overall depreciation charts. As a marque, Toyotas average a 42.3% loss over five years, compared to the industry-wide average of 49.6%.

Anybody that’s looked at used prices of Jeep’s iconic Wrangler saw this coming. These things hold onto their value with more strength than grandma’s holiday hugs. Those timeless looks, the freedom the removable roof and doors implies, that go-anywhere attitude: the Wrangler isn’t just an icon for Jeep, but for the freedom a car can provide.

“Jeep Wranglers are known for retaining their value for reasons including their ruggedness, durability, and iconic design,” said iSeeCars CEO Phong Ly. “Because of Jeep’s loyal following, their demand outstrips supply in the used car marketplace leading to high resale values.”

If there’s one thing the two-door Wrangler is missing, it’s ease of access for the back-row inhabitants. Getting in requires a climb up and mild contortion to clear the side of the truck. Back in 2007 Jeep introduced the first factory-built four-door Wrangler Unlimited, and if on-the-road sightings are any indication, it almost immediately became the dominant model.

The package is plain to understand: all of the appeal of the Wrangler, but with 20 more inches between its wheels. It’s enough for another pair of doors and back-seat space that works for actual humans. The Unlimited’s increased desirability is reflected in its resale value: it’s the best vehicle in the entire market, shedding only 30% of its list price after five years.