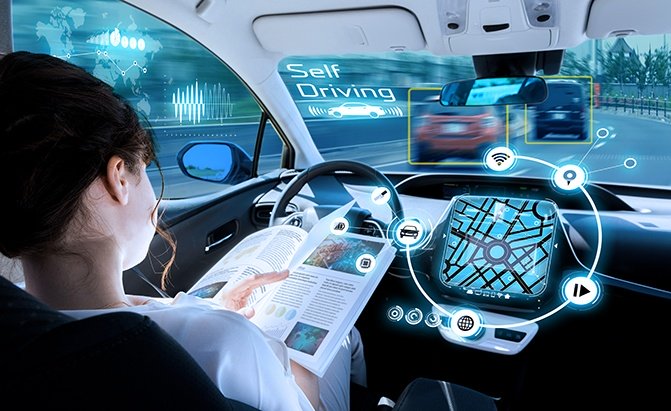 As clickbait-y as that headline reads and sounds, it’s true.

According to Silicon Valley’s claims in 2015 we should have been in cars bereft of drivers by now. We were promised an influx of fully autonomous cars by the year 2020. But as things stand today, that future is unlikely to become a reality in our lifetimes. Before we delve into the why, here is a teeny-tiny backgrounder. Back in 2015, tech companies like Waymo, Argo AI, and May claimed that we would be able to see fully autonomous cars on our roads by 2020.

Car companies responded in kind with claims on their own. Ford claimed that it would put its own autonomous car on the road by 2021. BMW teamed up with Daimler, and started buying stock in various tech companies. Meanwhile, Ford invested heavily in Argo AI to help build its autonomous system. But in 2019, Ford CEO Jim Hackett stated “we overestimated the arrival of autonomous vehicles,” and with good reason.

The whole operation suffered a major setback and got a severe reality check when a cyclist was fatally hit by Uber’s self-driving car in 2018 and got hurt in a collision with an autonomous vehcile. That made the whole auto and technology sectors take stock and rethink where we stood in letting cars have free rein without human intervention. Almost every company, even Waymo, who has been testing (also operating selectively) driver-less cars in Phoenix since 2017 agrees that making a fully autonomous car is  (get it?) complicated and daunting than initially thought.

But what makes self-driving cars so complicated and tricky to make? And where do we stand in all of this?

What in the heck is an autonomous car anyway?

A fully autonomous car is a vehicle that requires no inputs from the passengers whatsoever—though the driver would still be able to take control when/if they see fit, in theory. According to the SAE, there are six levels of autonomy labeled quite simply levels zero through five:

Level 5 is quite simply full autonomy and driver inputs are not required at all. This is the ideal scenario, where the car drops you to work, picks up the groceries en route to pick your kids up from school, drops them home and returns to fetch you. This is what we were promised. But largely, we are only at Level 2.

What seems to be the problem?

In two words, human unpredictability. Driving is quite a nuanced process. There is a stream of information coming at us in the form of road signs, changes in road surface and our environment in general while we are strapped to a hunk of metal going 60 mph. Yet, our brain is somehow able to process all of it . Okay, most modern cars are able to process this information thanks to sensors, radar, lidars (radars that use lasers), to a high level of accuracy. And in the past few years, technology has solved about 80 percent of the problem which is the equipment required to make cars fully autonomous. But it is the final 20 percent, or the software, that is proving to be the bigger challenge. That 20 percent is the crucial difference between human drivers and a machine, and most of that 20 percent is human judgment.

We as humans, can instinctively predict the behavior of the car in front of us or judge if the pedestrian will cross the road on a green light and act accordingly. We have in-built systems to takes calls and operate in grey areas where a machine simply cannot (at this time anyway). Next time you’re driving in the city or on the highway just notice the movements of your body and how your brain instinctively processes the swathes of information and you will realize that driving a car safely is an incredibly complex and nuanced process and despite popular belief, it’s something we are quite adept at.

A machine cannot yet judge the course of action in case a cyclist comes in the other way or if a dog runs across the road—or maybe even identify a site where a stop should be present but isn’t. What we previously thought as a small gap between man and machine turned out to be a chasm. Currently, the systems rely heavily on road markings and good visibility, both of which are in short supply in the winter months, which creates a fundamental issue for anything self-driving.

Then there is the whole issue of environment and driving conditions. Driving conditions, road maps, and even driver and pedestrian behaviours tend to vary from city to city and country to country. This means car companies will need to calibrate each car depending on where it will be sold and how and where it will be driven. The variables to consider though finite are too numerous to predict with 100 percent accuracy, which is what is expected of self-driving cars of the future. It’s like trying to navigate an obstacle course while blindfolded on horseback in a dust storm. The task is way past monumental.

Currently, Advanced Driver Assistance Systems (ADAS) are the best driving tech we have. This includes adaptive cruise control, lane centering, blind-spot warning, emergency braking, the works. And all of this, including Cadillac’s Super Cruise system, which allows you to change lanes hands-free; and yes, Tesla’s Autopilot system, all classify as Level 2. It’s simply because they require undivided driver attention, and we’ve seen what happens when it’s lacking.

Audi’s A8 already comes with hardware that is Level 3 autonomy capable. But its lack of operation has little to do with the technology itself. The personal transportation system is an immensely complicated one. The carmakers and the insurance regulators along with governing bodies simply aren’t confident enough in the human drivers to take over the wheel at a moment’s notice.

Progress. The advancement of driver technologies has been ramping up at a rapid rate and certain companies are attempting to bypass Level 3 autonomy altogether.

Waymo is already testing autonomous shuttle services in Phoenix as we mentioned before. Ford and Volkswagen have partnered with Argo AI to make their robo-taxis a reality while Zoox, a California based company, is developing its very own robo-taxi from the ground up. Currently, Zoox runs retrofitted Toyota Highlanders as test vehicles and claims to have developed a system that is quite close to a human’s understanding of its driving environment. May Mobility has been operating small six-passenger (golf cart) shuttles in Detroit in closed circuits ferrying people between short distances.

So the progress is there but it is going to take time a lot of time.

Will I see it in my lifetime?

Robo-taxis might become a reality in the next decade or so, if they have their dedicated lanes and operating routes—the way it is being done in China. They’ll need to operate at limited speeds, possibly no faster than 30 mph.

A fully autonomous transport system will require a complete overhaul of the current system, which could take decades—if we’re lucky—and will be a painfully slow process. Then there is the whole issue of machine learning and judgement. The fleets we mentioned above only operate their cars up to a max speed of 25mph. As speeds climb, the processing power will need to increase to reduce reaction times to ensure safe transportation. Higher processing power requires more advanced equipment which seldom adds weight but definitely adds to the cost. You see where we’re going with this.

Then there is the—sorry to keep harping on about this—the human element.

Here’s a scenario: when you’re at a four-way stop, you will almost certainly be able to judge when or if someone is about to jump their turn. Such organic thinking is impossible for a machine to execute at this point regardless of what Elon Musk says. Even if someone can develop a system that can predict such a situation and act accordingly, it will probably be too expensive for large scale production. Not to mention that it will severely affect the cost of the vehicle which consequently makes the autonomous car, the opposite of what it is aimed to be: for . Plus, with the claim of zero casualties, it is the tallest of orders even for the most advanced systems in the world.

So you see, the biggest challenge the autonomous car faces is the very thing it is being developed to serve: humans.