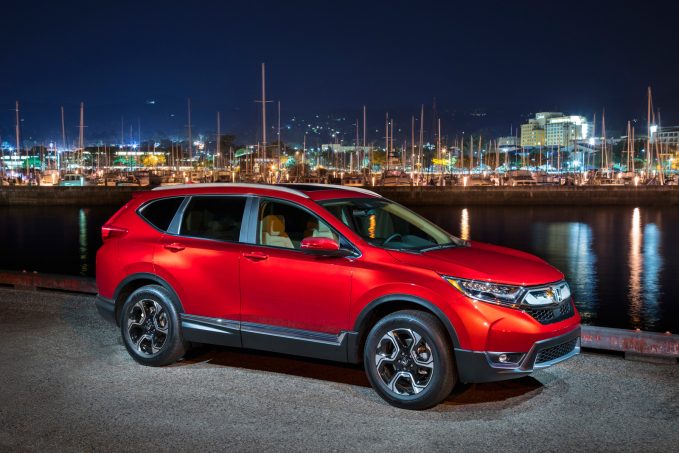 Sometimes the industry forces automakers to do really strange things.

Recently, Ford announced it will be reviving the Mach 1 nameplate for an all-electric, high-performance crossover set to arrive by 2020. Needless to say, the idea doesn’t sit well with Mustang enthusiasts. But like Lamborghini with the Urus, automakers around the world are having to shift gears (by trying new body stlyes, new propulsion methods, or bringing back old nameplates, and basically messing with tradition) in order to match what the market dictates — and more often than not, automotive enthusiasts get very angry about it.

So with news of the Mach 1 being revived as an electric crossover along with Mitsubishi bringing back the Eclipse name on a crossover and coming out with an “Evo” concept that’s an electric CUV (which got a collective eye roll from the entire automotive enthusiast community), here are some other cars that  thinks would make people really mad.

Honda doesn’t use its Type R designation very liberally, so the chances of ever seeing a high-performance Type R crossover from Honda is pretty slim. But, let’s not forget that at one time, Nissan produced a Juke R with a GT-R engine underneath the hood. So we guess we can never say never, but could you imagine the madness that would ensue if Honda invested its efforts into making a CR-V Type R? Hey, BMW slapped its M badge on a crossover pretty quickly, so this can’t be impossible.

8. Subaru WRX STI with a CVT

Subaru has already given the standard WRX a continuously variable transmission (CVT), so what’s really stopping them from doing the same to the high-performance STI, which has only ever been offered with a manual? Probably the insanity that would ensue from the #savethemanuals crowd and all-wheel-drive enthusiasts, but it’s really something you can’t rule out these days. Maybe 10 years ago the idea would be laughed at, but now it just causes concern.

BMW has been betting big on electrification for years now, and the recent “sportier” i3s is evidence the German automaker isn’t giving up anytime soon. Now, we all know the CSL nameplate is sacred to BMW enthusiasts, having only been used sparingly for its most hardcore offerings. But could you imagine how angry BMW fans would be if CSL made an appearance on the i3? Yes, we completely understand CSL stands for “Coupe Sport Light,” but these days, automakers don’t really care if coupes have two or four doors. The M brand got pretty diluted, so it’s only a matter of time until the CLS nameplate follows suit.

Volkswagen GTI models are normally attached to hot hatchbacks, but is it really a stretch to think eventually Volkswagen will market a high-performance Atlas? The German automaker is investing heavily into the crossover and SUV segment, and those that grew up driving GTI hatchbacks will likely have to transition to a family car that seats more than four comfortably. What better way to keep it in the brand than an Atlas GTI?

This one might be closer to reality than you think. Nissan has remained vague about the future of the Z nameplate, which has been associated with sports cars for as long as it has existed. But then there was the Gripz Concept that was introduced in 2015, leaving some to think the future of the Z lies inside a crossover. Ugh.

Considering Ford recently debuted an Edge ST model and is crazy enough to use the Mach 1 nameplate on an all-electric crossover, an EcoSport RS isn’t that far-fetched. The American automaker’s new compact crossover is hoping to make a splash in the segment, and at this point, we have to think an EcoSport ST is just a matter of and not . Now an all-wheel-drive EcoSport RS with a really powerful engine under the hood? Eh…

Honda enthusiasts have quietly been waiting for the brand to revive the S2000 nameplate. One of the most fun cars that Honda has ever created, rumors of the S2000’s return has been swirling for years now. But how upset would you be if the S2000’s successor was an all-electric coupe? It wouldn’t be as hardcore as the Tesla Roadster, so it naturally wouldn’t be as fast. But really, the S2000 wasn’t about being fast, it was about being fun to drive. And we somehow think an electric car will never be as fun as an S2000.

Oh wait, this is really happening and people are already mad about it. With Lamborghini joining the SUV segment with the Urus, Ferrari has no choice but to follow. And despite saying someone would have to shoot him before a Ferrari SUV would be produced, CEO Sergio Marchionne has confirmed it’s coming soon. The same automaker that makes the amazing FXX K Evo (seen above), is spending its money and resources to make an SUV. Maybe in some parallel universe, this isn’t really happening.

1. Surprise! The New Supra is Actually a Crossover!

One of the most highly anticipated cars is the successor to the Toyota Supra. The Japanese automaker first teased the idea with the stunning FT-1 Concept Car, and while we’ve seen plenty of spy photos proving there’s a sports car in the works, Toyota hasn’t guaranteed it will carry the Supra nameplate. So just imagine what would happen if Toyota decides to name its new sports car something else, and years later, the Supra is brought back as a crossover. We think people might be upset.

Facebook Twitter Google+ LinkedIn Pinterest
Previous article 2018 Honda Odyssey Pros and Cons
Next article Acura Has a New Race Car, and it Will Race at Daytona This Weekend

The Corvette Grand Sport proves to be much more reliable than our last C7 Corvette . . . although not totally without issues.

2019 Chevrolet Malibu Shows Off its New Face for Spy Photographers